The Effects of Shiga Toxin 1, 2 and Their Subunits on Cytokine and Chemokine Expression by Human Macrophage-Like THP-1 Cells

Mutagenic Deimmunization of Diphtheria Toxin for Use in Biologic Drug Development

Background: Targeted toxins require multiple treatments and therefore must be deimmunized. We report a method of protein deimmunization based on the point mutation of highly hydrophilic R, K, D, E, and Q amino acids on the molecular surface of truncated diphtheria-toxin (DT390). Methods: Based on their surface position derived from an X-ray-crystallographic model, residues were chosen for point mutation that were located in prominent positions on the molecular surface and away from the catalytic site. Mice were immunized with a targeted toxin containing either a mutated DT390 containing seven critical point mutations or the non-mutated parental toxin form. Results: Serum analysis revealed a significant 90% reduction in anti-toxin antibodies in mice immunized with the mutant, but not the parental drug form despite multiple immunizations. The experiment was repeated in a second strain of mice with a different MHC-haplotype to address whether point mutation removed T or B cell epitopes. Findings were identical indicating that B cell epitopes were eliminated from DT. The mutant drug form lost only minimal activity in vitro as well as in vivo. Conclusion: These findings indicate that this method may be effective for deimmunizing of other proteins and that discovery of a deimmunized form of DT may lead to the development of more effective targeted toxin. View Full-Text
Keywords: deimmunization; diphtheria; toxin; biologic drug; cancer; cancer treatment deimmunization; diphtheria; toxin; biologic drug; cancer; cancer treatment
►▼ Show Figures 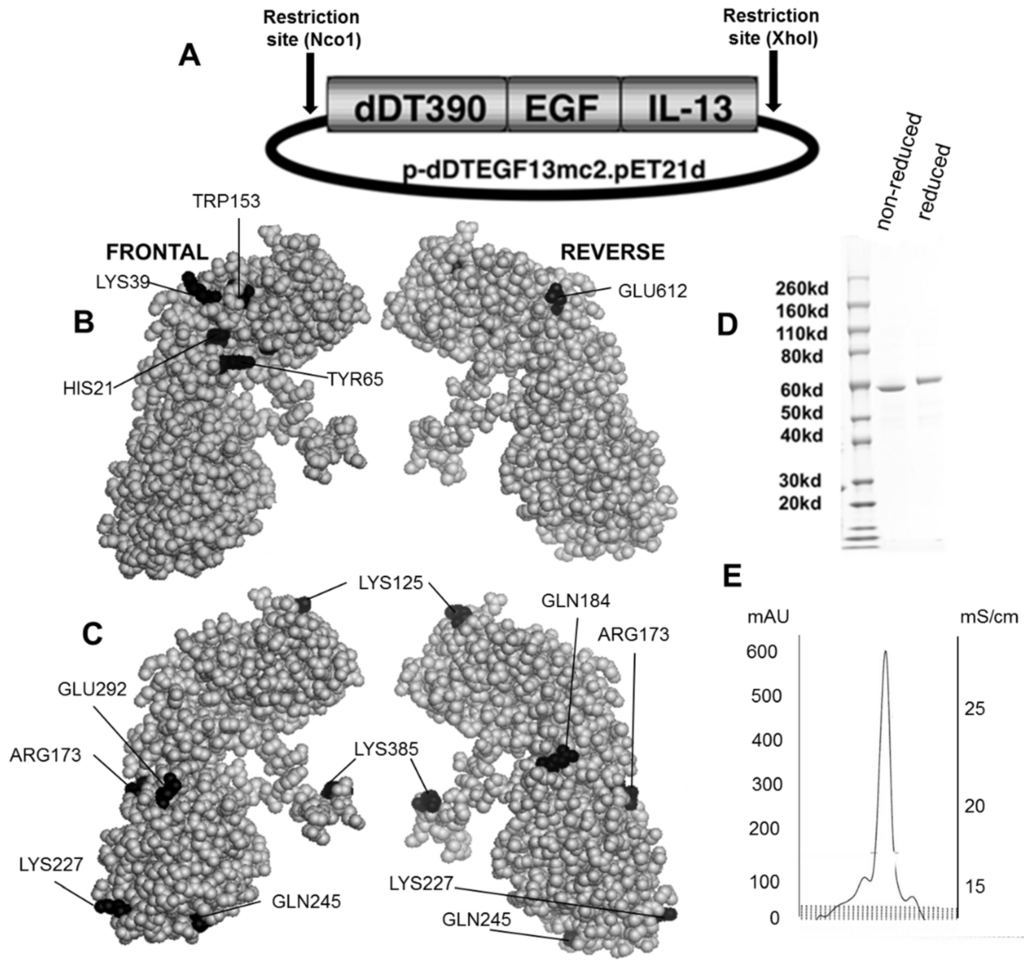