The Double-Edged Sword of Autoimmunity: Lessons from Multiple Sclerosis
Next Article in Special Issue

Occurrence of Black Aspergilli and Ochratoxin A on Grapes in Italy

Ochratoxin A (OTA) in wine is linked to contamination by several Aspergillus species. In 2003–2007, grape samples collected in Italy were surveyed for the presence of OTA and OTA-producing fungi. A. niger aggregate was the prevalent species. A. carbonarius, which is considered the main source of OTA in grapes, was mostly found in Southern Italy. The year and the environment had an important influence on the development of the black Aspergillus populations. Testing with ELISA showed OTA to be present in about 30% of the samples. Samples from Southern Italy showed the highest occurrence (45%) and also the highest OTA concentration, sometimes higher than 2 mg/L. The values decreased progressively the further North the samples were taken. View Full-Text
Keywords: Aspergillus section Circumdati; Aspergillus section Nigri; grapevine; ochratoxin A Aspergillus section Circumdati; Aspergillus section Nigri; grapevine; ochratoxin A
►▼ Show Figures 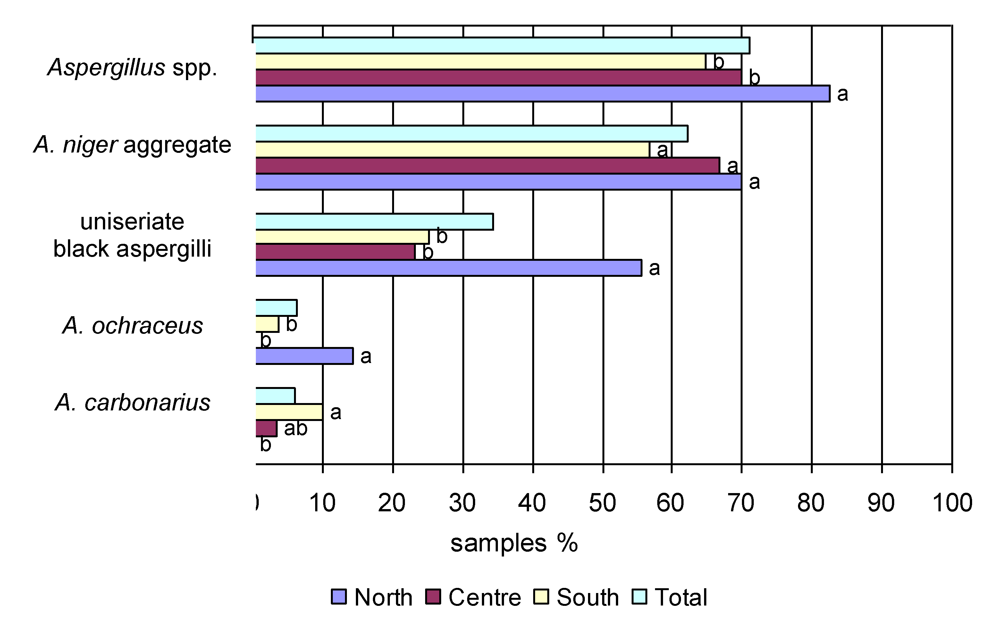