Development of an Electrochemical Immunosensor for Fumonisins Detection in Foods

The black spored fungi of the subgenera Circumdata,the section Nigri (=Aspergillus niger group) is reviewed relative to their production of mycotoxins and their effects on plants as pathogens. Molecular methods have revealed more than 18 cryptic species, of which several have been characterized as potential mycotoxin producers. Others are defined as benign relative to their ability to produce mycotoxins. However, these characterizations are based on in vitro culture and toxins production. Several can produce the ochratoxins that are toxic to livestock, poultry, and humans. The black aspergilli produce rots of grapes, maize, and numerous other fruits and grain and they are generally viewed as post-harvest pathogens. Data are review to suggest that black aspergilli, as so many others, are symptomless endophytes. These fungi and their mycotoxins contaminate several major grains, foodstuffs, and products made from them such as wine, and coffee. Evidence is presented that the black aspergilli are producers of other classes of mycotoxins such as the fumonisins, which are known carcinogenic and known prior investigations as being produced by the Fusarium species. Three species are identified in U.S. maize and peanuts as symptomless endophytes, which suggests the potential for concern as pathogens and as food safety hazards. View Full-Text
Keywords: Aspergillus niger; Aspergillus section Nigri; black aspergilli; fumonisins; ochratoxins; mycotoxins Aspergillus niger; Aspergillus section Nigri; black aspergilli; fumonisins; ochratoxins; mycotoxins
►▼ Show Figures 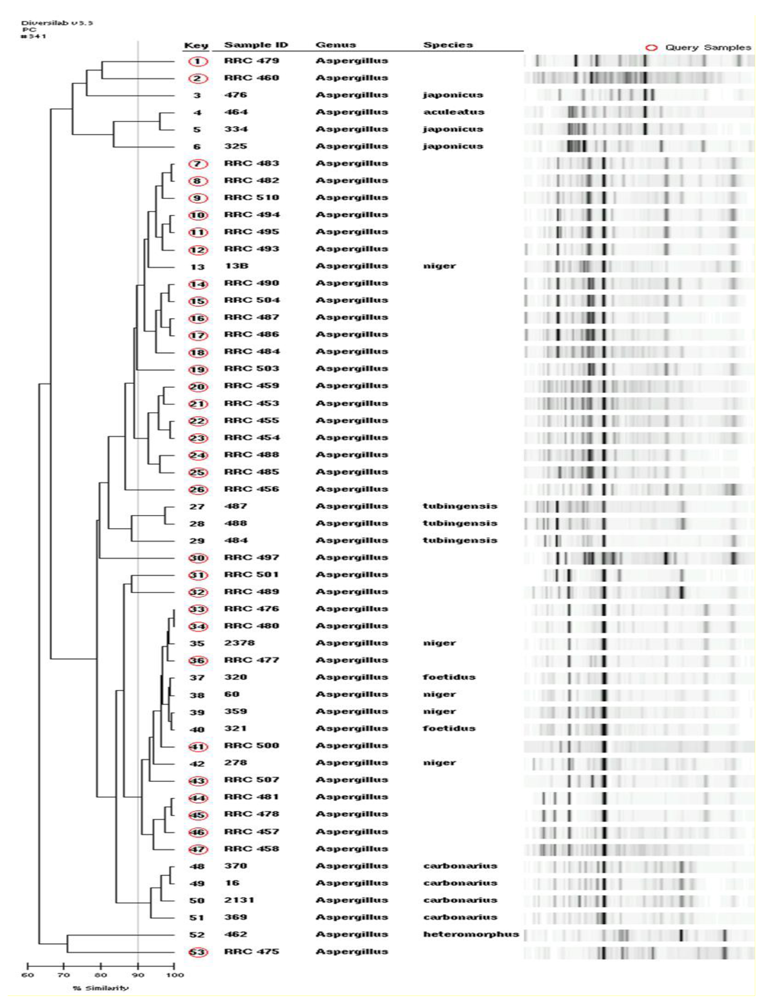