First Detection of Microcystin-LR in the Amazon River at the Drinking Water Treatment Plant of the Municipality of Macapá, Brazil

Human poisoning by microcystin has been recorded in many countries, including Brazil, where fatal cases have already occurred. The Amazon River is the main source of drinking water in municipalities such as Macapá, where there is no monitoring of cyanobacteria and cyanotoxins. This study investigated the presence of cyanobacteria and cyanotoxins in samples from a drinking water treatment plant (DWTP) that catches water from the Amazon River. The toxin analyses employed ELISA, LC/MS, and molecular screening for genes involved in the production of cyanotoxins. The sampling was carried out monthly from April 2015 to April 2016 at the intake (raw water) and exit (treated water) of the DWTP. This study reports the first detection of microcystin-LR (MC-LR) in the Amazon River, the world’s largest river, and in its treated water destined for drinking water purposes in Macapá, Brazil. The cyanobacterial density and MC-LR concentration were both low during the year. However, Limnothrix planctonica showed a density peak (± 900 cells mL−1) in the quarter of June–August 2015, when MC-LR was registered (2.1 µg L−1). Statistical analyses indicate that L. planctonica may produce the microcystin. View Full-Text
Keywords: DWTP; ELISA; LC/MS; Limnothrix planctonica; mcyE; microcystin; toxicity; water supply DWTP; ELISA; LC/MS; Limnothrix planctonica; mcyE; microcystin; toxicity; water supply
►▼ Show Figures 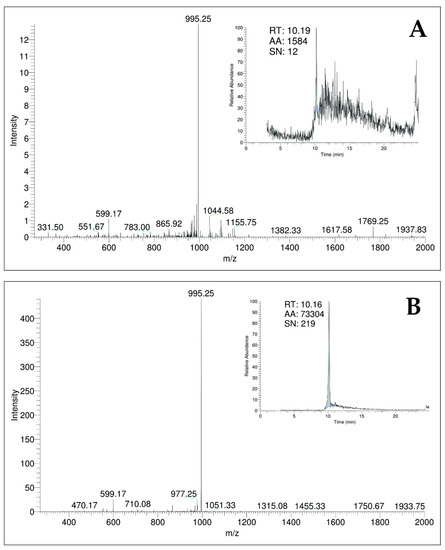