Reference Values of 14 Serum Trace Elements for Pregnant Chinese Women: A Cross-Sectional Study in the China Nutrition and Health Survey 2010–2012
Next Article in Special Issue

The Association between Vitamin D Deficiency and Diabetic Retinopathy in Type 2 Diabetes: A Meta-Analysis of Observational Studies
Previous Article in Special Issue

Vitamin B12 (cobalamin) is a water-soluble vitamin that is essential for DNA synthesis, effective erythropoiesis, nervous system maintenance, and metabolism of protein, fat, and carbohydrate [1]. Humans cannot synthesize it, and hence need to obtain it through the diet, with it found almost exclusively in food of animal origin [2]. The manifestation of cobalamin deficiency ranges from subtle, non-specific clinical features to serious neurological and neuropsychiatric complications; because of that it is important to ensure an adequate intake and to provide a suitable screening for B12 deficiency in patients at risk [1]. A typical Western diet contributes 3–30 µg of B12 per day, of which 1–5 µg are absorbed, towards the recommended dietary allowance of 1 to 3 µg/day. Also, the body storage is relatively high (2000–5000 µg), which explains why clinical manifestations of B12 deficiency often appear late. Metabolism of this vitamin is complex and is made up of many processes, defects in any one of which can lead to deficiency [3].
Crohn’s disease (CD) is a chronic inflammatory gastrointestinal disorder that can affect any segment of the gastrointestinal tract, including the terminal ileum, where most of the absorption (98%) of B12 occurs. The reported prevalence of B12 deficiency in CD ranges from 5.6% to 38% and main causes of this deficiency are ileal resection and ileal disease (activity or fibrosis) [4,5,6,7,8,9,10,11].
The classical treatment for B12 deficiency is parenteral administration, in most countries intramuscular injection. However, a study performed in 1968 showed that 0.5% to 4% of radioactively labeled oral B12 can be absorbed along the entire intestine by passive diffusion in healthy people and in patients with pernicious anemia [12]. Although in normal conditions this may be a secondary mechanism, it may gain importance when the active mechanism mediated by intrinsic factor is affected. Several later randomized trials compared high oral doses (1000 to 2000 µg/day) with parenteral administration in patients with pernicious anemia, atrophic gastritis, or ileum or gastric surgery have shown that high daily doses of oral B12 have similar or better short-term improvements in B12 levels and symptoms resolution than parenteral administration [13,14,15]. In patients with CD, oral therapy may be as effective as parenteral, but is currently underexplored. Therefore, the aims of our study are: (1) to evaluate the efficacy of oral therapy in the treatment of vitamin B12 deficiency in patients with Crohn’s disease and (2) to analyze its efficacy in long-term maintenance treatment.

The diagnosis of CD was performed in the patients included in our study according to the Lennard-Jones definition [16], which includes four groups of diagnosis criteria: clinical, radiological, endoscopic, and pathological criteria. The presence of at least two criteria is required and the pathology is the definitive one. Moreover, the sub-classification of Crohn’s disease by phenotype was performed according to Montreal classification [17] that considered age of onset (A; A1: below 16 years old, A2: between 17–40 years old, and A3: >40 years old), disease location (L; L1: ileal, L2: colonic, L3: ileocolonic, and L4: isolated upper disease modifier), and disease behavior (B; B1: non-stricturing and non-penetrating, B2 stricturing, B3 penetrating, and p: perianal disease modifier) as the predominant phenotypic elements.
The diagnosis of B12 deficiency was defined according to local laboratory criteria as serum cobalamin ≤200 pg/mL. Serum cobalamin concentrations were measured using chemiluminescence, with the assay from Beckman Coulter, which has a coefficient of variation <12% and a very good correlation with radioimmunoassay (r > 0.95).
Finally, the diagnosis of anemia and macrocytosis were performed according to international standards and local laboratory criteria. In adults, anemia is defined as a hemoglobin (Hb) levels below 12 gr/dL for non-pregnant women, 11 gr/dL for pregnant women, and 13 gr/dL for men [18] and macrocytosis is defined as the presence of macrocytes on a blood film, together with a raised mean corpuscular volume (MCV) (>98 fL) [18].

This investigation is a cohort study with retrospective data collection conducted in four general hospitals integrated into the Spanish National Health System.
To address our aims, we distinguished two cohorts of patients: (1) patients with B12 deficiency and (2) patients with previous B12 deficiency who required maintenance treatment. Thus, to address our first aim, we included in our study patients attending our adult Inflammatory Bowel Disease Units diagnosed with CD and B12 deficiency who had been treated with B12 by oral route between January 2001 and November 2012. To address our second aim, we included patients attending our adult Inflammatory Bowel Disease Units diagnosed with CD and in who B12 deficiency was treated successfully with oral or intramuscular B12 between January 2001 and November 2012, but where maintenance treatment had then been conducted orally.
We included 94 patients with CD and B12 deficiency in our study, with a slight predominance of men. All patients were white and the average age of participants was 45 ± 13 years. Twenty-seven (28.7%) patients were active smokers. In relation to characteristics of CD at diagnosis of our patients, and according to Montreal Classification, more than 95% of them had disease in the terminal ileum (L1 or L3). Two (2/94) patients also had upper gastrointestinal disease and 11 (11/94) also had perineal disease. Finally, a surgical resection of the ileum had been performed in 24 patients (25.5%). Data about resection length were not available in all patients. Table 1 shows clinical and demographic characteristics of the study population.
Notably, none of the patients had neurological symptoms secondary to B12 deficiency. Also, none of the included patients had a previous diagnosis of pernicious anemia, and only one patient had prior history of gastric surgery.

The different vitamin B12 oral treatment regimens used for treatment of B12 deficiency and for maintenance treatment are shown in Table 2 and Table 3.

An initial exploratory analysis of all clinical variables was carried out. Continuous variables were expressed as the mean and standard deviation or median and interquartile range; whereas, qualitative variables were expressed as frequencies and percentages. The relationship between qualitative variables was evaluated with the chi-square test or the Fisher exact test if the expected effective cases were less than 5. The student t-test or Mann-Whitney U test was employed for comparing means of two independent groups. Normality was tested using the Kolmogorov-Smirnov test. For all tests, a two-sided p-value < 0.05 was considered statistically significant. The statistical analyses were performed using SPSS software v22.0 for Windows.

3.1. Effectiveness of Oral Treatment in Vitamin B12 Deficiency

Seventy-six patients of the overall population included (94 patients) had vitamin B12 deficiency and were treated with oral B12 therapy to correct their deficiency. In these patients, the mean serum cobalamin concentration before oral treatment was 152.83 ± 34.09 pg/mL (median 157, interquartile range of 132–174.5 pg/mL). Seventy-two (94.7%) patients normalized their vitamin B12 levels (>200 pg/mL) after mean treatment duration of 193 ± 278 days (median 120, interquartile range 78–191). The mean serum cobalamin concentration after treatment increased to 398.14 ± 208.90 pg/mL (median 354.59, interquartile range: 242 to 474.50). Figure 1 shows the evident change of B12 levels and Table 4 cobalamin levels of each patient before and after treatment. In relation to hematologic manifestations of B12 deficiency, before oral B12 treatment, 19.7% (15) of patients had anemia (mean concentration of Hb: 13.61 ± 1.67), but no patient had macrocytic anemia. The erythrocyte MCV was elevated in 14 (18.4%) patients, although without anemia, with a mean of MCV of 91.54 ± 7.58. After treatment with oral vitamin B12, there were no significant changes in Hb concentration nor in MCV.
Folic acid levels (ng/mL), before and after treatment with oral cyanocobalamin, are shown in Supplementary Table 1 (Table S1).
In the subgroup of patients with ileal resection (21 patients), the mean serum cobalamin concentration before oral treatment was slightly lower than in patients without ileum surgery, but the differences were non-significant (151.43 ± 39.37 pg/mL vs. 153.36 ± 3.23 pg /mL, p > 0.05). Two of the four patients that did not normalize B12 levels after oral treatment had ileum resection. After oral B12 treatment, the mean serum cobalamin concentration increased significantly in patients with ileal resection and in patients without prior surgery (368.38 ± 189.45 pg/mL and 409.51 ± 216.42 pg/mL). There were no significant differences in the B12 levels reached between both groups.
Different oral treatment regimens were used; the daily dose of B12 used ranged from 0.004 to 3 mg, with 1 mg daily being the most used dose (in 53 patients, 69.7%). Fifty-nine patients (77.6%) were treated with doses of oral B12 ≥1 mg/day. There were no significant differences in oral treatment effectiveness in the normalization of B12 levels depending on the dose used (≥1 mg/24 h vs. <1 mg/24 h; 94.9% vs. 94.1%, p > 0.05). The different regimens used are shown in Table 2.

To our knowledge, the present study represents the first study that specifically evaluated the role of oral administration route in the treatment of B12 deficiency in patients with CD, and also is one of the largest cohorts of patients with B12 deficiency treated orally. According to our results, oral administration of cyanocobalamin must be strongly considered and may be even the regimen of choice to treat B12 deficiency in CD. It is effective as a means in which to treat deficiency and also as a maintenance treatment, being well tolerated in these patients. Other studies are still required to test if oral B12 is suitable in patients with neurological symptoms. The oral dosage to be used in these patients is not yet fully established, but probably moderately high doses (1 mg/day) are required for initial treatment and lower doses for maintenance treatment. A close monitoring with clinical review and repeat vitamin B12 levels may help to establish the most adequate maintenance doses. Patient preference is a factor of prime importance in the choice of administration route in order to avoid low treatment adherence. Finally, further research is needed to avoid perpetuating oral cyanocobalamin replacement as one of “medicine’s best kept secrets” [30].

The following are available online at https://www.mdpi.com/2072-6643/9/3/308/s1, Table S1: Serum cobalamin levels (pg/mL) and folic acid levels (ng/mL) before and after acute treatment with oral cyanocobalamin.

To our patients, who continuously teach us so many things. 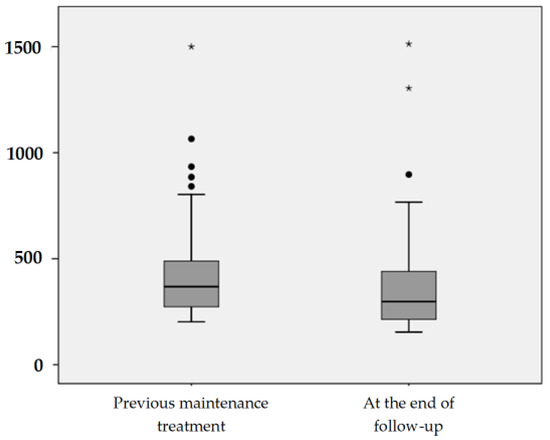 Table 1. Clinical and demographic characteristics of the study population.

Table 4. Serum cobalamin levels (pg/mL) before and after acute treatment with oral cyanocobalamin

Table 5. Serum cobalamin levels (pg/mL) during maintenance therapy; at the beginning of follow-up and at the end of follow-up.