The Subtle Balance between Lipolysis and Lipogenesis: A Critical Point in Metabolic Homeostasis
Next Article in Special Issue

A Priori and a Posteriori Dietary Patterns during Pregnancy and Gestational Weight Gain: The Generation R Study

Previous research suggests the association of glutathione S-transferase (GST) gene polymorphisms or diet, but no interactions between these factors in atopic dermatitis (AD). We conducted a community-based case-control study including 194 AD and 244 matched non-AD preschoolers. Glutathione S-transferase M1 (GSTM1) and T1 (GSTT1) present/null genotypes were evaluated uisng a multiplex PCR method. We measured dietary intakes by a validated food frequency questionnaire and constructed three dietary patterns such as “traditional healthy”, “animal foods”, and “sweets” diets. In stratified analyses by GST genotypes, the “traditional healthy” diet and reduced AD showed association only in the GSTM1-present group (odd ratio (OR) 0.31, 95% confidence interval (CI) 0.13–0.75). A similar pattern of the association existed in the combined GSTM1/T1 genotype that indicated the inverse association between the “traditional healthy” diet and AD in the double GSTM1/T1-present genotype group (OR 0.24, 95% CI 0.06–0.93). Results from the multiplicative test analyses showed that the “traditional healthy” diet on reduced AD was significant or borderline significant in the GSTM1-present group (OR 0.71, 95% CI 0.54–0.92 vs. GSTM1-null group) or the GSTM1/T1 double present group (OR 0.63, 95% CI 0.39–1.03 vs. GSTM1/T1 double null group). These findings demonstrate that the present type of GSTM1 may increase susceptibility to the potential effect of the “traditional healthy” diet on AD. View Full-Text
Keywords: dietary patterns; GST gene; polymorphisms; atopic dermatitis; young children dietary patterns; GST gene; polymorphisms; atopic dermatitis; young children
►▼ Show Figures 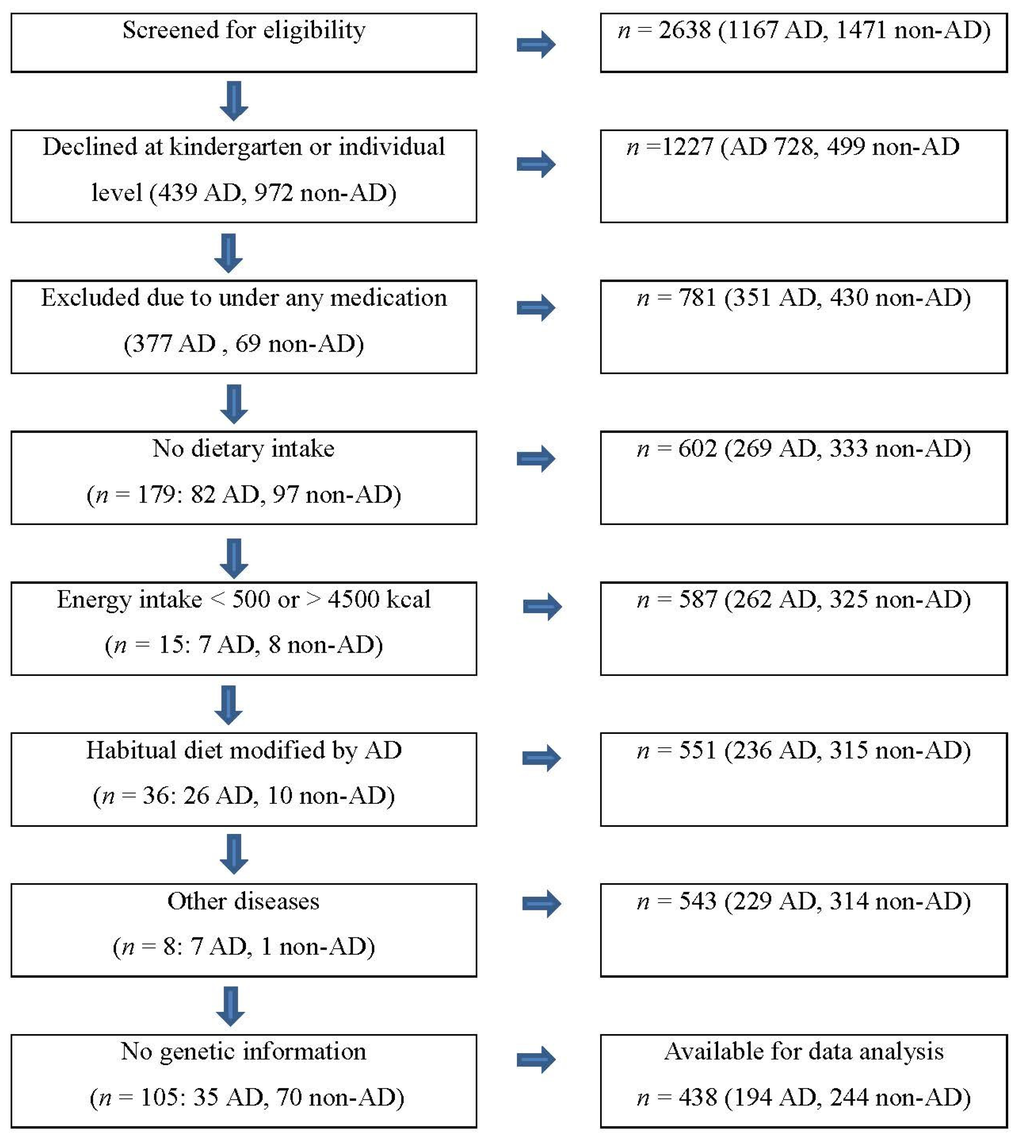