The aim of this work was to investigate the effects of black adzuki bean (BAB) extract on adipocytes, and to elucidate the cellular mechanisms. In order to examine the proliferation of preadipocytes and differentiating adipocytes, cell viability and DNA content were measured over a period of time. Lipid accumulation during cell differentiation and the molecular mechanisms underlying the effects of BAB on the transcriptional factors involved, with their anti-adipogenic effects, were also identified. We observed that BAB exhibits anti-adipogenic effects through the inhibition of proliferation, thereby lowering mRNA expression of C/EBPβ and suppressing adipogenesis during the early stage of differentiation. This, in turn, resulted in a reduction of TG accumulation in a dose- and time-dependent manner. Treating the cells with BAB not only suppressed the adipogenesis-associated key transcription factors PPARγ and C/EBPα but also significantly decreased the mRNA expression of GLUT4, FABP4, LPL and adiponectin. The expression of lipolytic genes like ATGL and HSL were higher in the treatment group than in the control. Overall, the black adzuki bean extract demonstrated an anti-adipogenic property, which makes it a potential dietary supplement for attenuation of obesity. View Full-Text
Keywords: adzuki bean; Vigna angularis; 3T3-L1; obesity; adipocyte; black bean adzuki bean; Vigna angularis; 3T3-L1; obesity; adipocyte; black bean
►▼ Show Figures 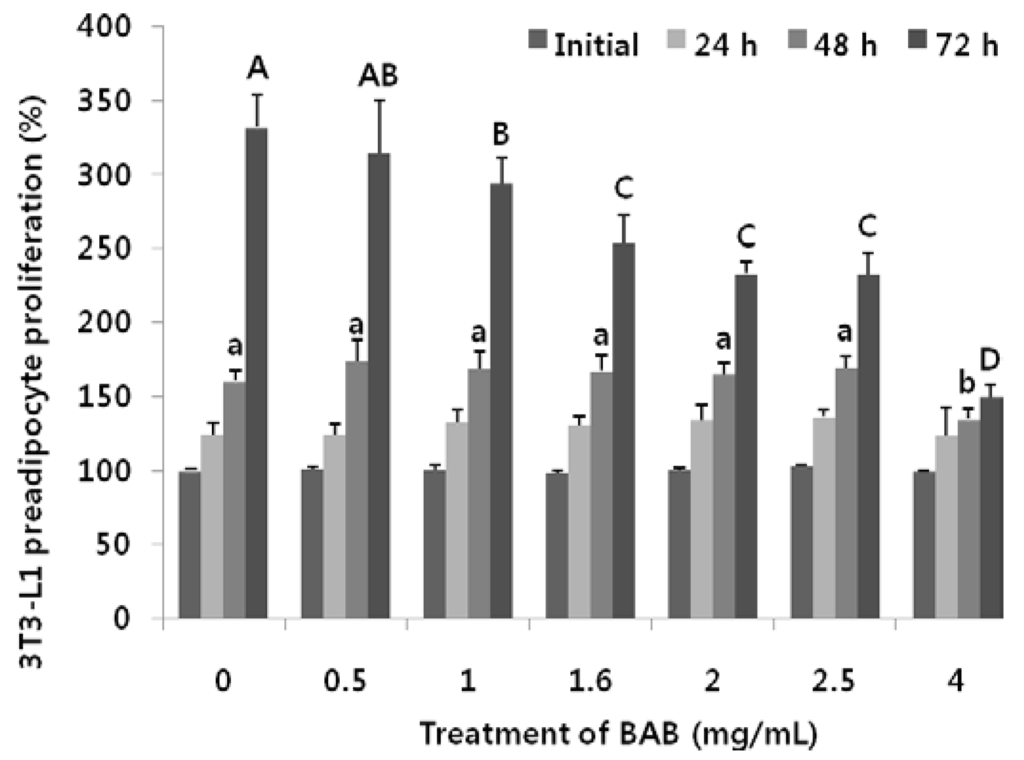