The Effects of Pro-, Pre-, and Synbiotics on Muscle Wasting, a Systematic Review—Gut Permeability as Potential Treatment Target

Probiotics are reported to improve gastrointestinal (GI) function via regulating gut microbiota (GM). However, exactly how probiotics influence GM and GI function in elders is poorly characterized. Therefore, in this study, we assessed the effect of the probiotic Lacticaseibacillus paracasei PS23 (LPPS23) on the GM and GI function of aged mice. There were four groups of senescence-accelerated mouse prone-8 (SAMP8) mice (n = 4): a non-treated control group, a saline control group, a low dose LPPS23 group (1 × 108 colony-forming unit (CFU)/mouse/day), and a high dose LPPS23 group (1 × 109 CFU/mouse/day). Non-treated mice were euthanized at 16 weeks old, and others were euthanized at 28 weeks old. The next-generation sequencing results revealed that LPPS23 enriched Lactobacillus and Candidatus_Saccharimonas, while the abundance of Lachnospiraceae_UCG_001 decreased in aged mice given LPPS23. The abundance of Lactobacillus negatively correlated with the abundance of Erysipelotrichaceae. Moreover, LPPS23 improved the GI function of aged mice due to the longer intestine length, lower intestinal permeability, and higher phagocytosis in LPPS23-treated mice. The ELISA results showed that LPPS23 attenuated the alterations of pro-inflammatory factors and immunoglobulins. The abundance of LPPS23-enriched Lactobacillus was positively correlated with healthy GI function, while Lachnospiraceae_UCG_001, which was repressed by LPPS23, was negatively correlated with a healthy GI function in the aged mice according to Spearman’s correlation analysis. Taken together, LPPS23 can effectively modulate GM composition and improve GI function in aged SAMP8 mice.
Keywords: Lacticaseibacillus paracasei PS23; lactobacillus; gut microbiota; gut function; age-related inflammation Lacticaseibacillus paracasei PS23; lactobacillus; gut microbiota; gut function; age-related inflammation

Aging is an important factor in several disorders that influence the quality of life of elderly individuals. The age-related alteration of gut microbiota (GM) composition is linked to age-related diseases, such as cognitive impairment, sarcopenia, and gastrointestinal (GI) dysfunction [1]. Therefore, good GM composition should prevent age-related disorders.
Several studies have addressed the interaction among GM, GI function, and aging. Sovran et al. linked GM alterations to age-associated impairments in GI mucus barrier function and age-related inflammation [2]. Moreover, aging significantly increases GI vulnerability, and 40% of geriatric patients report at least one GI complaint during routine physical examinations [3]. Previous studies have also indicated that age-related GM alterations and GI dysfunctions exist, such as bacterial overgrowth, increased intestinal permeability, and decreased absorption [4,5,6]. Furthermore, GM alterations and GI dysfunctions are suggested to cause age-related inflammation [7,8,9]. Thus, preventing age-related GI dysfunction should cooperate with GM to attenuate the diseases derived by age-related inflammation, such as sarcopenia, cognitive impairment, and metabolic diseases [10].
Probiotic supplementation is widely used to modulate GM composition and enhance GI function [11,12]. In addition, many probiotics have been reported to exert anti-inflammatory properties [13]. Therefore, probiotic supplementation may protect against GI dysfunction and inflammation in the elderly. However, to our knowledge, the precise effects of probiotics on GI function in the elderly remain unclear; only a small number of studies have investigated the effects of probiotic supplements in age-related disorders [14]. Thus, in order to provide a solid foundation for the use of probiotic-based strategies to prevent age-related diseases, it is important to investigate the effects of probiotics on GM and GI dysfunction in the aged subjects.
In our previous work, we demonstrated that probiotics could restructure GM and improve GI function. We also reported that Lacticaseibacillus paracasei PS23 (LPPS23) was beneficial in mitigating age-related diseases, including cognitive impairment and sarcopenia, in SAMP8 (senescence accelerated mouse prone-8) mice [14,15]. Moreover, administration of LPPS23 for 12 weeks significantly reduced age-related inflammation and protein uptake decline in SAMP8 mice [14]. Therefore, we assumed that LPPS23 could regulate the GM composition and GI function to prevent age-related disorders and so further investigated how LPPS23 influenced GM and GI function in the elderly by assessing the interactions between LPPS23 and the host. We administered LPPS23 to SAMP8 mice over the course of their lifespans, from youth into old age, and observed the effects of LPPS23 on GM composition and GI function.

LPPS23 was provided by Dr. Ying-Chieh Tsai (National Yang Ming Chiao Tung University, Taipei, Taiwan). LPPS23 is a strain isolated from healthy human feces and identified by phylogenetic classification of its 16S rRNA gene sequence. LPPS23 can induce anti-inflammatory effects and improve brain and muscle health [14,15,16]. In the present study, LPPS23 was subcultured before used. The doses of live LPPS23 used for administration were 1 × 108 and 1 × 109 colony-forming unit (CFU)/200 μL; SAMP8 mice were bred by Dr. Ming-Fu Wang. To make sure that age was the only factor to induce GI dysfunction, all mice were housed under standard laboratory conditions with a 12/12 h light/dark cycle at 22–24 °C and 40–60% humidity. SAMP8 mice were provided with a commercially available diet (local supplier) and sterile water ad libitum. Well-trained investigators monitored the conditions of the mice every day with no stress or discomfort observed in their behavior. Additionally, during the study, no unhealthy phenomena in the feeding conditions were observed.
The female mice were divided into four groups (n = 4): FC (16-week-old non-aged mice controls), FA (aged mice administered saline), FPS23L (aged mice administered low dose 1 × 108 CFU LPPS23/mouse/day), and FPS23H (aged mice administered high dose 1 × 109 LPPS23 CFU/mouse/day). The dose of LPPS23 was chosen based on our previous studies [14,15], which indicated LPPS23 at 1 × 109 CFU/mouse/day prevented age-related decline in SAMP8 mice. The mice received 200 µL of saline or live LPPS23 at 9:00 a.m. by gavage every day for 12 weeks from 16 weeks of age until 28 weeks of age. The sample size was referred to in the previous studies regarding the composition of GM and gut function in mice [17,18].
The FC group was humanely sacrificed at 16 weeks old, and the other groups were sacrificed after 12 weeks of treatment at 28 weeks old. Intestine, intestinal mucosa, and fecal samples were collected, and intestinal length was measured. The mucosal samples were collected by intestine perfusion with 5 mL phosphate buffered saline (PBS) after sacrifice. Then, the supernatants were isolated by 2000× g centrifuge at 4 °C for 30 min for the analysis of pro-inflammatory factors and immunoglobulins. The animal protocol was approved by the Institutional Animal Care and Use Committee of Shih Chien University (IACUC-10407).

On the same day that the saline- or LPPS23-treated mice were to be euthanized, they were deprived of food 6 h prior to oral gavage of 200 μL of 80 mg/mL FITC–dextran (4 kDa; Sigma-Aldrich, St. Louis, MO, USA) followed by 4 h deprivation of both food and water. Blood samples were collected, and fluorescence intensity was measured on fluorescence plates using an excitation wavelength of 490 nm and an emission wavelength of 520 nm.

2.4. Quantification of IgA, IgE, IgM, and IgG in the Intestinal Mucosa

Total genomic DNA was isolated from 200 mg fecal samples using the QIAamp DNA Stool Mini kit (Qiagen, Hilden, Germany) according to the manufacturer’s instructions. The concentrations of DNA were measured with a NanoDrop2000 (Thermo Scientific, Waltham, MA, USA), and the samples were stored at −80 °C until use.

3.1. Effects of LPPS23 on GM Community Composition and Diversity

The three major bacterial phyla identified in the SAMP8 mice feces were Bacteroidetes, Firmicutes, and Proteobacteria (Figure 1A), which were evaluated by at least 52,597 reads/sample. Moreover, the ratio of Firmicutes/Bacteroidetes, an indicator of gut inflammation [24], was no different among the groups (Figure 1B). Alpha diversity was not significantly different between the FC, FA, FPS23L, and FPS23H groups (Figure 1C). The microbial communities of all groups were separated by the principal co-ordinates analysis (PCoA) (Figure 1D) and partial least squares–discriminant analysis (PLSDA) (p = 0.042) (Figure 1E), though there was no statistical difference in the PCoA analysis (p = 0.153).

Next, we identified the microbial species that were enriched from the class to species level using LEfSe analysis. Bacteria belonging to the order Lactobacillales increased in the FPS23H mice. Moreover, both the high and low doses of LPPS23 enhanced bacteria belonging to the order Pseudomonadales, and the low dose of LPPS23 promoted bacteria from the class Saccharimonadia. The bacteria enriched in the FA group belonged to the class Acidimicrobiia, genus Lachnospiraceae_UCG_001, genus Ruminococcaceae_ UCG_009, and order Acetobacterales. Bacteria from the genus Prevotella and Klebsiella were enriched in the FC group (Figure 1F,G).
Bacteria with LDA scores > 3.0 at the genus level in the aged mice were also compared between the LPPS23-treated and aged control mice. Lactobacillus (Figure 1H) was significantly enriched in the FPS23H mice, and the enrichment of Candidatus_Saccharimonas (Figure 1I) was observed in the FPS23L mice. Moreover, Lachnospiraceae_UCG_001 (Figure 1J) abundance decreased in FPS23H mice.

3.4. Effects of LPPS23 on Intestinal Parameters

Since LPPS23 regulated GM composition in the present study and was reported to enhance the protein uptake in the aged SAMP8 mice [14], LPPS23 might have effects on GI function. As age-related intestinal shortening and barrier dysfunction are associated with GM alterations [25], we measured intestinal length, intestinal permeability, and phagocytotic activity in 16-week-old untreated SAMP8 mice and 28-week-old SAMP8 mice after administration of saline or LPPS23 daily for 12 weeks to assess the effects of LPPS23 on the age-related change in the intestine. Significant age-related declines in intestinal function were observed in the mice including decreased length of the intestine (Figure 3A,B), increased intestinal permeability (Figure 3C), and decreased phagocytotic activity (Figure 3D) in the FA group compared to the FC group. Moreover, LPPS23 treatment prevented these age-related changes in the mice. These results indicated that LPPS23 might maintain intestinal function during the aging process.

3.5. Effects of LPPS23 on Levels of the Pro-Inflammatory Factors TNF-α and MCP-1

3.6. Effects of LPPS23 on Levels of Immunoglobulins in the Intestinal Mucosa

The levels of immunoglobulins in the intestinal mucosa were also quantified to investigate immune function. Aging reduced the levels of IgA (Figure 4C) and IgM (Figure 4D), induced IgE levels (Figure 4E), and had no impact on IgG (Figure 4F) in mice. Moreover, these age-related changes in IgA (Figure 4C) and IgE (Figure 4E) in mice were significantly reduced by the administration of LPPS23. The higher dose of LPPS23 greatly reduced the age-related decline of IgA more than the lower dose of LPPS23.

The animal protocol was approved by the Institutional Animal Care and Use Committee of Shih Chien University (IACUC-10407).

The data in this study are available on request from the corresponding author.

The authors would like to thank Lin-Ai Li and Hwai-Hsyan Ku for technical assistance.

The authors have no competing interests to declare. 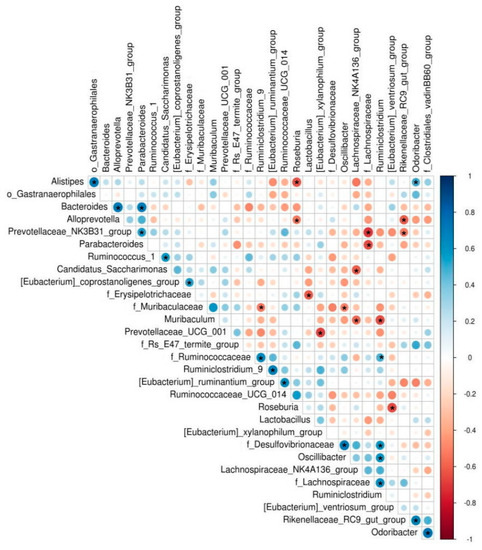 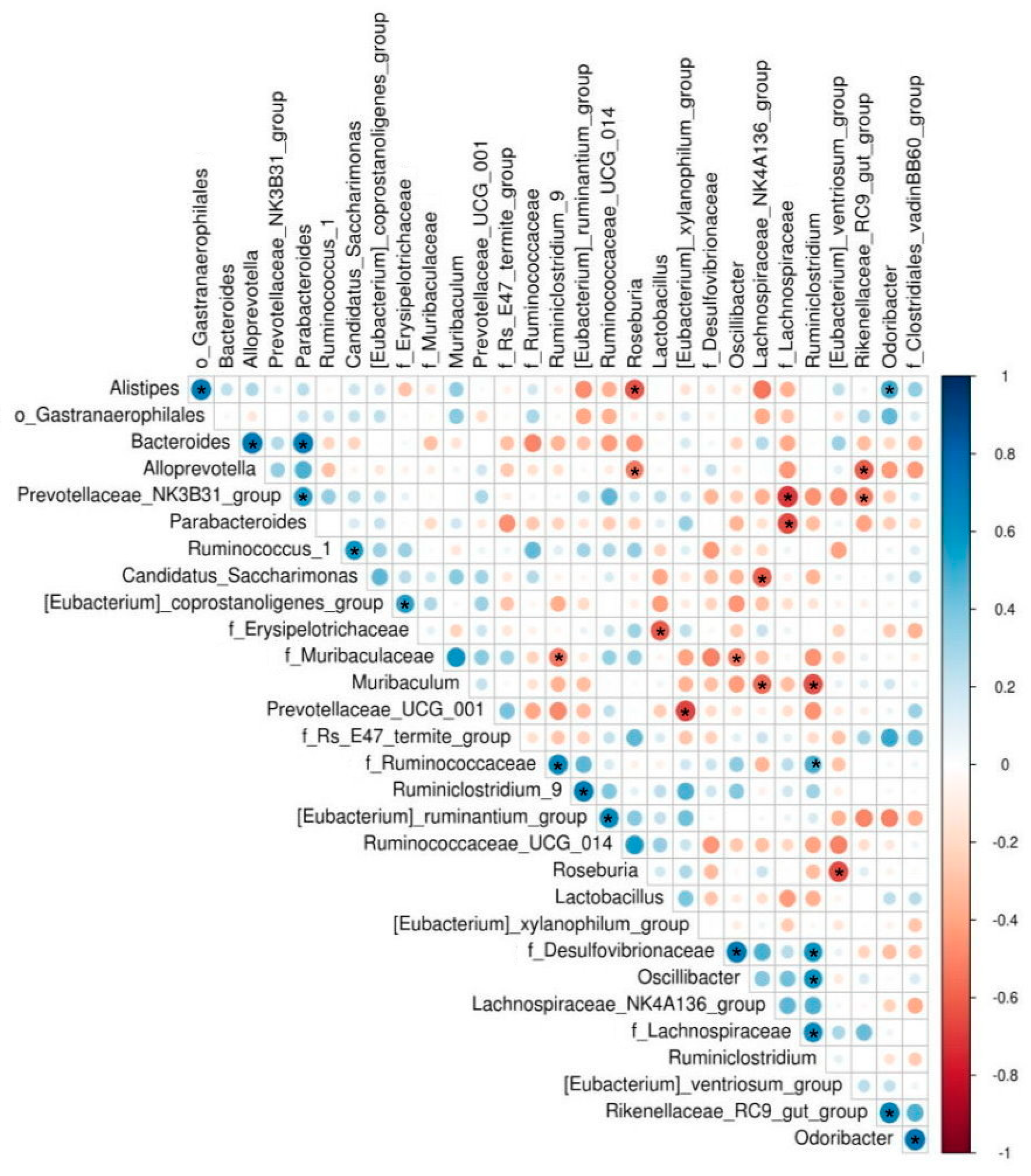 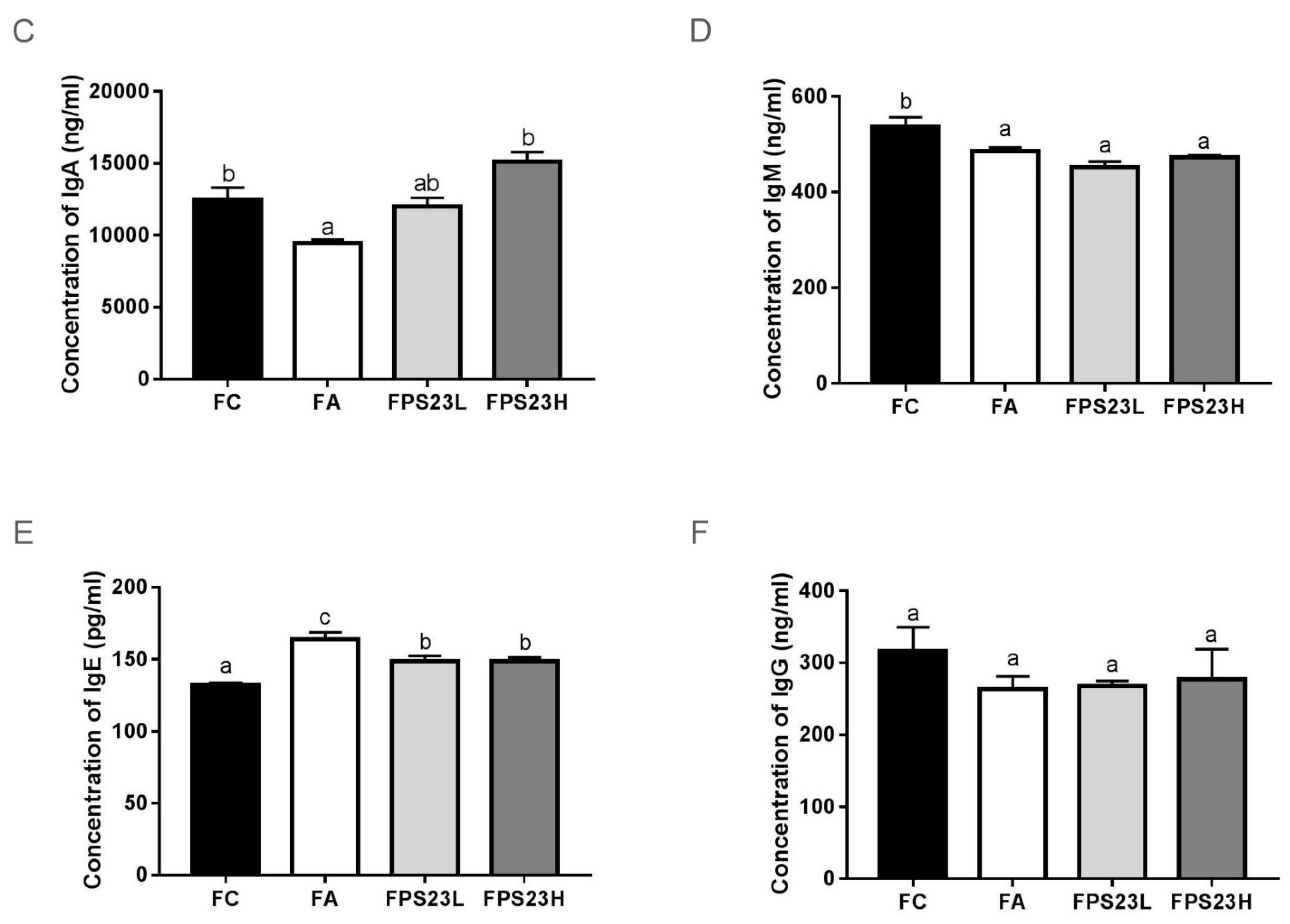