Impact of Diet on Symptoms of the Irritable Bowel Syndrome

This study was based on Japanese breast milk research projects conducted by Megmilk Snow Brand Co., Ltd. and Bean Stalk Snow Co., Ltd. at two different times: one study was performed in 1989 [27] and one study is a currently ongoing longitudinal prospective cohort study [28]. In both studies, lactating mothers were recruited from three regions (Kanto: 35–37° N, Kyusyu: 31–34° N, Hokkaido: 41–46° N). All subjects were non supplement user. Table 1 shows the age and number of lactating mothers in 1989 and 2016–2017. The participants in 1989 were significantly younger than those in 2016–2017 (age, 27.7 ± 3.8 vs. 30.3 ± 3.7 years). This tendency was observed in both summer and winter. No differences were observed in age when comparing the two seasons and three regions.

Breast milk samples (3–4 months postpartum), collected in the summer (July–September) and winter (January–March), were selected for measurement. Midmilk (1989) and mid-hindmilk (2016–2017) were manually collected by the mothers following directions in handed-out instructions. In the ongoing cohort study, we recruited participants who responded to an additional vitamin D-related questionnaire survey that was conducted from 2016 to 2017, as described below. As shown in the flow chart (Figure 1), 72 breast milk samples were collected in 1989 (winter, n = 49; summer, n = 23), and 90 samples were collected in 2016–2017 (winter, n = 42; summer, n = 48). The sample size was determined as sufficient through calculations using the G*Power 3.1.1 computer program software (Germany) [29]. A power analysis revealed that the number of participants was appropriate (with a power of 0.801 for both vitamin D and 25OHD). The amount and ages of the participants are summarized in Table 1. Approximately 50 mL of human breast milk was collected by manual expression at an intermediate time during suckling. The samples were strictly sealed and stored at −80 °C until being measured. Before extracting the vitamin D and 25OHD, the frozen breast milk was thawed and sonicated in ice water twice for 15 min.

Vitamin D intake was estimated in the 2016–2017 lactating women using the brief-type self-administered diet history questionnaire (BDHQ) [32], which has been validated against 16-day dietary records. The BDHQ is a structured questionnaire that assesses dietary intake based on the reported consumption frequency of 58 different food and beverage items.
The participants in 2016–2017 also provided information on the status of sun exposure, sunscreen use, and vitamin D supplement use. These items were selected with reference to the Vitamin D & Sun (VIDSUN) questionnaire [33]. Additionally, the item “Paying attention to UV exposure” asked the subjects about their habits of using a parasol or wearing long-sleeve clothes for avoiding sun exposure. Moreover, information about the body weight and height of lactating mothers and newborns, gestational week, and parity were collected.

One microgram of vitamin D is equivalent to 40 IU. Because orally consumed 25OHD has been shown to be five times more effective in raising circulating 25OHD concentrations than an equivalent amount of vitamin D [34], the antirachitic activity of 25OHD in breast milk was calculated as five times (1 µg = 200 IU) that of vitamin D [16].

This study was undertaken in accordance with the Ethical Guidelines for Clinical Research (Ministry of Health, Labor, and Welfare, Japan) recommendations and approved by the ethics committee of the Fukuda Internal Medicine Clinic (IRB No. 20140621-03).

Written informed consent was obtained from each subject prior to enrollment in this study in accordance with the conditions of the Declaration of Helsinki, including consent to publish this paper.

None of the authors, except for N.T., reported a conflict of interest related to the study. N.T. was provided research funding for this study from Bean Stalk Snow Co., Ltd., Japan. This funding had no influence on the design, implementation, analysis, or interpretation of data. The funders had no role in the design of the study; in the data collection, analyses, or interpretation of data; in the writing of the manuscript, or in the decision to publish the results. 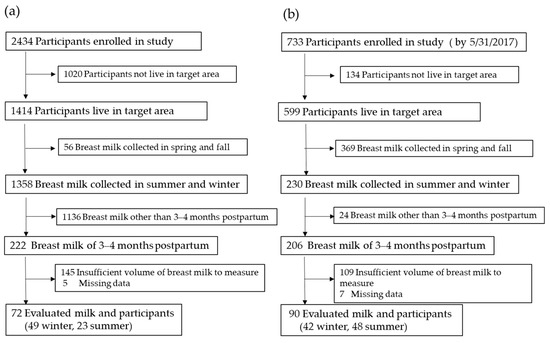 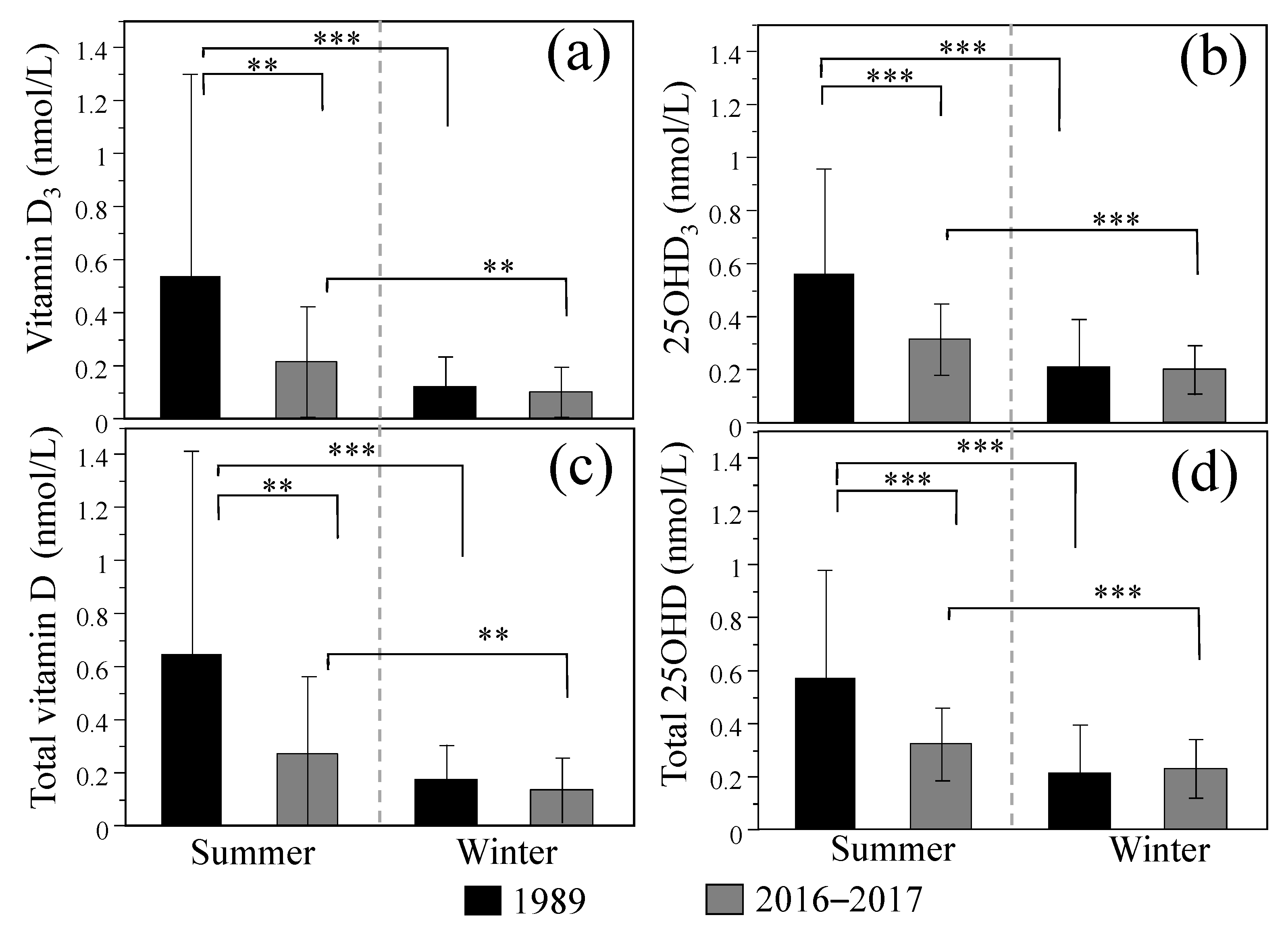 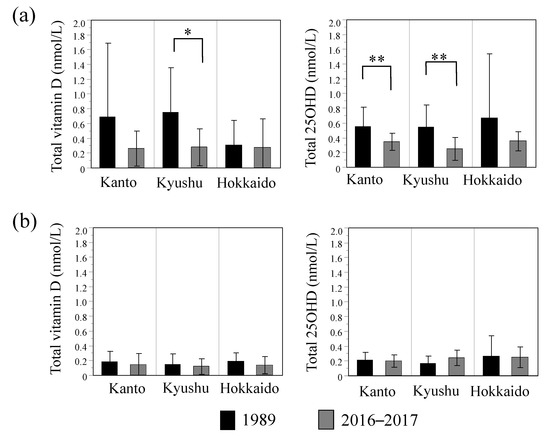