A River Basin over the Course of Time: Multi-Temporal Analyses of Land Surface Dynamics in the Yellow River Basin (China) Based on Medium Resolution Remote Sensing Data

Spatio-Temporal Modeling of the Urban Heat Island in the Phoenix Metropolitan Area: Land Use Change Implications

This study examines the spatial and temporal patterns of the surface urban heat island (SUHI) intensity in the Phoenix metropolitan area and the relationship with land use land cover (LULC) change between 2000 and 2014. The objective is to identify specific regions in Phoenix that have been increasingly heated and cooled to further understand how LULC change influences the SUHI intensity. The data employed include MODerate-resolution Imaging Spectroradiometer (MODIS) land surface temperature (LST) 8-day composite June imagery, and classified LULC maps generated using 2000 and 2014 Landsat imagery. Results show that the regions that experienced the most significant LST changes during the study period are primarily on the outskirts of the Phoenix metropolitan area for both daytime and nighttime. The conversion to urban, residential, and impervious surfaces from all other LULC types has been identified as the primary cause of the UHI effect in Phoenix. Vegetation cover has been shown to significantly lower LST for both daytime and nighttime due to its strong cooling effect by producing more latent heat flux and less sensible heat flux. We suggest that urban planners, decision-makers, and city managers formulate new policies and regulations that encourage residential, commercial, and industrial developers to include more vegetation when planning new construction. View Full-Text
Keywords: urban heat island; spatio-temporal pattern; land surface temperature; land use land cover change; urbanization urban heat island; spatio-temporal pattern; land surface temperature; land use land cover change; urbanization
►▼ Show Figures 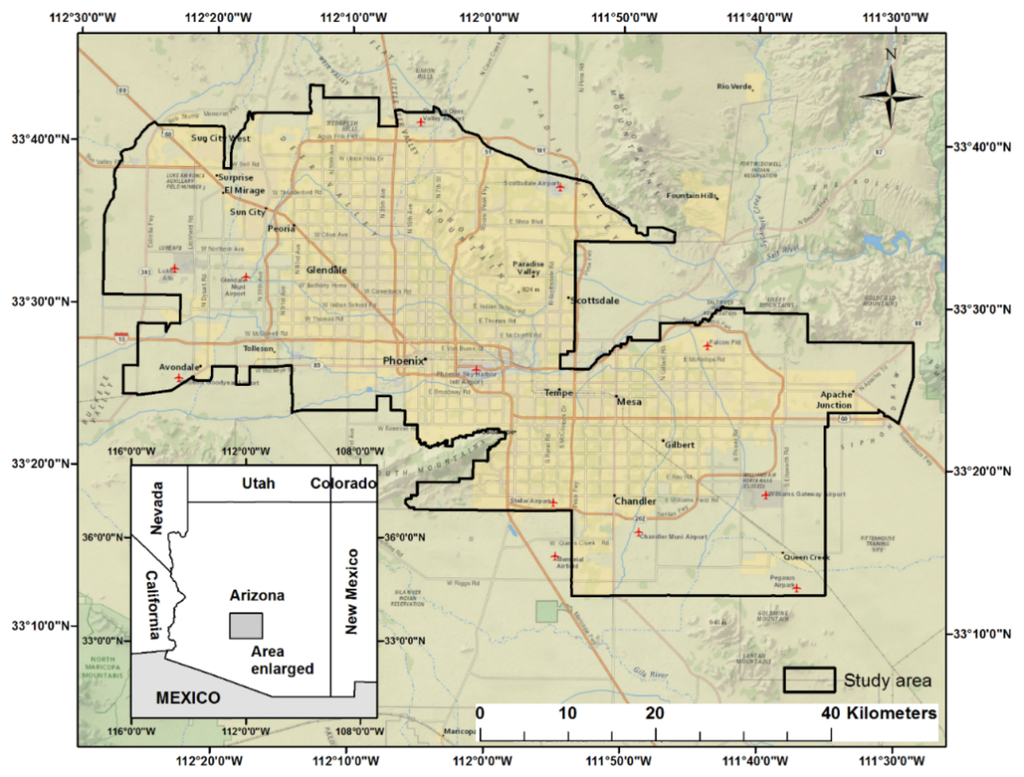