Leads with a length on the order of 1000 km occurred in the Beaufort Sea in February 2013. These leads can be observed in Moderate Resolution Imaging Spectroradiometer (MODIS) images under predominantly clear sky conditions. Sea ice concentrations (SIC) derived from the Advanced Microwave Scanning Radiometer 2 (AMSR2) using the Bootstrap (BST) algorithm fail to show the lead occurrences, as is visible in the MODIS images. In contrast, SIC derived from AMSR2 using the Arctic Radiation and Turbulence Interaction Study (ARTIST) sea ice algorithm (ASI) reveal the lead structure, due to the higher spatial resolution possible when using 89-GHz channel data. The ASI SIC are calculated from brightness temperatures interpolated on three different grids with resolutions of 3.125 km (ASI-3k), 6.25 km (ASI-6k) and 12.5 km (ASI-12k) to investigate the effect of the spatial resolution. Single-swath data is used to study the effect of temporal sampling in comparison to daily averages. For a region of interest in the Beaufort Sea, BST and ASI-3k show area-averaged SIC of 97%±0.7% and 93%±7.0%, respectively. For ASI-6k, the area-averaged SIC are similar to ASI-3k, while ASI-12k data show more agreement with BST. Visual comparison with MODIS True Color imagery exhibits good agreement with ASI-3k. In particular, ASI-3k are able to reproduce lead structure and size in the sea ice cover, which are not or are less visible in the other SIC data. The results will be valuable for selecting a SIC data product for studies of the interaction between ocean, ice, and atmosphere in the polar regions. View Full-Text
Keywords: AMSR2; passive-microwave remote sensing; sea ice concentration; ARTIST sea ice algorithm AMSR2; passive-microwave remote sensing; sea ice concentration; ARTIST sea ice algorithm
►▼ Show Figures 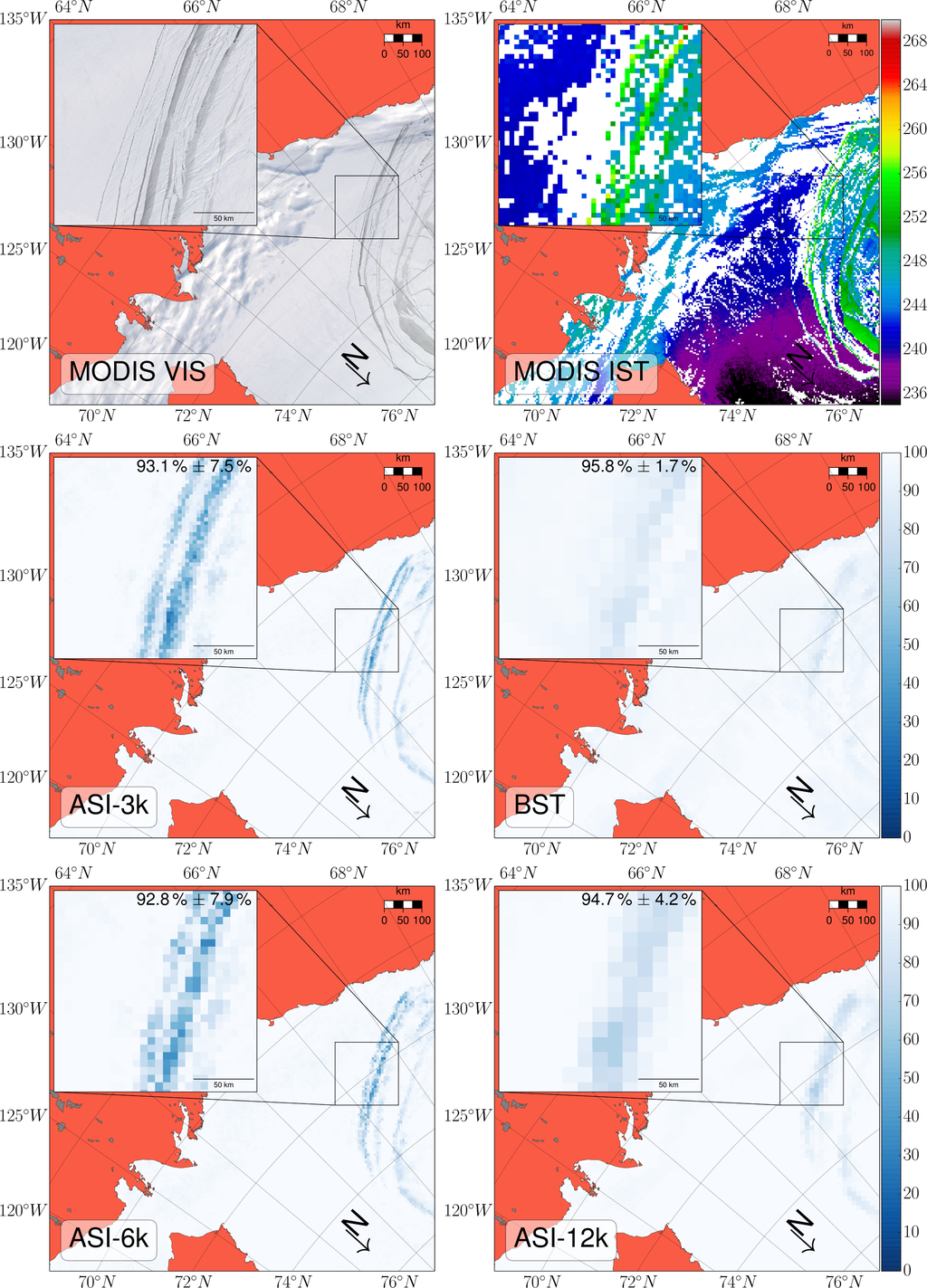