Accelerating Sustainability by Hydropower Development in China: The Story of HydroLancang

The study examined the natural and social capital of Bo Hon villagers in central Vietnam, before and after resettlement within Binh Thanh commune due to the building of Binh Dien Hydroelectric dam on the Huu Trach River. (1) Background: The two-fold aim was to develop solutions to the impacts of resettlement on natural and social capital, and strategies for timely intervention and new livelihoods after households were resettled. (2) Methods: Livelihood survey of all 46 households was conducted in 2010, and villagers were asked about 2004, before resettlement, and about 2009, when the occupants of Bo Hon village had been moved to a new location 15 km away from the original one. The research employed mixed-methods by using household surveys, focus group discussions, and key informant interviews. The impacts of displacement and resettlement on production activities and daily life of rural people were examined in the following areas: (i) land resource; (ii) access to common-pool natural resources; (iii) income structure; (iv) agriculturally based livelihoods; (v) material assets; (vi) customary practices; and (vii) social relationships. (3) Results: The most significant impact was on the type of production activities that could be conducted after resettlement and reduction in land area to grow profitable commodities such as Lồ Ô Bamboo. Specifically, land for growing rice and other crops were significantly affected with the land area substantially reduced or flooded. Also harvesting of common pool resources from the forest (NTFPs) were reduced such as honey and rattan, and only 25% of the villagers continued to fish in the river. (4) Conclusions: Strategies were put in place to reduce the level of disruption to the villagers’ livelihoods, but some parts of the compensation package were short-lived or inequitably distributed (e.g., land), while infrastructure developments such as sealed roads have made the village far more accessible to Hue City some 25 km away. View Full-Text
Keywords: hydropower development; sustainable livelihoods; natural capital; social capital hydropower development; sustainable livelihoods; natural capital; social capital
►▼ Show Figures 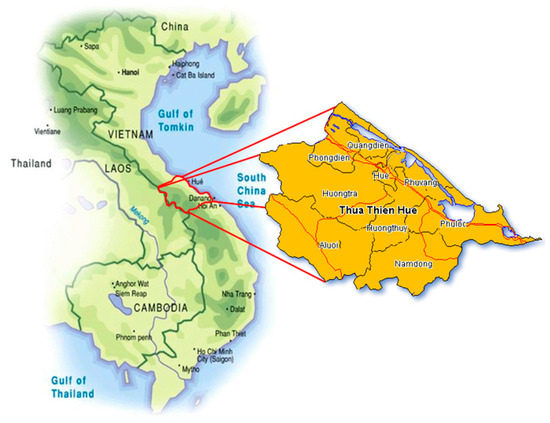