With the expansion of the concept of sustainable development, it has become increasingly important to investigate the means for achieving sustainable eco-economic development. On the basis of Landsat imagery of Hengduan Mountain area of China acquired in 1990, 2000, and 2010, we analyzed the coordination relationships, evolution characteristics, and aggregation modes of the economy and ecology in this region using ecosystem service value (ESV) and ecological economic harmony (eco-economic harmony, EEH) models. The following results were obtained. (1) There was a significant transition in land cover, wherein grassland increased the most and farmland decreased the most, by 1.18 × 104 km2 and 9.41 × 103 km2, respectively. These trends were related to urban expansion and the implementation of ecological measures; (2) From 1990 to 2000, there was a deterioration in the ecological system, whereas after 2000, the ecosystem improved due to implementation of the Chinese government’s “Returning Farmland to Forest (Grassland)” scheme, thereby illustrating the importance of forest to ecosystem stability; (3) Spatially, the EEH index showed a dual-core structure centered on a low conflict zone and potential crisis zone, which signified that there was a trend of coordinated development between the economy and ecology; however, this was not stable; (4) There were four types of EEH evolution zones—low conflict, potential crisis, slight improvement, and significant improvement zones—of which the improvement zones accounted for 55.15% of the area, thereby indicating that over time the economy has played a positive role in shaping the ecological environment; (5) The spatial aggregation modes of EEH evolution were band coordinated mode, group uncoordinated mode and group improvement mode, which meant the relationship of ecology and economy was always in lowest coordinated state in a banded form, in uncoordinated state and a significant increase in a block form, respectively. These modes were intended to provide a reference for the sustainable development in southwest China. View Full-Text
Keywords: ecosystem service value (ESV); eco-economic harmony (EEH); spatial aggregation modes; sustainable development; Hengduan Mountain area ecosystem service value (ESV); eco-economic harmony (EEH); spatial aggregation modes; sustainable development; Hengduan Mountain area
►▼ Show Figures 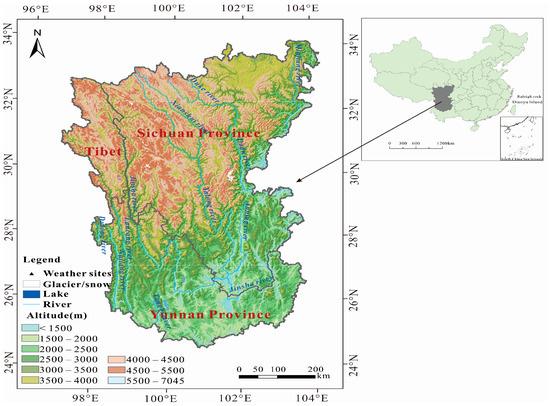