Property Rights and the Soybean Revolution: Shaping How China and Brazil Are Telecoupled

China currently has the largest population in the world and is currently experiencing rapid economic and urban growth, becoming the world’s number one pork and poultry consumer. In order to meet this growing demand for meat, China has increased its demand for soybeans to produce chicken and pork. It has imported soybeans from the United States, Brazil, and Argentina, while keeping its soybean production for direct human consumption stable at home. Brazil has become the largest soybean exporter to China, and, in response specifically to Chinese demand, has become the second largest producer of soybeans in the world. This has changed land use in Brazil, particularly in its central plateau. In this paper, we indicate how these two countries, telecoupled by trade in soybeans, are depending on each other as they try to balance environmental and economic objectives. Brazil, as a sending system, has created pressures on its natural ecosystems, which have led to losses particularly in the Cerrado biome and its ecotones in the Amazon’s tropical moist forest biome. China, as a receiving system, has created a land asset important to regenerating its lost natural systems (e.g., forest cover areas). Both countries have different property rights regimes, which have created distinct circumstances in which they are to protect or regenerate their natural ecosystems. Throughout this paper, we analyze how both countries have dealt with the lure offered by the soybean commodity trade. View Full-Text
Keywords: property rights; telecoupling; agribusiness; Brazil; China property rights; telecoupling; agribusiness; Brazil; China
►▼ Show Figures 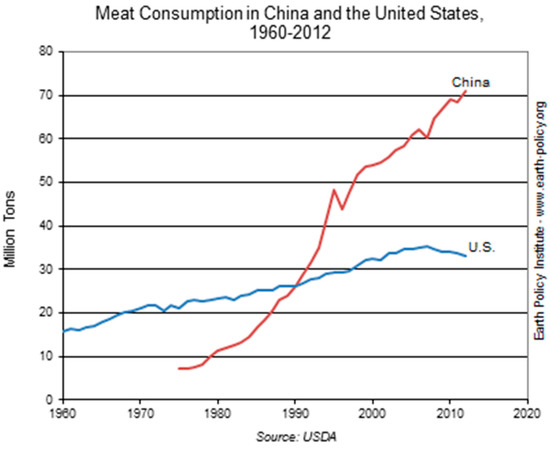