In open pit coal mining, soil and vegetation are removed prior to the start of mining activities, causing physical, chemical, and microbiological changes to the soil and landscape. The present work shows the results of an integrated study of the remediation of mine waste with a high level of salt contamination in areas of the Cesar Department (Colombia), employing biochar as an amendment. Physical-chemical properties including Munsell color, texture, pH, electrical conductivity, water-holding capacity, cation exchange capacity, metal content, organic carbon, sulfates, extractable P, and total nitrogen were characterized both in the soils contaminated with mine residues and the biochar sample. A high concentration of sulfates, calcium, iron, and aluminum and a significant presence of Na, followed by minor amounts of Mg, K, Cu, and Mn, were observed in efflorescent salts. X-ray diffraction indicated a high presence of quartz and gypsum and the absence of pyrite and Schwertmannite in the efflorescent salt, while showing broad peaks belonging to graphene sheets in the biochar sample. Soil remediation was evaluated in Petri dish seed germination bioassays using Brachiaria decumbens. Biochar was shown to be effective in the improvement of pH, and positively influenced the germination percentage and root length of Brachiaria grass seeds.
Keywords: coal mine waste; amendments; efflorescent salts; biochar; germination bioassay coal mine waste; amendments; efflorescent salts; biochar; germination bioassay

Major environmental problems from coal mining are mostly associated with high concentrations of sulfur, salinity, metals, and acidity [1] produced by surface deposits of waste rocks (mine waste) [2,3]. These components can affect the quality of surface waters and shallow groundwater near the mines. The presence of high concentrations of salts in coal mining soils resulting from the use of coatings rich in salts or as a consequence of the pyrite oxidation in the mine spoils can decrease the productivity of the soil [4]. In particular, dissolution of salt from saline mine spoil during rainfall events may result in local or regional dispersion of salts through leaching, or in the accumulation of dissolved salts in soil pore water and inhibition of plant growth [5]. Therefore, despite the application of amendments to carbonaceous wastes, coal mines can still be a source of high concentrations of metals and dissolved salts such as Mn, Zn, Al, Fe, K, Cu Se, Na, Ca, Mg, Cl, NO3−, and SO42− [2,3,6,7]. Salinity and osmotic tension have been found to be responsible for the inhibition of plant growth and the delay of germination [8]. Salinity adversely affects crop seed germination either through the creation of osmotic potential outside the seed, which hinders water absorption, or through the toxic effect of Na+ and Cl− ions [9,10]. Salinity is normally evaluated through electrical conductivity (EC) readings of soil solutions or saturated soil pastes, which are highly correlated with the concentration of total salts. Efflorescent salt in coal mine spoil piles is dominated by sulfate salts of sodium, magnesium, and calcium [1], a product of the evaporation of acid mine drainage (AMD) in surficial environments. These minerals can be considered as the highest polluting residue in the mining environment. Because of the high solubility of efflorescent minerals, climate plays an important role in their mineral chemistry [11]. The minerals commonly associated with saline soils are gypsum, thenardite, mirabilite, hexahydrate, epsomite, bloedite, konyaite, loweite, eugstgerite, wattevilleite, halite, nitratine, and natrojarosite [1].
The use of stabilization materials or reagents for the remediation in situ of soils contaminated with metals and organic constituents has been extensively studied, and they are increasingly being accepted as a remediation technology [12]. The main goal of in situ remediation technologies is to stabilize and contain pollutant materials in the soil to reduce their ability to pollute water or biota and thereby reduce their potential for toxicity and transport. These technologies also aim to improve the soil’s water retention capacity [13,14,15], cation exchange capacity (CEC), and the availability of nutrients such as P, Ca, and K [16,17,18], and to improve mine soil aggregation and root length [19,20]. Recently, soil recalcitrant organic carbon (also known as biochar), which is a black carbon material, has been studied as a soil amendment [18,21,22]. The application of biochar improves some physical and chemical soil properties [23]. For example, in one study, biochar application increased soil aggregation, water holding capacity, and cation exchange capacity [24]. The type of biochar and its application rate influence wheat seed germination and seedling growth [25]. However, some studies have reported that maize seed germination and early growth are not significantly affected by biochar [26]. The biochar remediation of Cu, Zn, and Cd in soil samples has also been evaluated [27]. The capacity of activated charcoal to absorb a variety of salts has long been noted [28], and charcoal has also been utilized in industrial desalination processes [29,30]. However, the potential use of biochar as a soil amendment to mitigate salt-induced plant stress appears to have received essentially no prior research attention. In this way, the use of biochar as an amendment and remediation medium has been widely accepted for soil quality improvement [18,31]. Additionally, the presence of graphene in the biochar used for environmental remediation purposes opens up the possibility of new potential applications [32], provides a slow release fertilizer and serves as a microbial inoculum [33,34]. The stimulation or inhibition of seed germination through biochar application has been investigated primarily [25] as a phytotoxic bioassay and for its potential role in the rehabilitation, revegetation, and repair of contaminated soils [35].
The main goal of this work is to assess the action and effectiveness of biochar as an amendment in the remediation of soil contaminated with efflorescent salts in a coal mining area in the north of Colombia.
The research here was aimed to study the effect of biochar from oil palm crop residues on the germination and elongation of the brachiaria grass root in mining soils affected by the presence of efflorescent salts by coal mining activity in Cesar.

2.1. Site Location and Description of Study Area and Sampling

Mining waste samples were collected in a coal mining area in the north of Colombia (La Loma, Department of Cesar) (Figure 1). The samples were taken with a spatula, removed from the salt layer, dried to moisture equilibrium for 24 h, and sieved with a mesh to select particles measuring 2 mm in size or less.

Biochar sample was provided by the Colombian Oil Palm Research Center (Centro de Investigación en Palma de Aceite, CENIPALMA). The analyzed sample corresponds to biocarbon obtained from stipe (trunk) of Oil Palm by carbonization in a TPI portable metal oven (designed by the Tropical Products Institute) reported by FAO. The sample comes from a low technology system where the pyrolysis time depends on the temperatures that the oven can reach with a maximum of 400 and minimum of 200 °C nonuniformly [36].

2.3. Characterization of Efflorescent Salts and Biochar

The coal mine waste samples were characterized using the Sobek method [37]. Color was measured by comparison with color chips based on the Munsell color system. Soil texture was analyzed utilizing a Bouyoucos hydrometer. The pH and EC were measured using a pH/EC meter (pH-metro Orion Scientific Waltham). Efflorescent salt was measured in a soil/water ratio of 1:1 (w/v) suspension, while biochar samples were measured in water at a 1:5 (v/v) ratio. pH and EC response as a function of biochar content (0, 5, 10, 15, …, and 50% v/v) were measured in saturated paste made by adding the required amount of biochar to 10 mL of the efflorescent salts [38]. Total nitrogen (TN) of the efflorescent salt was determined by the Kjeldahl method and soil organic carbon (SOC) by the Walkley–Black method, while extractable P, and carbon (C), hydrogen (H), nitrogen (N), and S content in the biochar were determined using an CHNS elemental analyzer (LECO model Truspec). The oxygen content was calculated by mass difference (100%—C, H, N, S, and ash %). The water holding capacity (WHC) and cation exchange capacity (CEC) were measured according to the Colombian Technical Norm (NTC) 5167 [39]. The total concentrations of Al, Mn, Zn, Fe, and Cu were determined by atomic absorption spectrometry (AAS) after acid digestion using GBC 932 Plus equipment, according to method 3050b [40]. X-ray diffraction patterns were collected using a Rigaku MiniFlex X-ray diffractometer with a Cu Kα source (λ = 1.5406 Å) in Bragg–Brentano geometry. The data was collected in the range 20°–80° in 2θ with a scanning speed of 0.05° per minute, and a probe size less than 0.044 mm. The XRD pattern of the efflorescent salts was analyzed using the Xpowder 2004, 2010.01.10 software (Informer Technologies Inc., Los Angeles, CA, USA). The FTIR measurements were performed with a Nicolet 6700 FTIR spectrometer (Thermo Scientific) using a Thermo Scientific smart diffuse reflectance accessory [41]. Scanning electron microscopy (SEM) was carried out in JEOL JSM 6490.

Germination percentage and root growth were established according to Solaiman et al. [25]. Fifty seeds of brachiaria (Brachiaria decumbens) were planted in Petri dishes (8.5 cm in diameter) on a layer of filter paper moistened with deionized water. Then, 0, 1.0, 3, and 5.0 g of efflorescent salts and 0, 1, 2.5, and 5 g of biochar were mixed respectively. All Petri dishes were covered and incubated in the dark at 25 °C for 10 days. The root lengths of the seedlings in each Petri dish were measured with a ruler.

We characterized efflorescent salts and biochar used as an amendment for the remediation of soils in a coal mining area in the north of Colombia. Efflorescent salt is dominated mainly by quartz and gypsum with appreciable amounts of alunite and natrojarosite and minor amounts of calcite and halite, with high concentrations of sulfates, Fe, and Al, as well as minor amounts of Ca, Na, Mg, and K. It has electrical conductivity. The soil pH increased due to the addition of biochar developed from crop residues of palm oil. The present study demonstrated that efflorescent saline stress from coal mining affects the germination and growth of brachiaria grass. The results of this study also suggest that biochar can improve germination properties in mine soil containing efflorescent salts as a result of coal mining, and showed biochar to be effective in the restoration of soil. These results are very important for designing repair strategies for soils in coal mining areas in the north of Colombia. 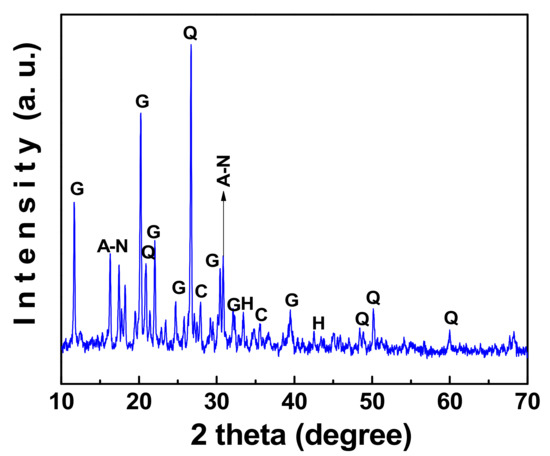 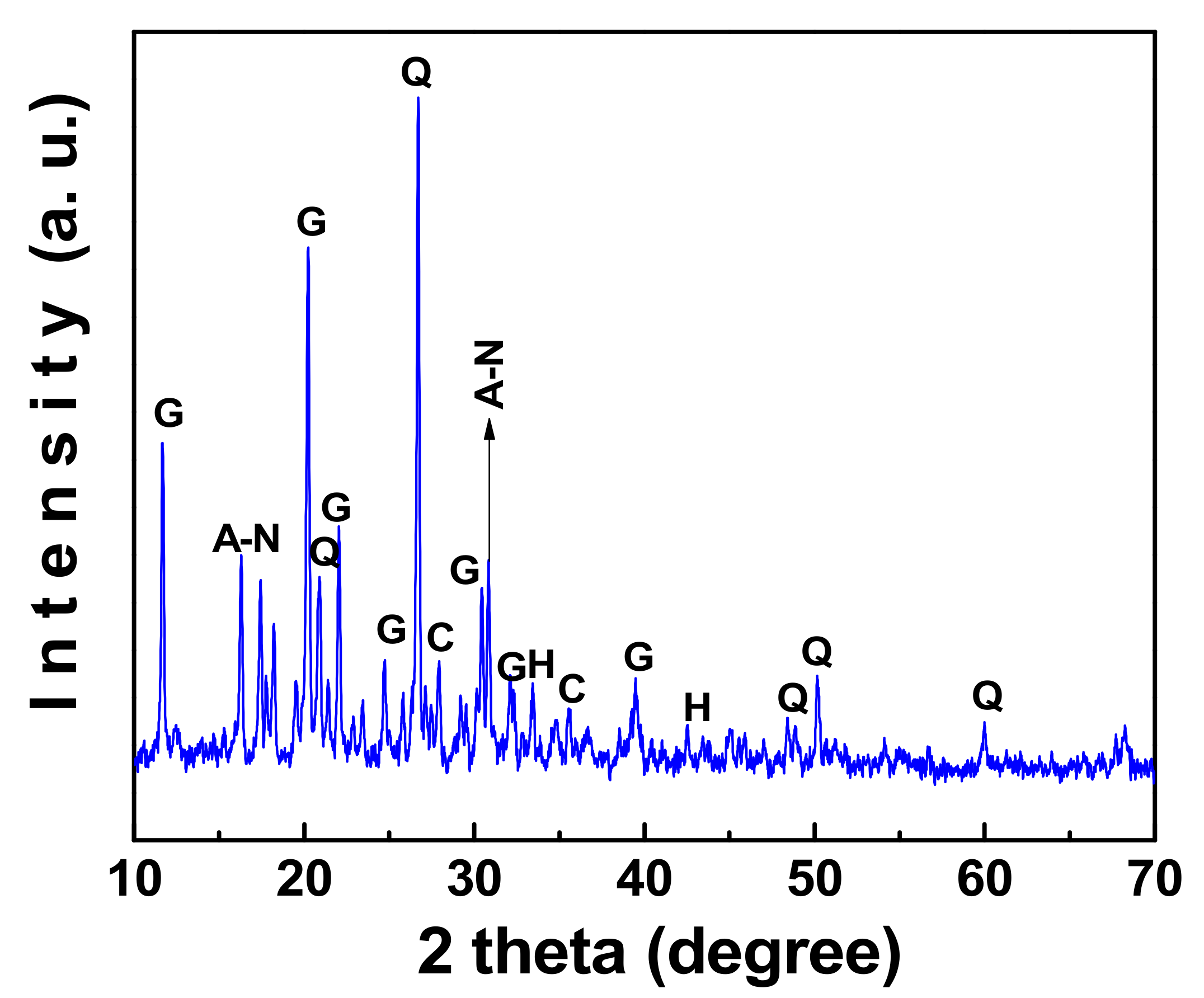 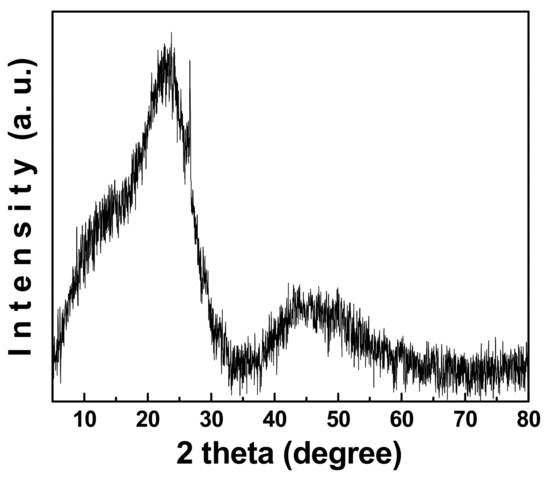 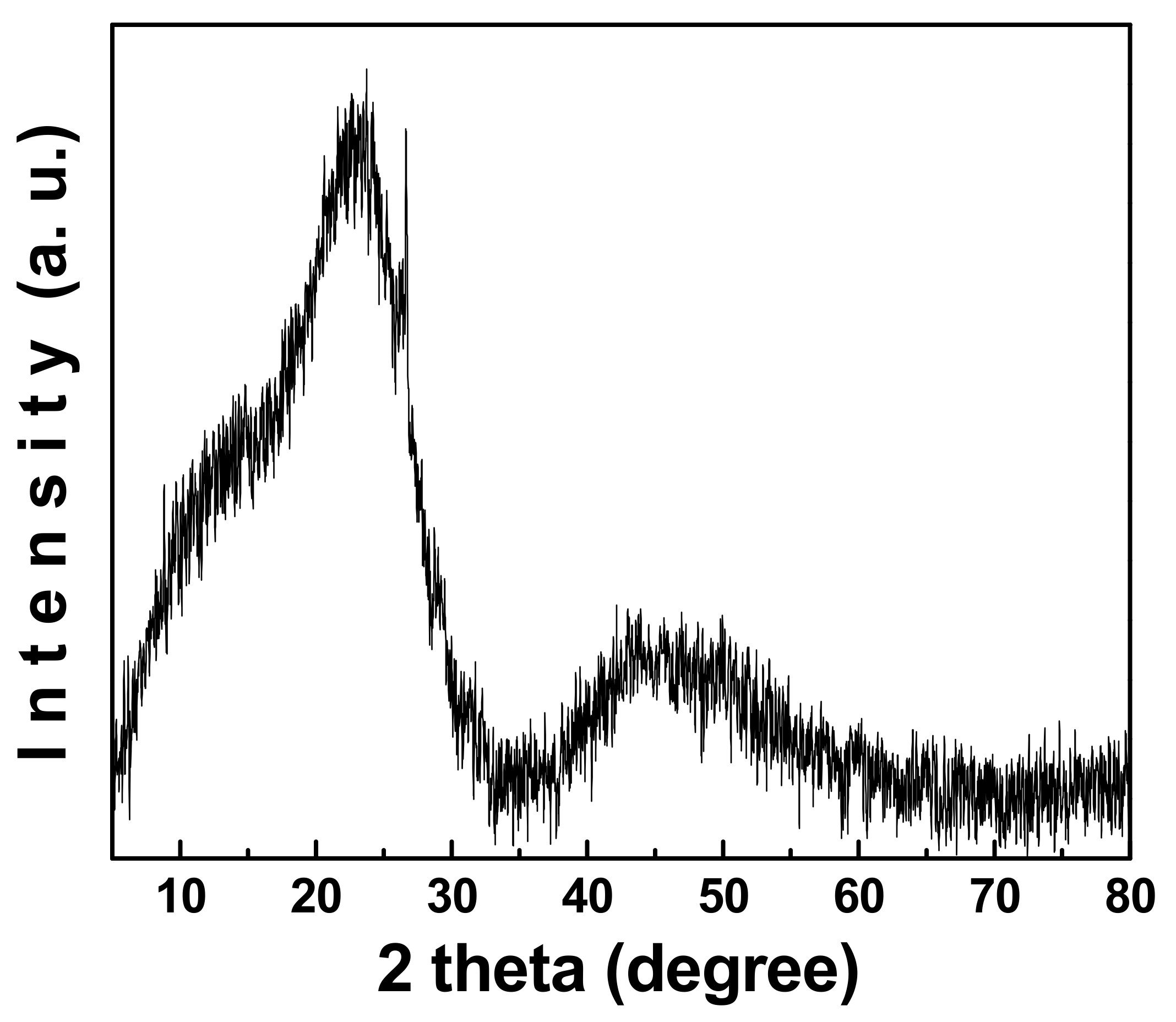