Environmental Efficiency and Its Determinants for Manufacturing in China

In this section, we analyze the empirical results of the influencing factors of the environmental efficiency. First, the manufacturing industries are classified according to the pollution intensity. Second, we describe the data and propose the hypotheses. Third, we utilize a two-stage approach to analyze the efficiency. In the first stage, we use the SBM-DEA model to measure environmental efficiency and economic efficiency of manufacturing in China. The score falls between 0 and 1. In the second stage, we use the Tobit regression model to analyze the driving factors which influence the efficiency.

In this section, in order to estimate the economic efficiency and the environmental efficiency, the data selected from inputs and outputs is described. All data cover 30 manufacturing industries in China from 2006 to 2011 excluding the Recycling and Disposal of Waste Industry due to a lack of relevant data. Thus, there are 29 industries to be evaluated in all. According to a rule Golany and Roll [39] proposed, the number of evaluated DMUs should be more than five times the total selected number of inputs and outputs; otherwise, the study results’ credibility and validity of the results will be seriously compromised.
As for the input indicators, we employ capital, labor, energy consumption, and technology as inputs, since capital and labor are important production input factors according to modern Western economics [40]. Thus, we employ total assets as an indicator for capital and annual average employed person as an indicator for labor. Since Li et al. [40] using energy consumption as an input to evaluate the regional environmental efficiency, we chose energy consumption as an indicator. Meanwhile, Zhou et al. [28] indicate that environmental performance improved mainly from the technological change and technology development can improve environmental efficiency obviously. Thus, we employ the expenditure on R&D as a technology indicator [40].
As for output indicators, we use gross industrial output value as a desirable output and the total volume of industrial waste gas emission as an undesirable output. Some literature uses gross domestic product (GDP) as a desirable output to evaluate the regional environmental performance [27,28,40]. Thus, we utilize the gross industrial output value to evaluate the economic and environmental efficiency of manufacturing industries. We employ the total volume of industrial waste gas emission as an undesirable output because the waste gas is the main byproduct of production activity [37,41].
Among those variables, total assets, annual average employed persons, and gross industrial output value are from the China Statistical Yearbooks. Energy consumption is obtained from China Energy Statistical Yearbooks. Expenditure on R&D is from the China Statistical Yearbooks on Science and Technology. The volume of industrial waste gas is obtained from the China Statistical Yearbooks on Environment.

3.2.2. Tobit Regression Data and Its Hypotheses

The dataset used in this stage covers annual data of 29 manufacturing industries over the six-year period from 2006 to 2011. We analyze the explanatory variables of environmental efficiency from three factors, such as the openness degree, the industry scale and the energy structure. We define the technology development level and profitability as the control variables. The dataset is obtained from the China Statistical Yearbooks, China industry Economy Statistical Yearbook, China Statistical Yearbooks on Science and Technology and the China Energy Statistical Yearbooks.
Our regression analysis centers on the following four hypotheses:
Hypothesis 1.
A higher openness degree improves environmental efficiency.
In the process of economic globalization, the openness degree has a healthy impact on economy and environmental development. For one country, researching and developing the technology by itself and purchasing it from overseas are the two effective ways to gain the green technology. However, for a developing country, it is a lower risk way to purchase than to research and develop. By increasing the income, free trade can bring more resource and technology to improve the environment. Additionally, it can also benefit to the international exchange of cleaning technology, production, and service [42,43,44,45] considered that trade liberalization can reduce the energy market distortion and decrease the carbon emission worldwide. Some researches argue that foreign trade has made a great process in environmental and energy efficiency [29,46,47,48]. We define the percentage of industrial export value as the index of the openness degree [49,50].
Hypothesis 2.
A greater industry scale results in higher environmental efficiency.
Industry scale plays an important role in China’s industrial economy and environment. Large scale industries mainly are industries with high entering berries, high monopoly, and strong economy strength. The extent of investment scale of fixed assets in plant and equipment will accelerate the speed of improving and updating the technology in energy saving and emission reduction. As a result, large industry scale will weaken the carbon emission intensity and improve the energy and environment efficiency [51,52,53]. Zhu [54] argues that fixed capital is a very important factor for developing the economy. We define the percentage of industrial investment in fixed assets as the index of the industry scale.
Hypothesis 3.
The energy structure has a negative effect on environmental efficiency.
Since the resource characteristic is that the coal is fat and the oil is scarce in China, the energy structure in China is mainly composed by coal consumption and it has an effect on China’s economy and environment. Pan et al. [41] provides that coal consumption results in lower energy efficiency. Thus, we conclude that it has a negative effect on economy and environment. We define the percentage of industrial coal consumption as the index of the energy structure.
Hypothesis 4.
Technology development level has a positive effect on environmental efficiency.
The degree of industrial environment improvement can be considered as a proxy for the level of technological development. Bian and Yang [29] provide that technological innovation is closely related to resource and environment efficiency. We define the percentage of industrial invention patents as the index of the technology development level.
Hypothesis 5.
Higher profitability improves environmental efficiency.
Russo and Fouts [55] argue that there is a positive link between economic and environmental performance. Thus, we believe profitability has a positive effect on environmental efficiency. We define the ratio of total profits to revenue from principle businesses as the index of profitability.
The definitions of the variables mentioned above are shown in Table 2.
To define the effect of the influencing factors on the environmental efficiency, we define the Tobit model as follows: where t denotes time and i is the serial number of the manufacturing industries. is a dependent variable which denotes the environmental efficiency considering undesirable outputs with the value ranges from 0 to 1. The meaning of EV, IFA, CC, IP and PTR is shown in Table 2. The openness degrees (EV), the industry scale (IFA) and the energy structure (CC) are explanatory variables. Additionally, the control variables are the technology development level (IP) and profitability (PTR) based on the present literature. is a constant term and are parameters to be estimated. is an error term and . 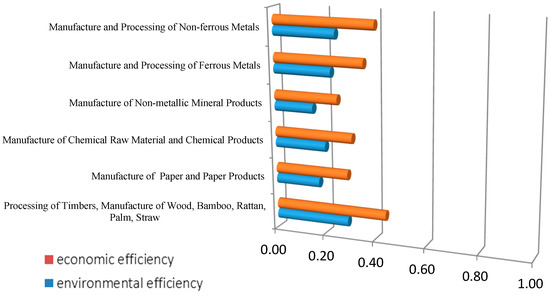 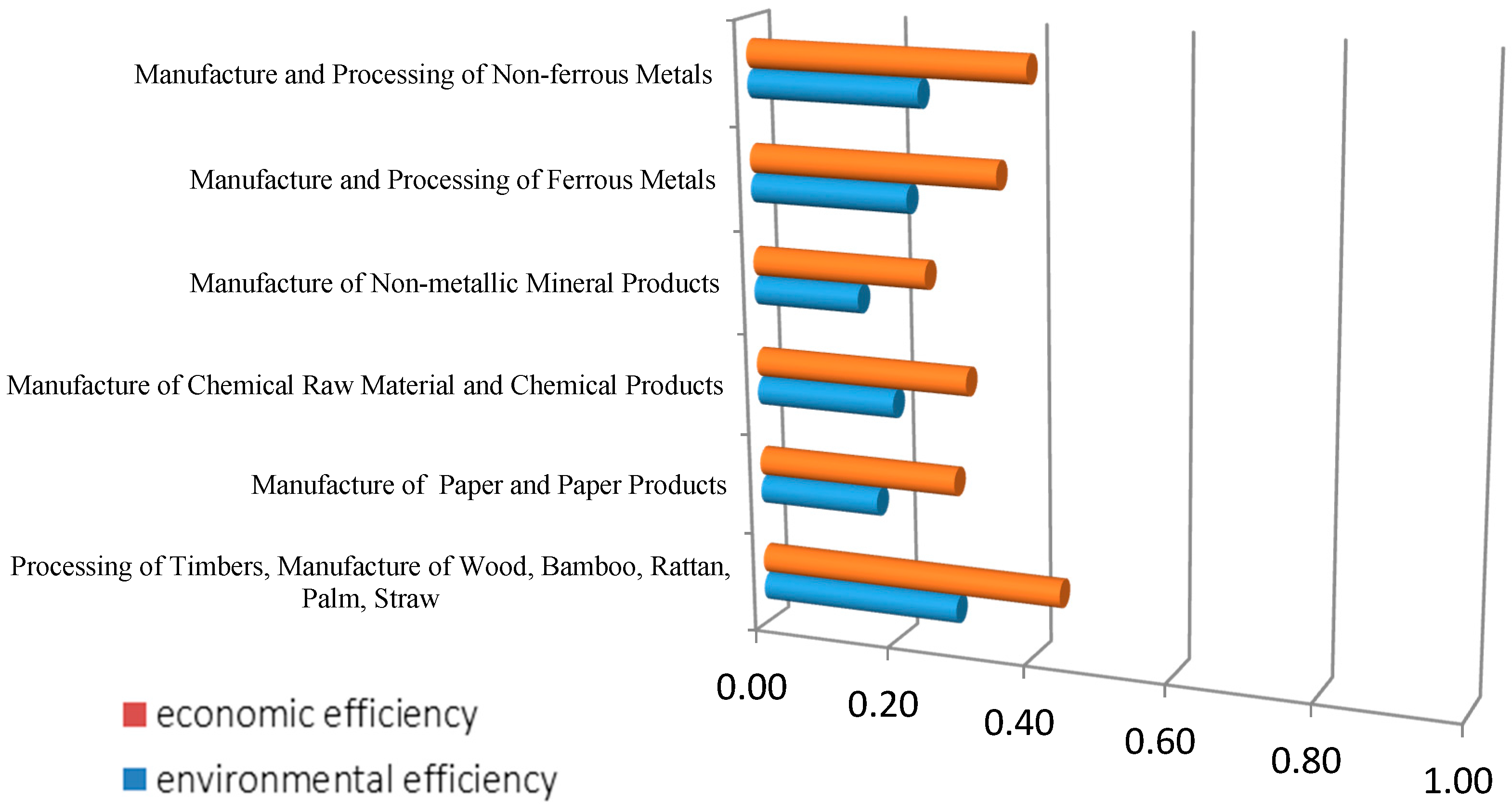 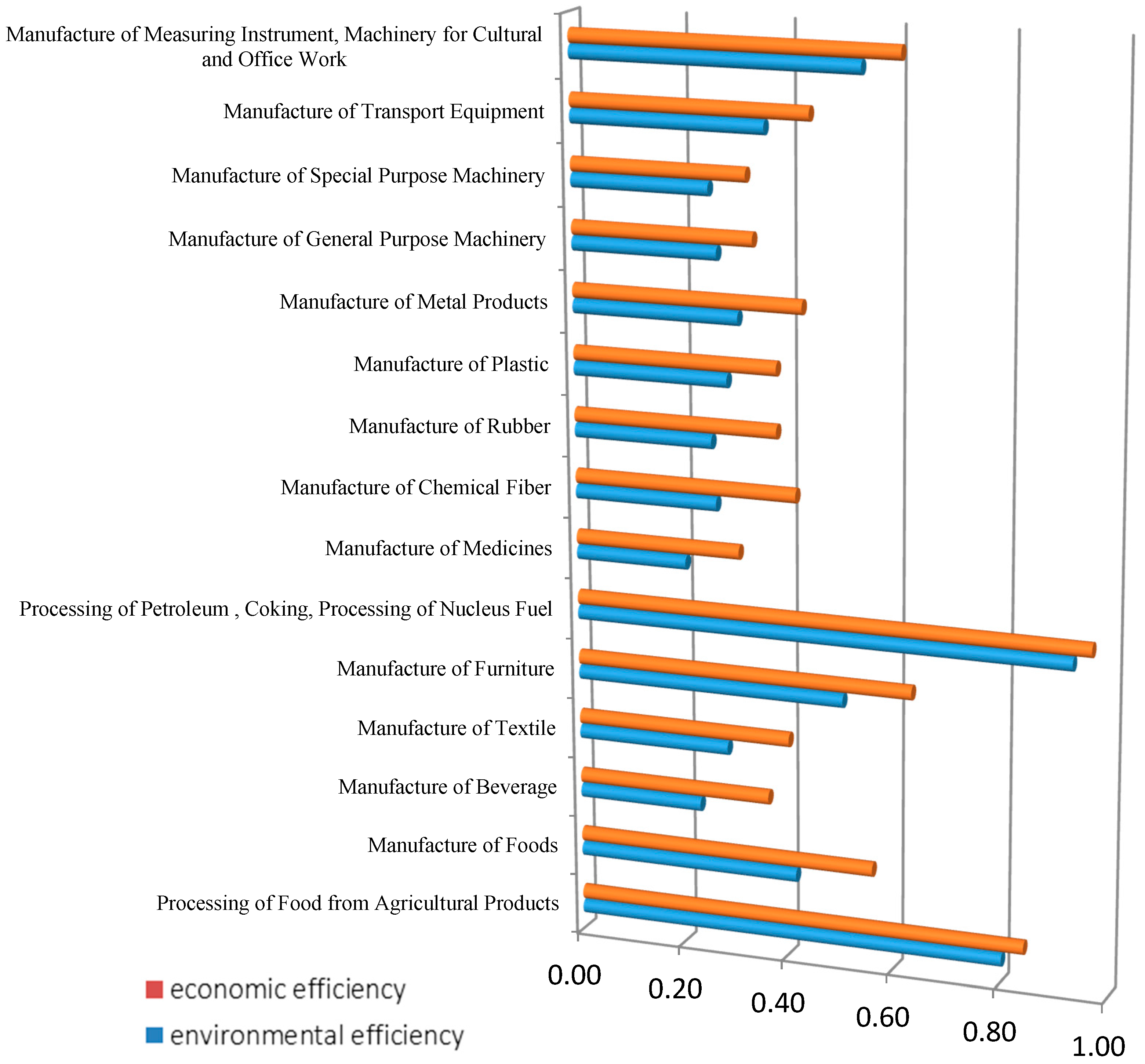 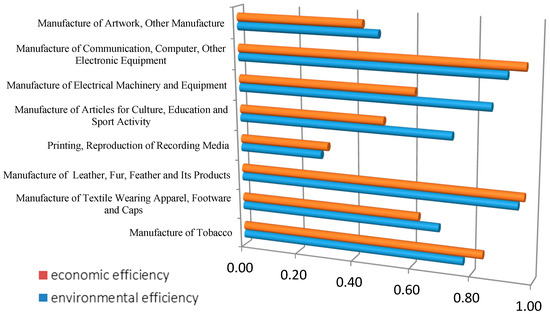 Table 3. Environmental efficiency of manufacturing in China from 2006 to 2011.