Experience with LEDS and NAMA Low Carbon Strategies: The Case of Georgia
Next Article in Special Issue

Wind energy is considered a clear and sustainable substitution for fossil fuel, and the stock index of the wind energy industry is closely related to the oil price fluctuation. Their relationship is characterized by multiscale and time-varying features based on a variety of stakeholders who have different objectives within various time horizons, which makes it difficult to identify the factor in which time scale could be the most influential one in the market. Aiming to explore the correlation between oil price and the wind energy stock index from the time–frequency domain in a dynamic perspective, we propose an algorithm combining the wavelet transform, complex network, and gray correlation analyses and choose the Brent oil price and the international securities exchange (ISE) global wind energy index from January 2006 to October 2015 in daily frequency as data sample. First, we define the multiscale conformation by a set of fluctuation information with different time horizons to represent the fluctuation status of the correlation of the oil–wind nexus rather than by a single original correlation value. Then, we transform the multiscale conformation evolution into a network model, and only 270 multiscale conformations and 710 transmissions could characterize 2451 data points. We find that only 30% of conformations and transmissions work as a backbone of the entire correlation series; through these major conformations, we identify that the main factor that could influence the oil–wind nexus are long-term components, such as policies, the status of the global economy and demand–supply issues. In addition, there is a clustering effect and transmissions among conformations that mainly happen inside clusters and rarely among clusters, which means the interaction of the oil–wind nexus is stable over a short period of time. View Full-Text
Keywords: wind energy; oil price; multiscale; complex network wind energy; oil price; multiscale; complex network
►▼ Show Figures 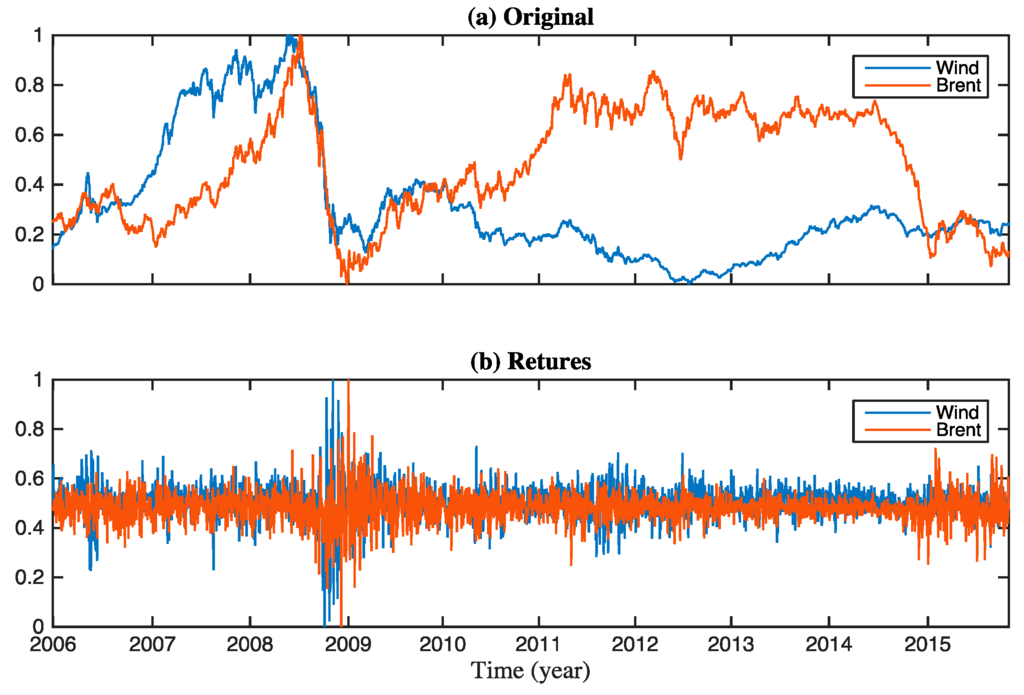