A paradigm shift in river management practice is underway, from a hard engineering-dominated emphasis that endeavours to control water, to a multi-functionality-framed approach that strives to restore a river’s ecology, scenery and ecosystem services. In Taiwan, the Laojie River in Taoyuan City, where a channelized and piped urban river was recently transformed into an accessible, linear green infrastructure feature, is widely regarded as the first extensive and successful river restoration project in Taiwan’s densely-urbanized, flood-prone areas, yet its actual performance is rarely examined in any depth. Through in-depth interviews, fieldwork and a review of government documents, this paper presents findings on the practical factors involved in the practice of river restoration and their implications for urban river management. First, local people support river restoration with de-culverting, but potential flooding is a concern that results from different flood-risk perceptions and ineffective flood-risk communication between the government and public. Second, a mix of hard and soft edges to the watercourse improves the riverside landscapes in a densely-urban, flood-prone area. Third, due to a lack of basin-wide supporting sanitary sewer systems, a combination of on-site gravel contact oxidation treatment systems and riverside sewage-intercepting facilities still fails to improve the river water quality. Fourth, people’s positive attitudes towards river restoration are largely associated with landscape aesthetics and recreational value, rather than water quality and biodiversity. It is revealed that using the Cheonggyecheon Stream in South Korea as a frame for river restoration seems effective in providing local people with an example of successful river restoration, based mainly on flood prevention and recreational and aesthetic improvement. Moreover, the effective flood-risk communication is mainly reliant on an intelligible presentation of related information to the general public. Practical, continuous and extensive public participation, with various types of involvement and resources along with a solid system of social objectives by which to assess the outcome, is central to the social aspect of river restoration. View Full-Text
Keywords: river restoration; multi-functionality; flood risk; green infrastructure; landscape management river restoration; multi-functionality; flood risk; green infrastructure; landscape management
►▼ Show Figures 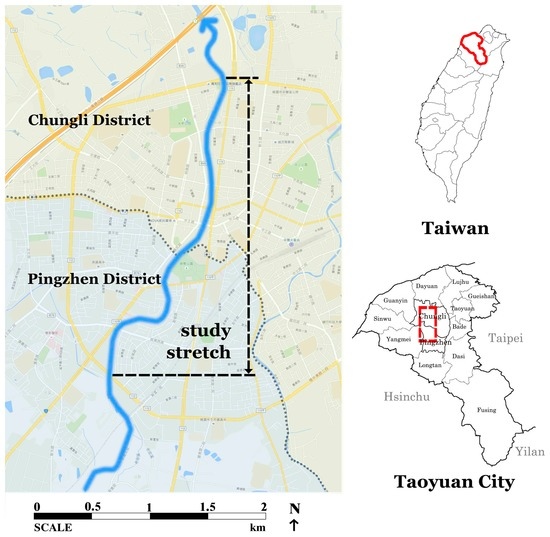