Thinking about Smart Cities: The Travels of a Policy Idea that Promises a Great Deal, but So Far Has Delivered Modest Results
Previous Article in Special Issue

During the past 30 year of economic growth, China has also accumulated a huge environmental pollution debt. China’s government attempts to use a variety of means, including tax instruments to control environmental pollution. After nine years of repeated debates, the State Council Legislative Affairs Office released the Environmental Protection Tax Law (Draft) in June 2015. As China’s first environmental tax law, whether this conservative “Environmental Fee to Tax (EFT)” reform could improve the environment has generated controversy. In this paper, we seek insights to this controversial issue using the machine learning approach, a powerful tool for environmental policy assessment. We take Hubei Province, the first pilot area as a case of EFT, and analyze the institutional incentive, behavior transformation and emission intensity reduction performance. Twelve pilot cities located in Hubei Province were selected to estimate the effect of the reform by using synthetic control and a rapid developing machine learning method for policy evaluation. We find that the EFT reform can promote emission intensity reduction. Especially, relative to comparable synthetic cities in the absence of the reform, the average annual emission intensity of Sulfur Dioxide (SO2) in the pilot cities dropped by 0.13 ton/million Yuan with a reduction rate of 10%–32%. Our findings also show that the impact of environmental tax reform varies across cities due to the administrative level and economic development. The results of our study are also supported by enterprise interviews. The EFT improves the overall environmental costs, and encourages enterprises to reduce emissions pollution. These results provide valuable experience and policy implications for the implementation of China’s Environmental Protection Tax Law. View Full-Text
Keywords: environmental fee to tax reform; China; synthetic control method; sulfur dioxide (SO2) emissions; machine learning environmental fee to tax reform; China; synthetic control method; sulfur dioxide (SO2) emissions; machine learning
►▼ Show Figures 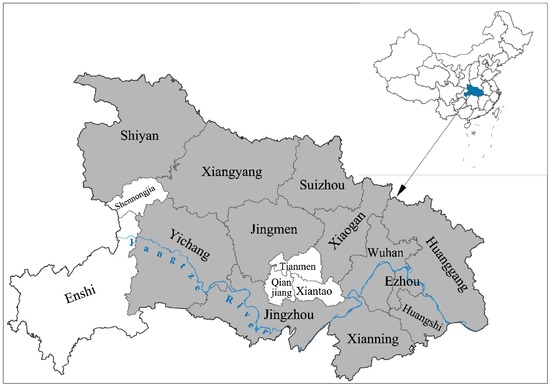