The Unintended Consequences of Technological Change: Winners and Losers from GM Technologies and the Policy Response in the Organic Food Market

It is often said that innovations create winners and losers. All innovations are somewhat disruptive, but some have more distributed effects. We have a sense of who the winners are and how much they gain. Yet, how much do losers actually lose? Organic farmers frequently like to publicly announce that they are the losers following the commercialization of genetically modified (GM) crops, yet consumers in search of non-GM products have helped increase demand for organic products, something that would not have occurred in the absence of GM crops. Are organic farmers really losers? This article lays out the argument that were it not for the commercialization of GM crop varieties in the mid-1990s, organic production and food sectors would not be at the level they enjoy today. That is, the commercialization of GM crops has made the organic industry better off than had GM crops not been commercialized. Theoretical modelling of the organic benefits is complemented by supportive market data. The article concludes that in spite of numerous vocal offerings about the adverse impacts suffered by the organic industry due to GM crop production, the organic industry has gained significantly from that which they vociferously criticize. View Full-Text
Keywords: coexistence; GM crops; labelling; social welfare; socio-economic considerations; spill-over benefits coexistence; GM crops; labelling; social welfare; socio-economic considerations; spill-over benefits
►▼ Show Figures 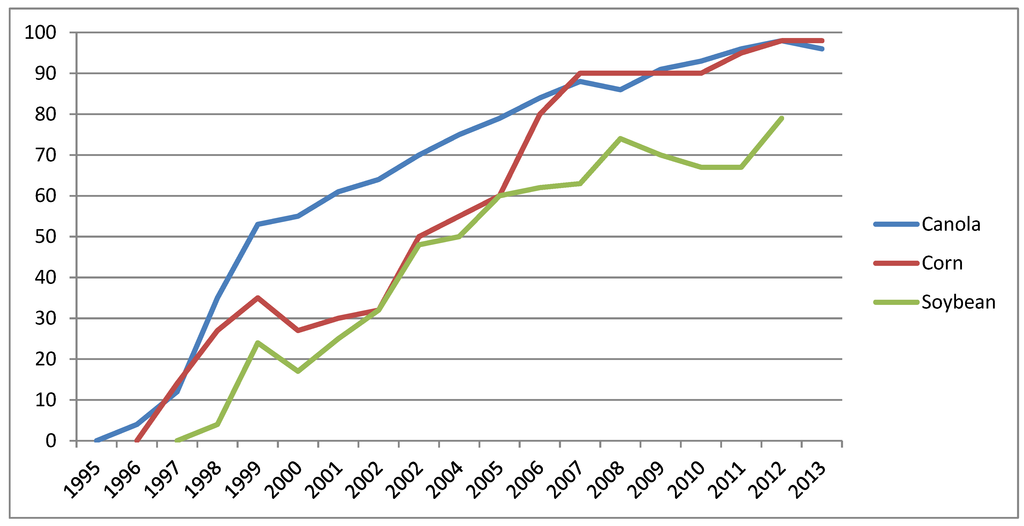