Developing Students’ Action Competence for a Sustainable Future: A Review of Educational Research

The geological transitional period from the Marine Isotope Stage (MIS) 5 to 4 during the Quaternary period is a multidimensional change involving monsoon and precipitation variation, vegetation dynamics, and environmental evolution. The first loess layer (L1) and the first paleosol layer (S1) in the Chines Loess Plateau provide excellent high-resolution terrestrial sediment record for this transition. In this work, grain size (GS), CaCO3 content, magnetic susceptibility (MS), and pollen composition were measured at intervals of 2-cm in two representative L1/S1 profiles in the southern Chinese Loess Plateau to reconstruct records of climatic and vegetative changes during this transition. Our results showed that, in general, the paleo-vegetation type was forest-steppe, with Pinus being the commonest tree, and Chenopodiaceae and Artemisia being common herbs in the study area. The topography had a significant impact on the distribution of paleo-vegetation. The increase of coarse particles, the decrease of magnetic susceptibility, and the rising percentage of Gramineae, Artemisia and Chenopodiaceae pollen, all indicated that the paleoclimate became cooler and drier over the transitional period. Besides, we identified a cool event at about 76.8 ka B.P. as revealed by grain-size curves, and in response to this event, the vegetation changed significantly but lagged several hundred years behind the grain size record. This study confirmed the cooling and drying tendency during the MIS 5 to 4 transition phase in the southern margin of the Chinese Loess Plateau. These findings shed light on the climatic change on vegetation evolution during the MIS 5 to 4 transition period. View Full-Text
Keywords: MIS 4; MIS 5; vegetation evolution; climate change; Chinese Loess Plateau MIS 4; MIS 5; vegetation evolution; climate change; Chinese Loess Plateau
►▼ Show Figures 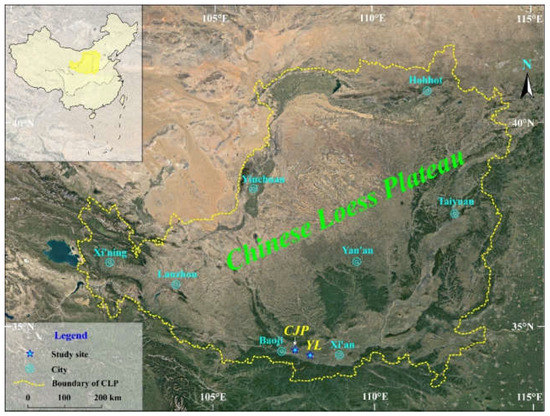