Improved Usability of Pedestrian Environments After Dark for People with Vision Impairment: an Intervention Study

Walking is an important transport mode for sustainable cities, but the usability of pedestrian environments for people with impaired vision is very limited after dark. This study compares the usability of a walkway, operationalized in terms of (i) the pedestrian’s ability to orient themselves and detect infrastructure elements, and (ii) the perceived quality of lighting in the environment (evaluated in terms of the perceived strength quality and perceived comfort quality). The study was performed in a city in southern Sweden, along a pedestrian route where observations and structured interviews had previously been conducted and after an intervention involving installing new lighting systems with LED lights. A mixed method analysis involving participants with impaired vision (N=14) showed that the intervention generally improved the walkway’s usability: observations indicated that the participants’ ability to orientate themselves and detect infrastructure elements increased, and the interviews showed that the intervention increased the perceived strength quality of the lighting along the walkway. However, the effects on the perceived comfort quality were unclear. It is therefore important to carefully evaluate new lighting systems to reduce the risk of creating an inappropriate lighting design that will limit walking after dark by people with impaired vision. View Full-Text
Keywords: urban walking; vision impairment; usability; walkway; outdoor lighting urban walking; vision impairment; usability; walkway; outdoor lighting
►▼ Show Figures 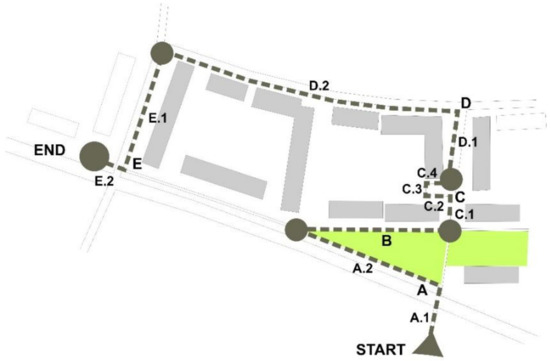