Emerging Concerns about Microplastic Pollution on Groundwater in South Korea

Microplastics in Honey, Beer, Milk and Refreshments in Ecuador as Emerging Contaminants

According to the latest research, marine products have the greatest potential for microplastic (MPs) contamination. Therefore, their presence in terrestrial food has not managed to attract much attention—despite the fact that in the future they may represent a serious environmental risk. Research conducted in Europe and the US has indicated the presence of MPs in tap water, bottled water, table salt, honey, beer and snails for human consumption. The presence of MPs in food has not yet been evaluated in Latin America. This work focused on evaluating two widely consumed beverages: milk and soft drinks. Furthermore, honey and beer samples were analyzed and compared to findings in the literature. All products were sourced in Ecuador. In order to determine correlations with the intensity of anthropogenic activity, samples of both industrially processed and craft products were studied. For the analysis, an improvement of previous techniques used to determine MPs in honey was applied. This technique uses microfiltration followed by degradation of organic matter with hydrogen peroxide—and finally, continuous rinsing with deionized water. Size ranges were established between 0.8–200 mm. The number of microplastics found was between 10 and 100 MPs/L, with an average of around 40 MPs/L. The sizes of the particles found in the study are in the range of 13.45 and 6742.48 μm for the fibers, and between 2.48 and 247.54 μm for the fragments. From the composition analysis carried out with FTIR, we were able to confirm the presence of 12% of microplastic. The results generally showed a greater presence of MPs compared to those registered in Europe, probably due to processing methods rather than environmental pollution. Regarding composition, the main microplastics found were polyethylene, polypropylene and polyacrylamide. View Full-Text
Keywords: liquid food; drinks; craft process; industrial process; food safety; beverages liquid food; drinks; craft process; industrial process; food safety; beverages
►▼ Show Figures 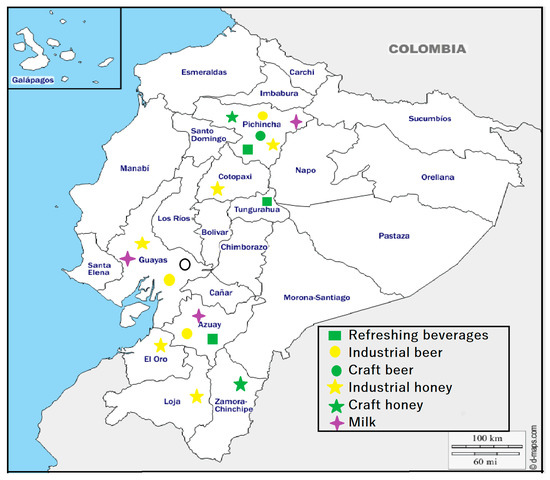