This paper based on the institutional analysis and development framework (IAD) is to discuss the local governance and labor organizations on artisanal gold mining camps in Burkina Faso; a West African country that in recent years has been increasingly exploiting its gold reserves. Field data were collected from three sites in the villages of Diosso, Siguinoguin and Zincko in accordance with the purposive sampling. One major finding gleaned from the on-site research is that forms of governance vary along a continuum from flexible (enforced by a joint powers: artisanal miners’ union, customary authorities and landowners) to rigid (enforced by landowner). Another finding is that the type of relationship between indigenous communities and miners depend on the importance of the authocthony of the artisanal miners. Indeed, they are harmonious in Zincko, where miners originate from the village, whereas they are tense in Siguinoguin, which is populated by migrants. Eventually, this paper relies on the French school of proximity to enrich the definitions given to the attributes of the physical world and the attributes of the community highlighted by Ostrom’s theory as geographical proximity fails to detail forms of relational proximity that clearly structure the way governance is organized on the mining camps. View Full-Text
Keywords: community-based management; common-pool resource; artisanal gold mining; institutional analysis development framework community-based management; common-pool resource; artisanal gold mining; institutional analysis development framework
►▼ Show Figures 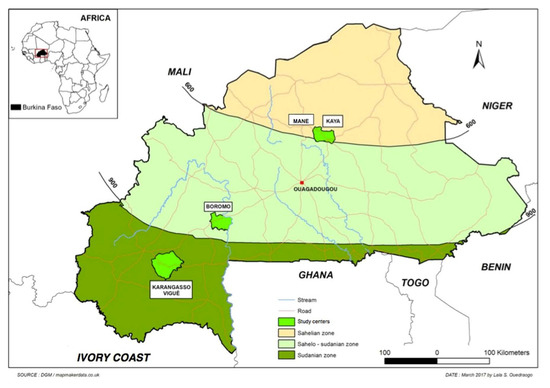