Cerebral Seizures in an Adolescent with Jervell and Lange-Nielsen Syndrome: It May Not Be Epilepsy

Severe Stenosis of Mitral Bioprosthetic Valve Thrombosis in a Patient with HCV-Related Cirrhosis and Duodenal Variceal Bleeding: The Deadly Triad

Prosthetic valve thrombosis (PVT) represents a life-threatening cardiovascular emergency needing a prompt diagnosis and timely appropriate therapeutic intervention [1,2].
Portal hypertension is a severe complication of decompensated cirrhosis and is responsible for the development of ascites and bleeding from esophagogastric varices [3,4,5]. Approximately one-third of patients with histologically confirmed cirrhosis have varices, and one-third of patients with varices develop bleeding, with a mortality rate of approximately 40% [6,7,8].
We report a very challenging clinically unstable case of a 45-year-old patient with mitral bioprosthetic valve thrombosis (M-BPVT) and hepatitis C virus (HCV)-related cirrhosis complicated by duodenal variceal bleeding.

Obstructive PVT is a cardiovascular emergency with a high mortality rate (approximately 10%) independent of treatment modality [2].
Due to non-specific symptoms and signs, a high index of suspicion is warranted, and it should be suspected in patients with any type of prosthetic valve presenting with symptoms of heart failure, thromboembolism, and/or low cardiac output, new and pathologic heart murmurs, and/or documentation of inadequate anticoagulation [1,2]. The diagnosis should be rapidly confirmed by TTE and transesophageal (TOE) Doppler echocardiography (first-line imaging technique). Cinefluoroscopy, CCT, cardiac magnetic resonance imaging (CMR), and to a lesser extent nuclear imaging represent additional tools in the case of inconclusive echocardiography (TTE + TEE) and/or additional information is needed. (Table 1).
The management of a patient with M-BPVT and HCV-related cirrhosis complicated by duodenal variceal bleeding is high risk, whatever the option taken.
In general, the first therapeutic option to try in case of duodenal varicose veins is the endoscopic treatment. However, if the duodenal varices are large in size and/or located in the submucosal layer, there is a high risk of duodenal perforation, and it is difficult to access with an endoscope, so an intervention such as TIPS should be evaluated [17].
TIPS is known to be an effective and safe treatment for varicose bleeding, including duodenal varices, by lowering portal hypertension [17]. However, in this specific case, TIPS was limited by the high risk of pulmonary oedema as a direct consequence of volume overload [9].
A balloon-assisted retrograde transvenous obliteration (BRTO), or plug-assisted retrograde transvenous obliteration (PARTO), or coil-assisted retrograde transvenous obliteration (CARTO) could be performed (if specific expertise is present) as an alternative to TIPS depending upon the patient’s clinical status [18,19,20,21].
On the other hand, the M-BPVT treatment strategy depends on the patient’s hemodynamic status, the presence or absence of BPV obstruction, and valve location. Conventional treatment options include surgery, fibrinolysis, and anticoagulation [2]. Anticoagulation using a vitamin K antagonist (VKA) and/or UFH (unfractionated heparin) is the first-line treatment in hemodynamically stable M-BPVT [2].
For non-obstructive M-BPVT with large (>5 mm), mobile, and pedunculated thrombi, surgery could be considered if an intravenous heparin fails to resolve these features. For small (<5 mm) thrombi, medical therapy with oral anticoagulants (OAC) is usually the preferred option. In cases of obstructive thrombi, surgery or fibrinolysis could be considered [2].
Fibrinolysis may be considered if surgery is not an option or is very high risk for the treatment of thrombosis but carries a risk of bleeding and thromboembolism [2].
In this complex case, it was not possible to implement anticoagulation/systemic fibrinolysis for the high bleeding risk due to duodenal bleeding varices. Furthermore, it was not possible to undertake surgical mitral valve replacement due to the extremely high surgical risk of the patient [2,10,11,12] (Figure 4).
Finally, the patient had an unfortunate ending while a transcatheter valve-in-valve procedure evaluation was pending. However, the presence of a large thrombus could have led to high risk of periprocedural embolization [2].
In conclusion, in a challenging unstable clinical scenario such as the case presented here, it is of paramount importance to implement an integrated multidisciplinary team approach (involving a cardiologist, cardiac surgeon, internist, infectious disease specialist, hepatologist- gastroenterologist, pneumologist, and nephrologist) in order to evaluate the risk/benefit of every therapeutic intervention.

Valentina Capone has been supported by a research grant provided by the Cardiopath PhD program.

The data that support the findings of this case report are openly available in the References section. 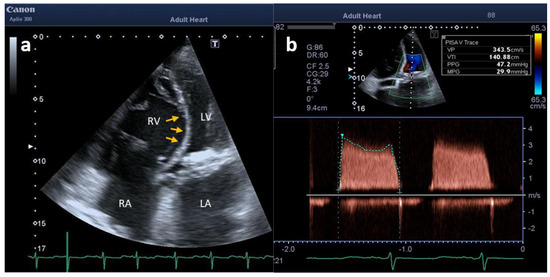 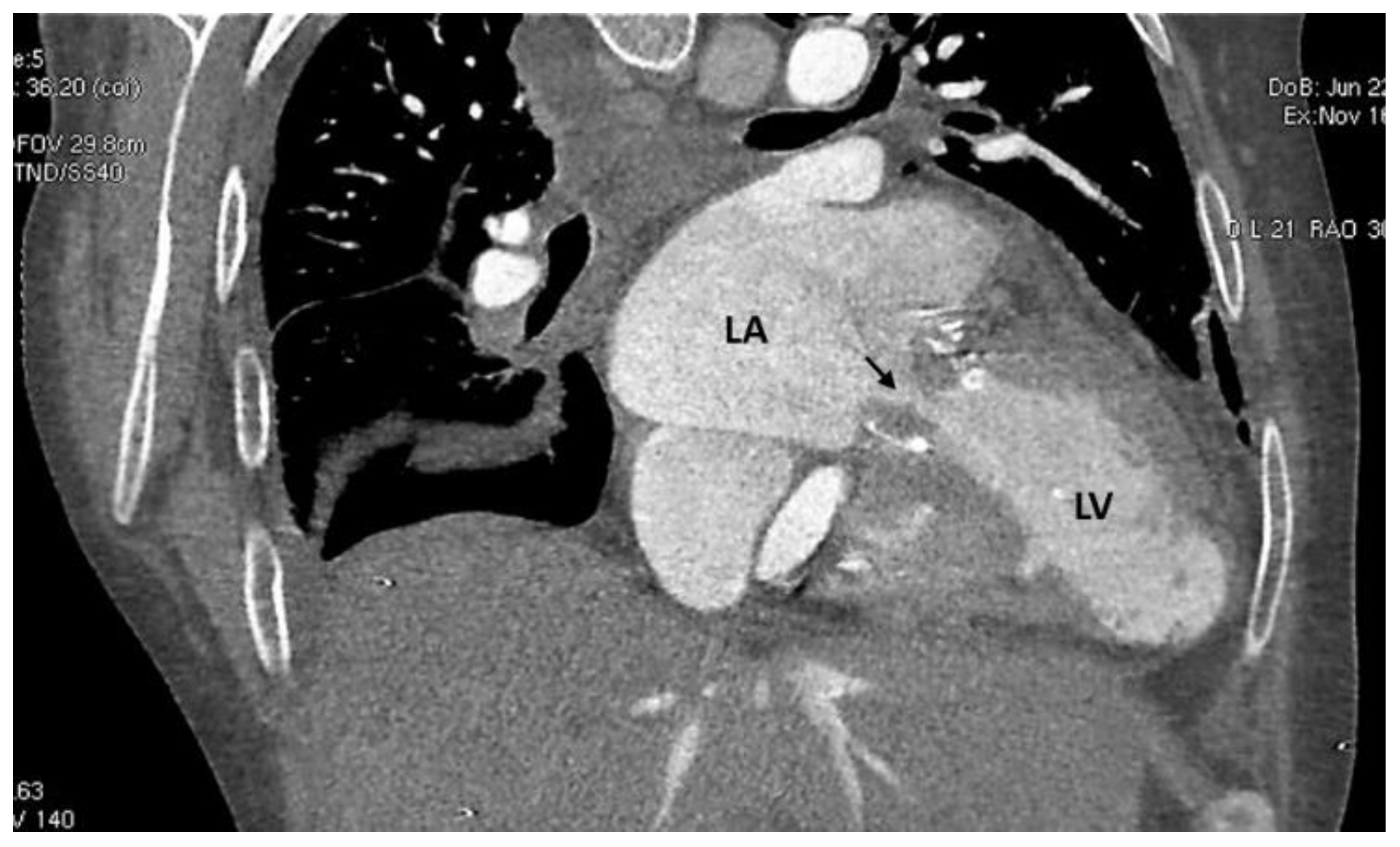 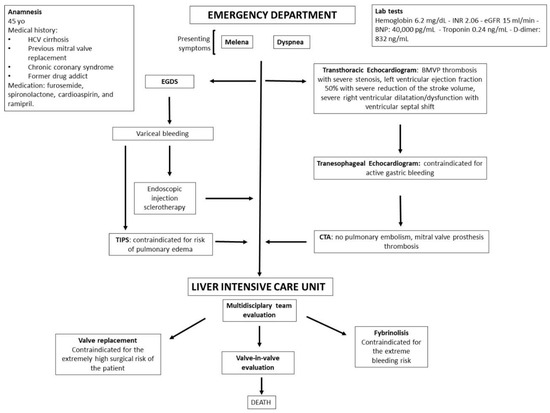