Like multiservice networks, blockchain technology is currently experiencing significant development because of its decentralization and ability to organize secure, seamless, reliable data exchange and storage. Due to the significant demand for the technology, there is a need to analyze the impact of these technology processes on network characteristics to predict traffic behavior and ensure required quality indicators, as well as on the stability of public communication network elements when blockchain technology operates. Conducting a full-scale experiment is a time-consuming task that cannot always be accomplished, so in this paper, the authors propose considering approaches to modeling these systems and, as an example, propose to use a simulation system to assess the performance of the network and its elements.
Keywords: blockchain; distributed ledger; decentralized systems; simulation; analytical modeling blockchain; distributed ledger; decentralized systems; simulation; analytical modeling

Communication networks are now the basis for systems aimed at supporting the digitalization of the world community. Hence, it is necessary not only to ensure their sustainability but also to plan for their future development. The criteria of security, confidentiality, reliability, latency and data transmission for such systems are expected to be key and should be given special attention by the research community.
The promising blockchain technology can be used to solve the aforementioned problems by creating new forms of distributed architectures while being used to define the entire technological system behind the exchange of digital assets between participants in the same network without intermediaries [1].
Blockchain is a distributed database that consists of an updatable list of structured data and in which data storage and processing devices are distributed in a decentralized manner [2,3]. The main advantages of blockchain technology can be seen as the system’s reliability, as any attempt to make unauthorized changes will result in the transaction being rejected due to inconsistency with previous copies and verification of added data by independent participants.
Today, researchers, developers suggest that blockchain technology, though new and controversial, could transform some of today’s services. Blockchain’s capabilities make it attractive to companies in various industries, with the financial, telecom, transportation, industrial and agribusiness sectors being prime candidates for blockchain adoption. A report by the US analysis company Transparency Market Research [4] indicates that the global blockchain market will be worth USD 20 billion by 2024, and the industry will grow at an annual rate of about 59%. Grand View Research conducted a similar study [5]. Comparison of perspectives proposed by companies is presented in Figure 1. Despite the significant difference in the final figures, many researchers believe that the market will grow and evolve rapidly, highlighting the integration needs of existing systems. At the beginning of 2021, we can conclude that the forecasting trend for the blockchain market is correct.
Blockchain created new forms of interaction, where network participants use a large network of untrusted participants for transactional data exchange without relying on a central hub [1]. However, it is important to note that this technology could have a significant impact on telecommunications.
Blockchain technology is a specialized information and communication technology with some specific features. Nodes, transactions and consensus algorithms are the key objects of the system that define the new capabilities. Depending on the algorithms and protocols for communication and data dissemination, different network effects may emerge.
The technology involves many nodes on the network to deal with the additional volume of service traffic and constant data exchange. This makes it necessary to consider its impact on the network and determine the current network infrastructure design for the new requirements, as the actual deployment phase may be adversely affected [3,6,7,8]. The current lack of unified tools for evaluating blockchain technology performance, but the number of blockchain applications in use has already reached a high level of quantification [7].
The work of blockchain technology can be divided into several stages:
The development and popularization of this new technology introduce significant changes to network communication between devices. As mentioned in [8], blockchain generates additional traffic to update registries on all nodes involved, and an increased amount of service traffic appears when data are encrypted and markedly reduces the proportion of useful traffic. Preliminary calculations and modeling can help prepare the network for the required number of devices and calculate key parameters and interoperability opportunities.
Our main contributions can be summarized as follows:
The rest of the paper is structured as follows: Section 2 presents similar and previous works. In Section 3, we summarize the main features of our proposal for modeling blockchain systems in a communication network and present the results of the modeling, and the results obtained are analyzed in Section 4. Finally, conclusions and future work are given in Section 5.

Today, simulation and analytical modeling are standard tools for evaluating the behavior and performance of most blockchain-based solutions [9].
Modeling is used when conducting experiments with real objects/systems is inconvenient, impossible or too costly. The main difference between simulation and other methods of studying complex systems is the ability to optimize a system before it is implemented. Since many applications implement blockchain, which is difficult to deploy on test networks, modeling and simulation of systems is an important aspect for performance evaluation.
Models are traditionally divided into analytical and simulation models. An analytical model is based on a theory or hypothesis, describes a particular aspect of the system using mathematical expressions, and produces the final results of the study in formal relationships suitable for quantitative and qualitative analysis. This type of model is usually used to describe the fundamental properties of objects.
To date, the modeling of network processes in the field of blockchain solutions has been underdeveloped. However, researchers are already trying to identify mathematical models to describe blockchain technology processes and their dependencies. Table 1 compares the most significant analytical modeling solutions.
Simulation models are created using standard software using standard computer systems. An indisputable advantage of simulation modeling is the possibility of obtaining numerical solutions for those models that cannot be described by finite analytical expressions [8]. Of course, not all tasks can be solved using simulation modeling, for example, tasks that require too much computation due to limited resources of computing systems and finite time of operations.
Effective traffic forecasting models and methods are being developed to ensure the quality of services provided and the stability of communication network elements when using distributed registry technology.
Currently, there are several blockchain technology simulation solutions on the communication network that allow various tests to be carried out before making a final decision on implementation. Table 2 provides a comparison of the most relevant simulation solutions.

4. Comparative Analysis of the Results

Figure 4 shows that the values obtained by simulation modeling take into account the peculiarities of the data in packet networks, but globally do not contradict the analytical conclusion obtained by equations 7. Network nodes introduce latency, but the main latency in confirming a transaction will depend on the time spent in the memory pool and on the computational task being performed by the miners. It is worth noting that network latency plays a key role in propagating a transaction and block through the network, so a significant latency will affect the queuing in the memory pool, which will affect the time to add a transaction to the block, and the confirmation of the mining task since a node should stop working on its blocks as soon as a new block is announced to save computational resources, but nodes may receive newly created blocks too late due to propagation delay and continue working on the already obsolete block. Therefore, in terms of efficient transaction processing and overall system performance, the network parameters of the nodes should be of key importance. The experiment also showed that the network’s performance depends on the intensity of requests, and the node intensity and buffer size values can be varied for the correct operation of the blockchain technology presented.
It should be noted that modeling blockchain technology performance with AnyLogic is possible and convenient to analyze when various parameters change. However, for more accurate results and a more complete system response, more research into blockchain simulation is needed. The analysis of the models has shown the applicability of selected simulation systems for assessing the impact of blockchain technology on data networks.

Today, the volume of traffic generated by blockchain devices is less than that of services, such as video and data. However, because of the growing popularity of the technology, the potential number of blockchain devices may become so large that their traffic is comparable to that of traditional services. If blockchain technology traffic is co-served with delay- and loss-critical traffic, it can significantly impact the quality of service of traditional services traffic. In this paper, an overview of analytical and simulation modeling solutions focusing on mass service systems has been conducted and presented. Simulation comparison results are presented.
There are plans to extend the system indicators to obtain more accurate results with the AnyLogic system and to propose a methodology for calculating the network infrastructure based on the traffic characteristics and data obtained. A more detailed study of the dependencies associated with consensus, cryptographic primitives, is planned by the authors in future works. 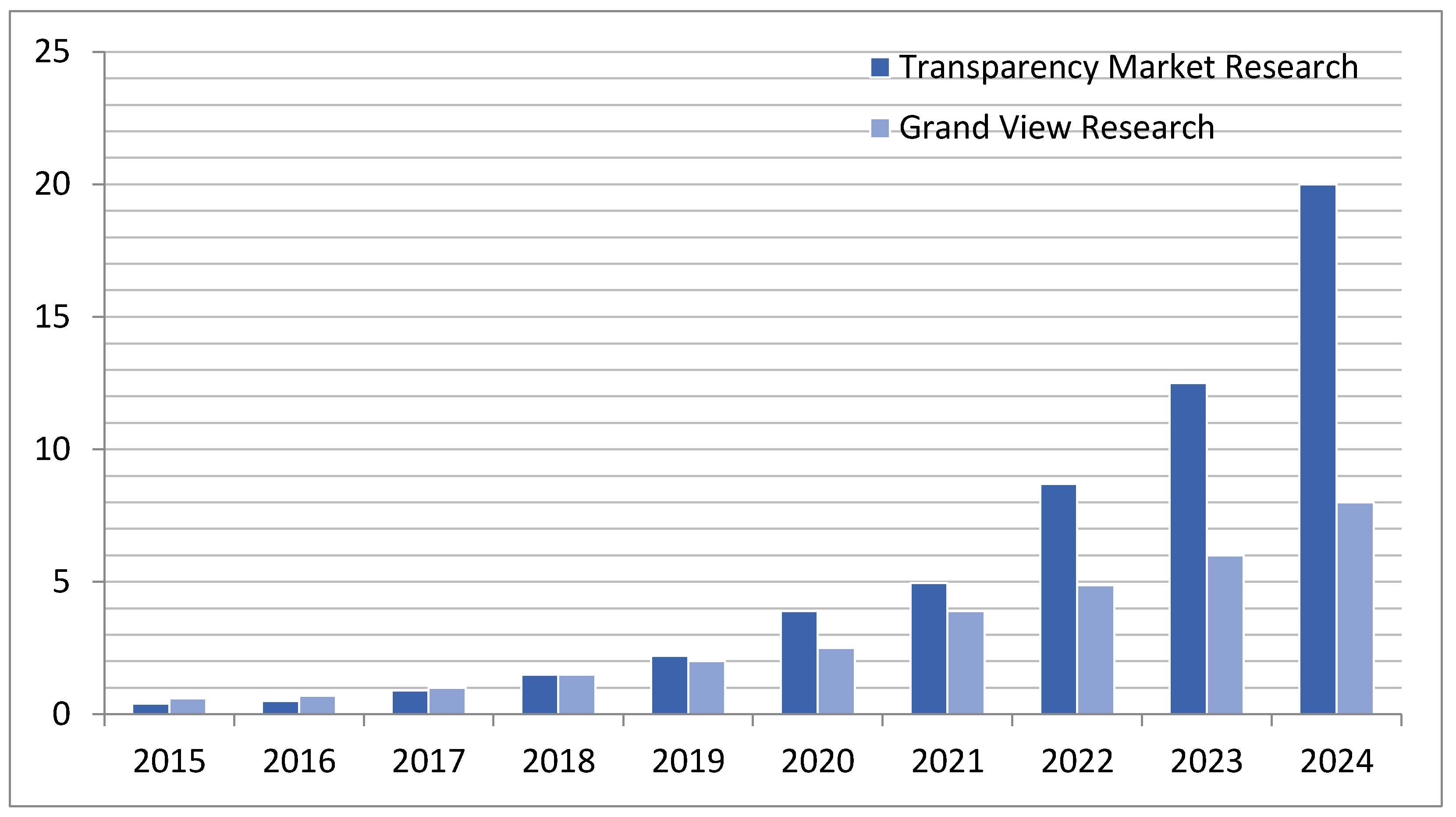 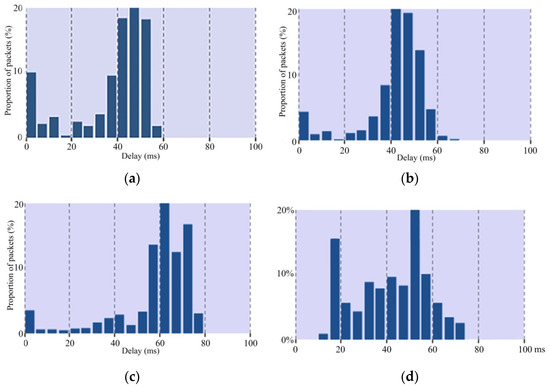 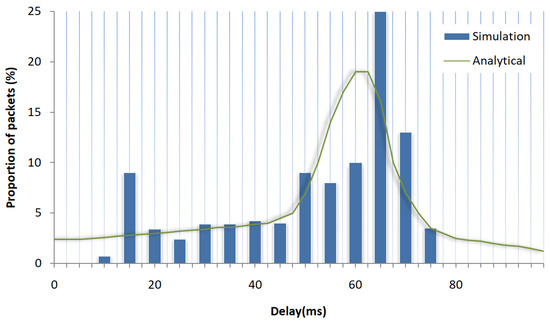 Table 2. Simulation solutions for blockchain systems.
Table 2. Simulation solutions for blockchain systems.
© 2021 by the authors. Licensee MDPI, Basel, Switzerland. This article is an open access article distributed under the terms and conditions of the Creative Commons Attribution (CC BY) license (https://creativecommons.org/licenses/by/4.0/).
We use cookies on our website to ensure you get the best experience. Read more about our cookies here.
Accept
We have just recently launched a new version of our website. Help us to further improve by taking part in this short 5 minute survey here. here.
Never show this again