Implication of Different HIV-1 Genes in the Modulation of Autophagy

The most highly expressed protein during the productive phase of the human papillomavirus (HPV) life cycle is E1^E4. Its full role during infection remains to be established. HPV E1^E4 is expressed during both the early and late stages of the virus life cycle and contributes to viral genome amplification. In an attempt to further outline the functions of E1^E4, and determine whether it plays a role in viral capsid assembly and viral infectivity, we examined wild-type E1^E4 as well as four E1^E4 truncation mutants. Our study revealed that HPV18 genomes containing the shortest truncated form of E1^E4, the 17/18 mutant, produced viral titers that were similar to wild-type virus and significantly higher compared to virions containing the three longer E1^E4 mutants. Additionally, the infectivity of virus containing the shortest E1^E4 mutation was equivalent to wild-type and significantly higher than the other three mutants. In contrast, infectivity was completely abrogated for virus containing the longer E1^E4 mutants, regardless of virion maturity. Taken together, our results indicate for the first time that HPV18 E1^E4 impacts capsid assembly and viral infectivity as well as virus maturation. View Full-Text
Keywords: Human Papillomavirus (HPV); HPV18; infection; viral titer; virion maturation; E1^E4 Human Papillomavirus (HPV); HPV18; infection; viral titer; virion maturation; E1^E4
►▼ Show Figures 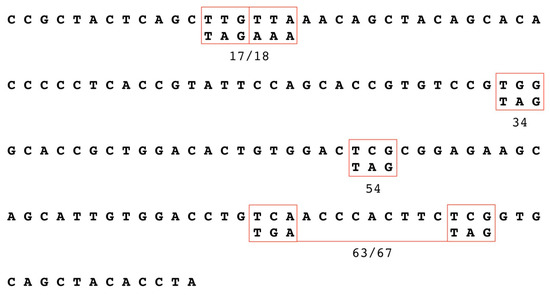