Puumala virus (PUUV) is the agent of nephropathia epidemica (NE), a mild form of hemorrhagic fever with renal syndrome (HFRS) in Europe. NE incidence presents a high spatial variation throughout France, while the geographical distribution of the wild reservoir of PUUV, the bank vole, is rather continuous. A missing piece of the puzzle is the current distribution and the genetic variation of PUUV in France, which has been overlooked until now and remains poorly understood. During a population survey, from 2008 to 2011, bank voles were trapped in eight different forests of France located in areas known to be endemic for NE or in area from where no NE case has been reported until now. Bank voles were tested for immunoglobulin (Ig)G ELISA serology and two seropositive animals for each of three different areas (Ardennes, Jura and Orleans) were then subjected to laboratory analyses in order to sequence the whole S, M and L segments of PUUV. Phylogenetic analyses revealed that French PUUV isolates globally belong to the central European (CE) lineage although isolates from Ardennes are clearly distinct from those in Jura and Orleans, suggesting a different evolutionary history and origin of PUUV introduction in France. Sequence analyses revealed specific amino acid signatures along the N protein, including in PUUV from the Orleans region from where NE in humans has never been reported. The relevance of these mutations in term of pathophysiology is discussed. View Full-Text
Keywords: Hantavirus; Puumala virus; complete genome; phylogeny; diversity; France Hantavirus; Puumala virus; complete genome; phylogeny; diversity; France
►▼ Show Figures 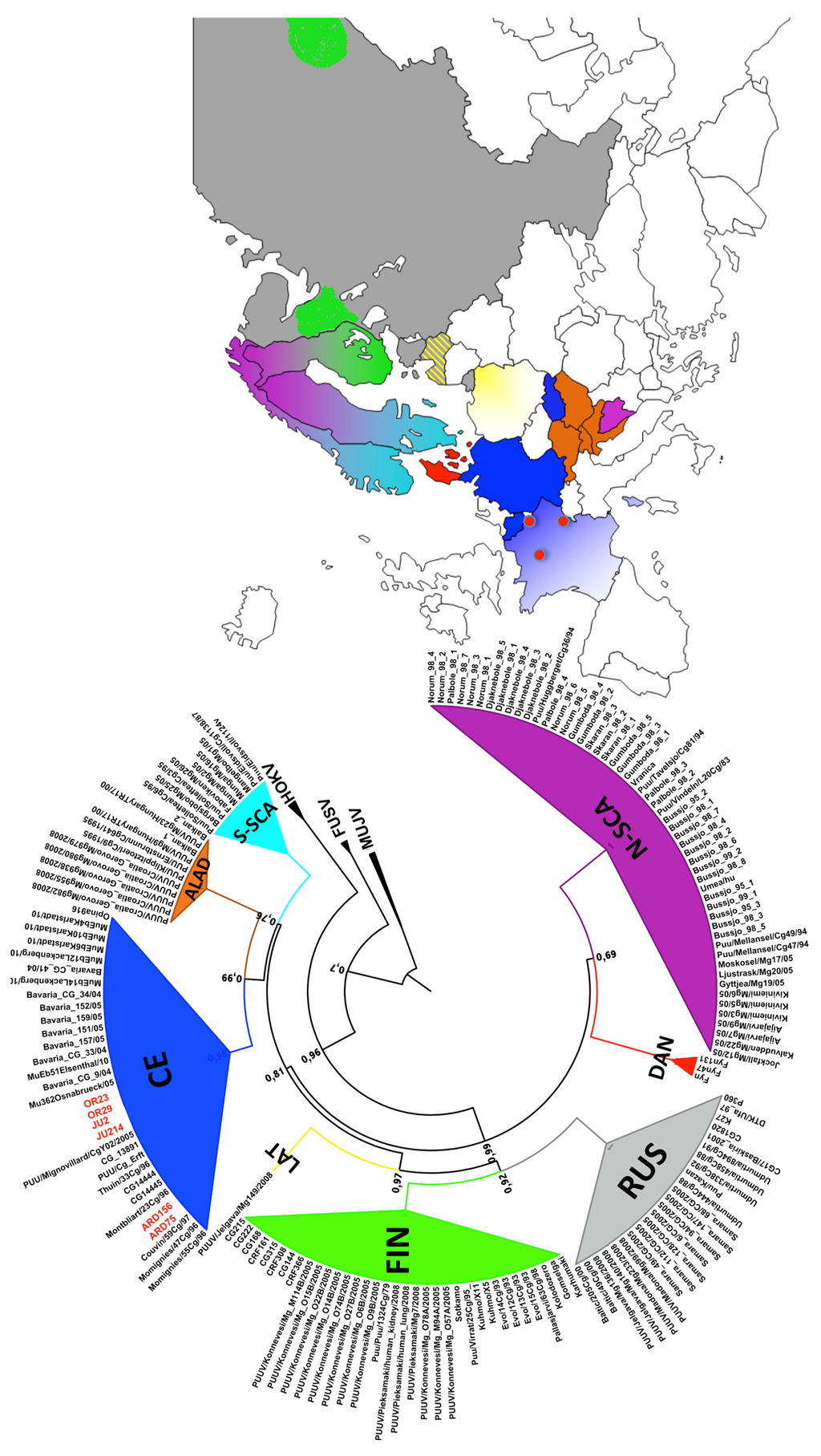