Alpharetroviral Vectors: From a Cancer-Causing Agent to a Useful Tool for Human Gene Therapy
Next Article in Special Issue

Kaposi’s sarcoma-associated herpesvirus (KSHV) is the causal agent of all forms of Kaposi’s sarcoma (KS), including AIDS-KS, endemic KS, classic KS and iatrogenic KS. Based on Open reading frame (ORF) K1 sequence analysis, KSHV has been classified into seven major molecular subtypes (A, B, C, D, E, F and Z). The distribution of KSHV strains varies according to geography and ethnicity. Xinjiang is a unique region where the seroprevalence of KSHV is significantly higher than other parts of China. The genotyping of KSHV strains in this region has not been thoroughly studied. The present study aimed to evaluate the frequency of KSHV genotypes isolated from KS tissues in Classical KS and AIDS KS patients from Xinjiang, China. ORF-K1 of KSHV from tissue samples of 28 KS patients was amplified and sequenced. Two subtypes of KSHV were identified according to K1 genotyping. Twenty-three of them belonged to subtype A, while five of them were subtype C. More genotype A than genotype C strains were found in both Classical KS and AIDS KS. No significant difference was found in the prevalence of different genotype between Classical KS and AIDS KS. View Full-Text
Keywords: Kaposi’s sarcoma-associated herpesvirus (KSHV); genotyping; K1 gene; Xinjiang Kaposi’s sarcoma-associated herpesvirus (KSHV); genotyping; K1 gene; Xinjiang
►▼ Show Figures 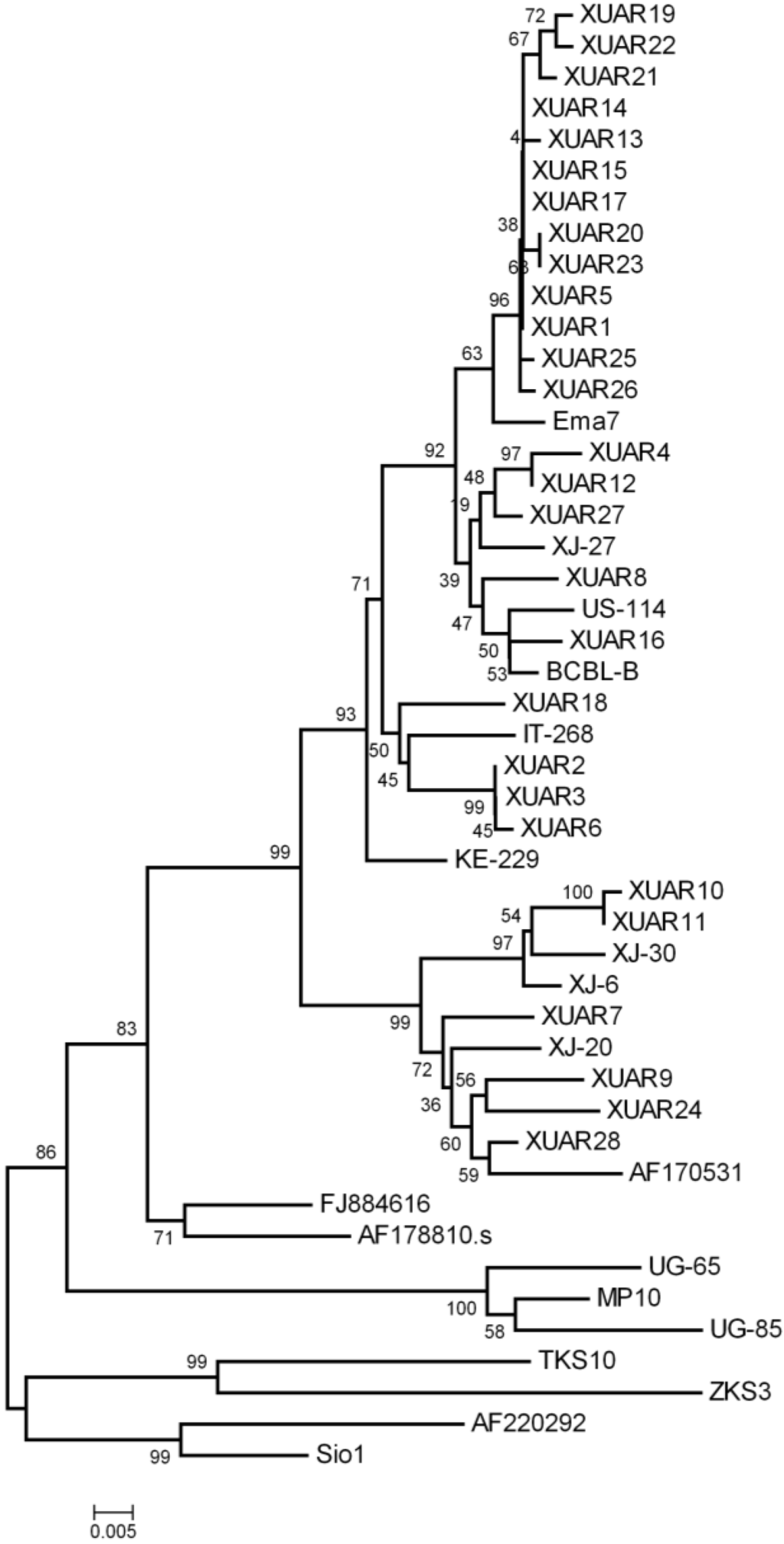