In Vitro and In Vivo Models for Studying SARS-CoV-2, the Etiological Agent Responsible for COVID-19 Pandemic
Previous Article in Special Issue

Wild aquatic birds, a natural reservoir of avian influenza viruses (AIVs), transmit AIVs to poultry farms, causing huge economic losses. Therefore, the prevalence and genetic characteristics of AIVs isolated from wild birds in South Korea from October 2019 to March 2020 were investigated and analyzed. Fresh avian fecal samples (3256) were collected by active monitoring of 11 wild bird habitats. Twenty-eight AIVs were isolated. Seven HA and eight NA subtypes were identified. All AIV hosts were Anseriformes species. The HA cleavage site of 20 representative AIVs was encoded by non-multi-basic amino acid sequences. Phylogenetic analysis of the eight segment genes of the AIVs showed that most genes clustered within the Eurasian lineage. However, the HA gene of H10 viruses and NS gene of four viruses clustered within the American lineage, indicating intercontinental reassortment of AIVs. Representative viruses likely to infect mammals were selected and evaluated for pathogenicity in mice. JB21-58 (H5N3), JB42-93 (H9N2), and JB32-81 (H11N2) were isolated from the lungs, but JB31-69 (H11N9) was not isolated from the lungs until the end of the experiment at 14 dpi. None of infected mice showed clinical sign and histopathological change in the lung. In addition, viral antigens were not detected in lungs of all mice at 14 dpi. These data suggest that LPAIVs derived from wild birds are unlikely to be transmitted to mammals. However, because LPAIVs can reportedly infect mammals, including humans, continuous surveillance and monitoring of AIVs are necessary, despite their low pathogenicity. View Full-Text
Keywords: avian influenza virus; wild bird; surveillance; reassortment avian influenza virus; wild bird; surveillance; reassortment
►▼ Show Figures 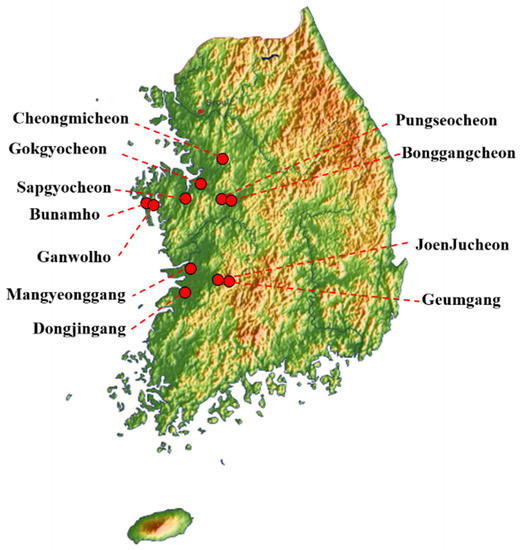