The Cajal Body in Plant-Virus Interactions

Cajal bodies (CBs; also known as accessory bodies or coiled bodies) are membraneless subnuclear organelles first described in 1903 by the cytologist Santiago Ramon y Cajal [1]. These nuclear bodies are present in all eukaryotes examined to date; their size (0.2–2 μm) and number (1–6 in animals; 1–2 in plants) vary depending on cell type, cell cycle status, and metabolic activity (reviewed in [2]) (Figure 1).
The defining component of CBs is a protein named coilin, considered the signature marker of this organelle. Strikingly, and despite the conservation of coilin across vertebrates and in plants, functional information about this protein is limited [3]; it has been demonstrated, however, that coilin is required for plant CB formation [4,5]. CBs are both physically and functionally associated with another subnuclear body, the nucleolus, with which they share components (e.g. fibrillarin) [6,7]. CBs are known to participate in the maturation of certain nuclear RNA species and in the formation of small nuclear ribonucleoproteins (snRNPs) involved in transcription, splicing, telomere maintenance, and ribosome biogenesis (reviewed in [6,8,9,10,11,12,13,14]). In plants, some elements of the RNA-directed DNA methylation (RdDM) pathway are concentrated in CBs [15,16], so this compartment has been proposed to be a site for the assembly of protein/RNA complexes mediating de novo DNA methylation [17,18]. In addition to the previously mentioned functions of CBs, these organelles also seem to influence cell cycle and DNA repair, growth, and developmental responses [2,11,19,20].
In recent years, multiple works have drawn a connection between plant CBs and responses to abiotic and biotic stresses (reviewed in [2]). Nevertheless, whether these functional effects are directly linked to RNA metabolism and/or snRNP formation or, on the contrary, rely on other functions of CBs remains to be clarified. Particularly intriguing is the interplay between CBs and the infection by viruses, which is emerging as a relevant aspect in multiple plant-virus interactions [5,21,22,23,24,25,26,27,28] (Table 1); the nature of this relationship, however, might vary depending on viral properties as discussed below.

2. The Emerging Role of the Cajal Body in Plant-Virus Interactions

A growing body of work is making the CB emerge as a relevant player in plant-virus interactions, based on localization and interactions of adapted virus-encoded proteins, as well as on functional genetic data. However, considering the results currently available in the literature, general patterns have not so far become evident; the nature of the involvement of CBs in the infection by a particular virus might depend on biological properties of the species, hence its requirements and evolved strategies for replication and spread. Although an involvement of CBs in the assembly of viral RNPs, and hence systemic movement, has been clearly demonstrated for the RNA virus GRV, and a link between CBs and RdDM-mediated methylation of the viral genome seems likely for the DNA virus TYLCV, CBs may exert a plethora of other functions during the viral subversion of the host cell. A broad and comprehensive analysis of the role of CBs across diverse plant-virus interactions will likely be required for commonalities to arise.

Research in R.L.-D.’s lab is supported by the Strategic Priority Research Program of the Chinese Academy of Sciences (Grant No. XDB27040206), the National Natural Science Foundation of China (NSFC) (Grant Nos. 31671994 and 31870250), and the Shanghai Center for Plant Stress Biology of the CAS.

The authors are grateful to Liping Wang and Alberto P. Macho for critical reading of the manuscript, and apologize to authors of primary work that could not be cited because of space limitations.

The authors declare no conflict of interest. Funders had no role in the design of the study; in the collection, analyses, or interpretation of data; in the writing of the manuscript; or in the decision to publish the results. 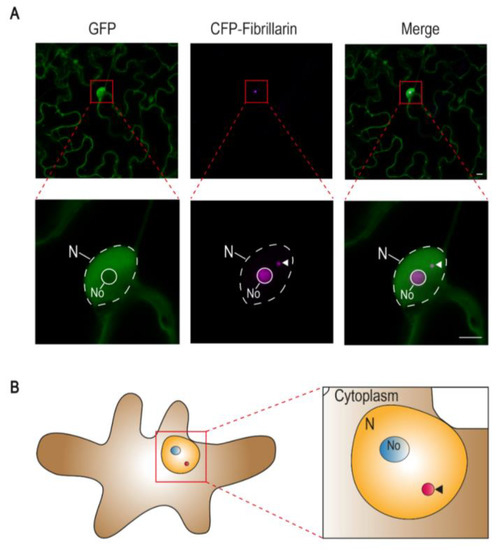 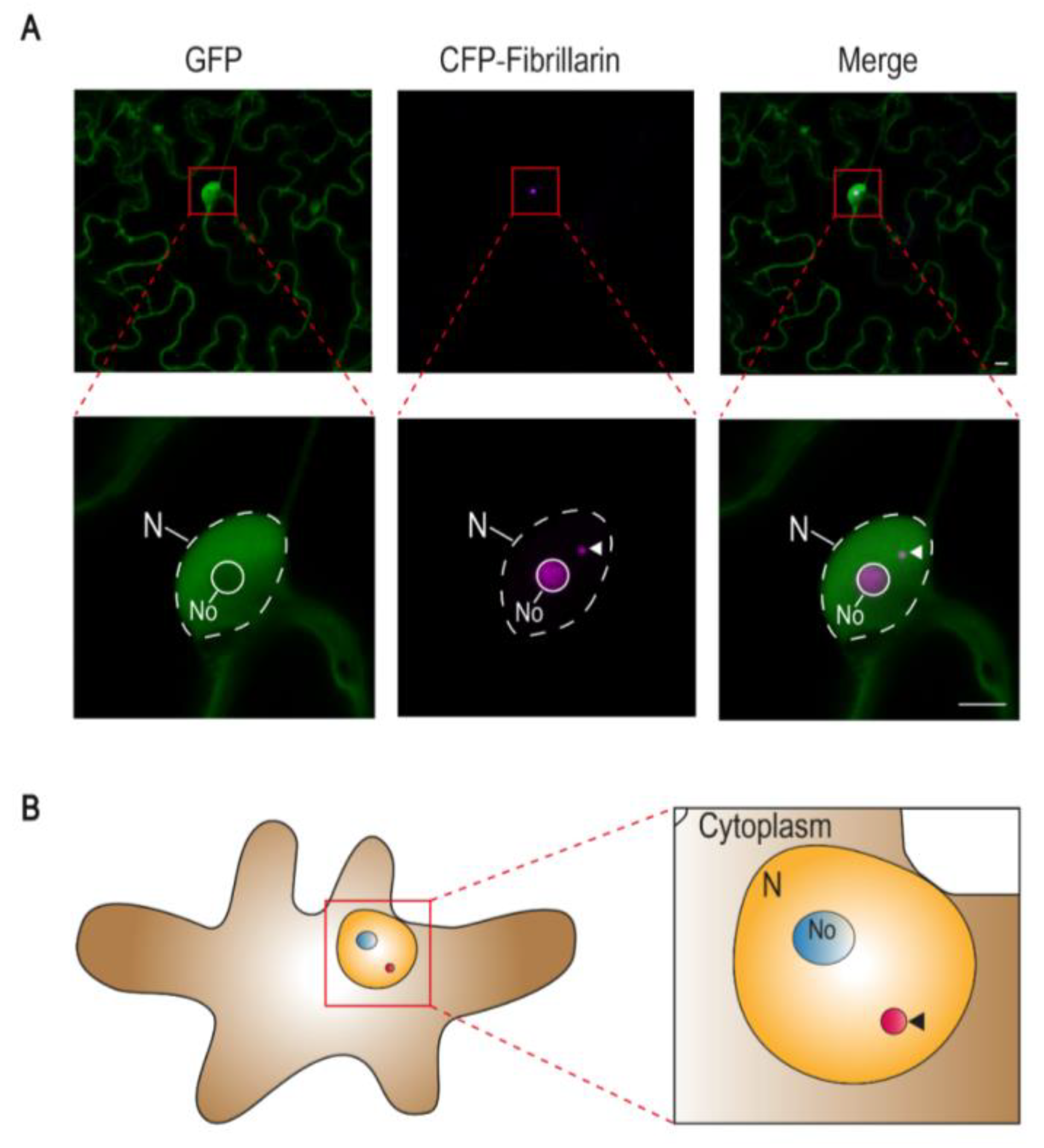 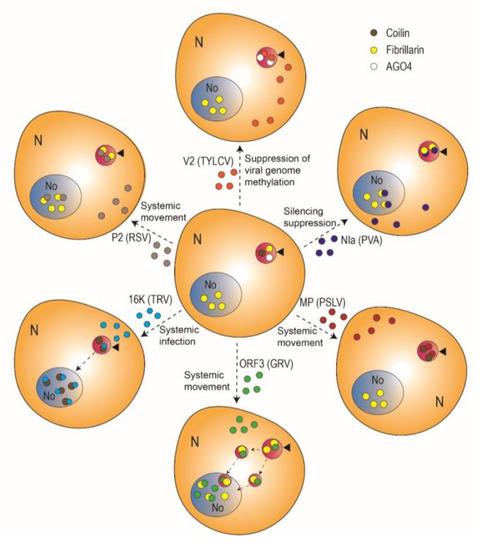 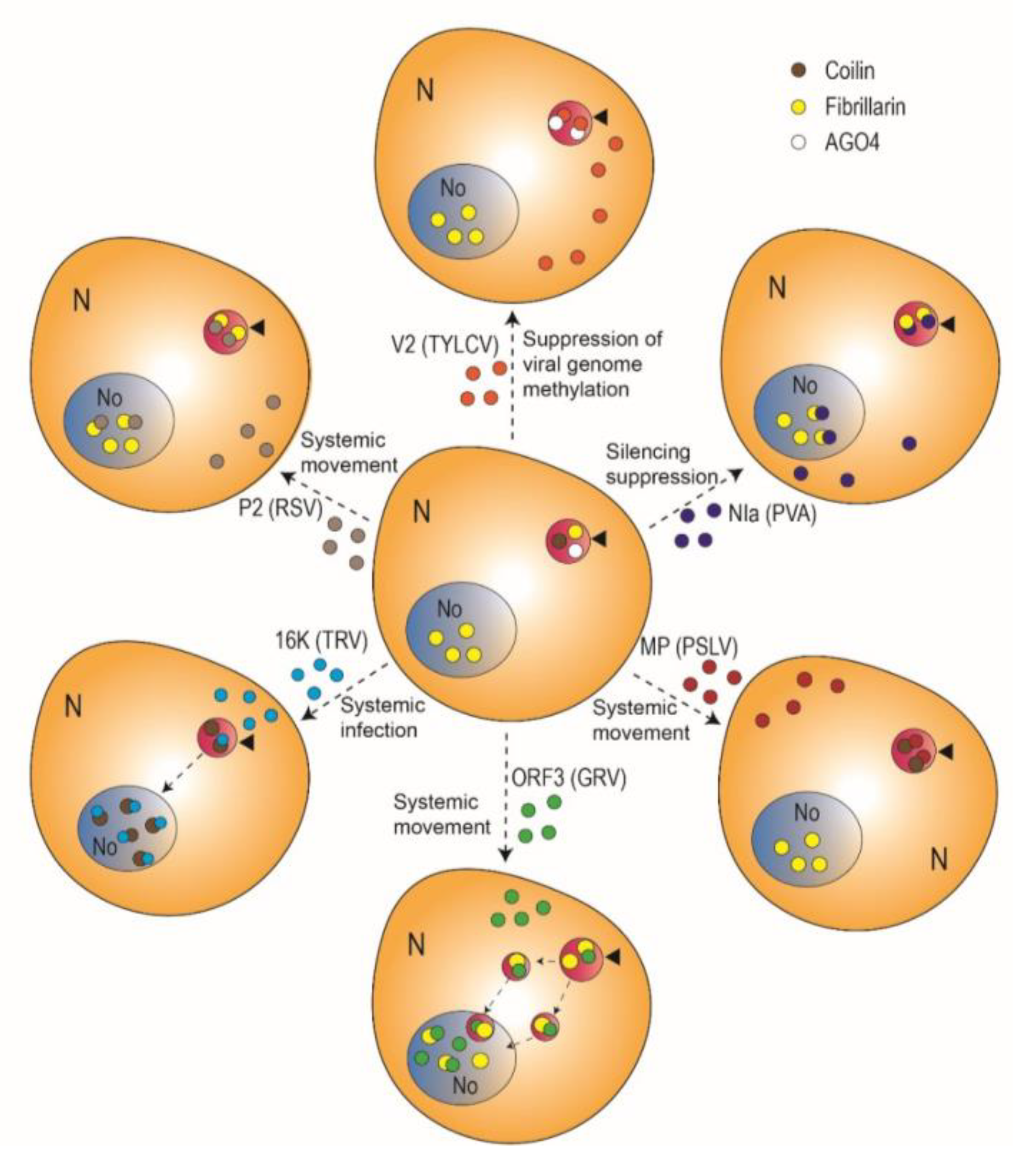