Integration of Fire Risk in a Sustainable Forest Management Model

Soil CO2 efflux (Rs) is a significant source of carbon dioxide from soils to the atmosphere and is a critical component of total ecosystem carbon budgets. Prescribed fire is one of the most prevalent forest management tools employed in the southeastern USA. This study investigated the influence of prescribed fire on Rs rates in old-field pine-grassland forests in north Florida, USA, that had been managed with prescribed fire annually and biennially for over 40 years, or left unburned for approximately the same period. Monthly measurements were taken of Rs, soil temperature (Ts), and soil moisture from August 2009 to May 2011. Results showed that sites managed with annual and biennial dormant season prescribed fire had significantly lower monthly mean Rs rates and estimated annual soil carbon fluxes than sites where fire had been excluded. While Ts explained a significant amount of the temporal variations in Rs, it did not explain the differences in Rs among prescribed fire treatments. Our results provide new insight into the effects of prescribed fire and fire exclusion on soil carbon fluxes, and suggest that future methods to model ecosystem carbon budgets should incorporate not only current vegetative conditions, but also prescribed fire management activities. View Full-Text
Keywords: soil respiration; prescribed fire; soil CO2 efflux; soil temperature; forests soil respiration; prescribed fire; soil CO2 efflux; soil temperature; forests
►▼ Show Figures 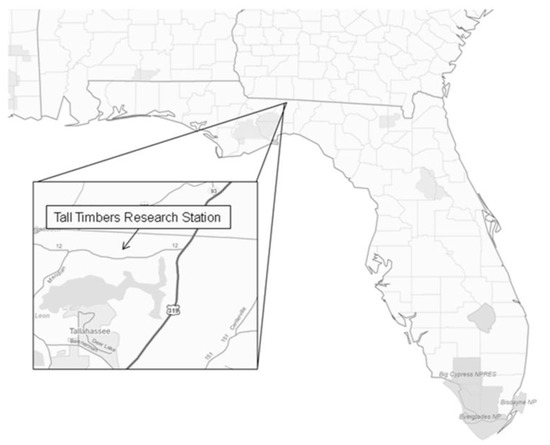