Retention forestry, including the retention of woodland key habitats (WKH) at the forest stand scale, has become an essential management practice in boreal forests. Here, we investigate the spatial distribution of 9470 habitat patches, mapped according to the Complementary Habitat Inventory method (CHI habitats), as potential WKHs in 10 sample areas in Norway. We ask whether there are parts of the forest landscapes that have consistently low or high density of CHI habitats compared to the surveyed landscape as a whole, and therefore have a low or high degree of conflict with harvesting, respectively. We found that there was a general pattern of clumped distribution of CHI habitats at distances up to a few kilometres. Furthermore, results showed that most types of CHI habitats were approximately two to three times as common in the 25% steepest slopes, lowest altitudes and highest site indices. CHI habitats that are most common in old-growth forests were found at longer distances from roads, whereas habitats rich in deciduous trees were found at shorter distances from roads than expected. Both environmental factors and the history of human impact are needed to explain the spatial distribution of CHI habitats. The overrepresentation of WKHs in parts of the forest landscapes represents a good starting point to develop more efficient inventory methods. View Full-Text
Keywords: woodland key habitats; spatial distribution; forest landscapes; forestry; steep terrain; productivity; distance to road woodland key habitats; spatial distribution; forest landscapes; forestry; steep terrain; productivity; distance to road
►▼ Show Figures 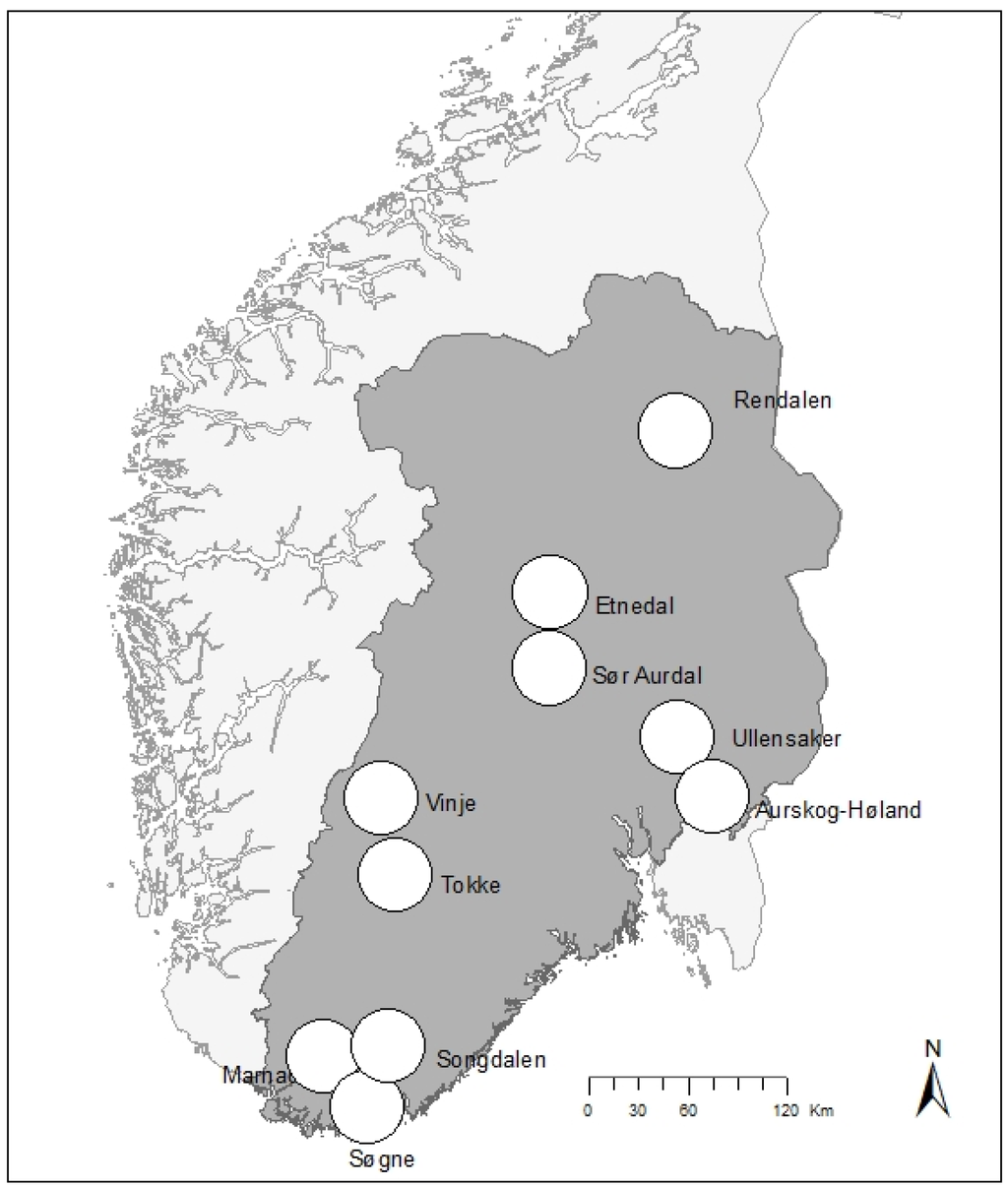