Sixteen study sites were sampled in the cocoa-producing zone of Côte d’Ivoire, which stretches geographically from east to west (Figure 1) following the shifting “cocoa-loop” from the east (Indénié-Djuablin and South-Comoé) to the center (Lôh-Djiboua, Marahoué) and west (Guémon; Gbôklé, Cavally and Haut-Sassandra; Figure 1) regions. The sites correspond to the intensity of cocoa production in the country, as most cocoa production currently occurs in the south and center, and the remaining forest patches are found in the west. It is worth noting that these forests are currently being invaded by farmers in search of land for cocoa cultivation.
The study sites were in the Guinean and the Sudano-Guinean zones of Africa. The Guinean zone of Côte d’Ivoire was formerly covered by evergreen and semi-deciduous dense humid forests; the zone is characterized by a sub-equatorial climate with two rainy and two dry seasons. The average annual rainfall ranges from 1400 to 2500 mm [44]. The annual air relative humidity and annual mean temperature in the area range between 80 and 90%, and between 25 and 33 °C, respectively [44]. The Sudano-Guinean zone is found between the Guinean zone in the southern part of the country and the Sudanese zone in the north. Soils of both the Guinean and Sudano-Guinean zones are mostly of the desaturated ferralitic type, on a Precambrian base [44].

2.3. Description of the Questionnaire

The questionnaire used included twenty-nine questions—both closed format questions and single/multiple-choice questions—as well as exploratory questions allowing several responses. For example, we allowed respondents to list all reasons for introducing trees to their cocoa farms, as well as the species they planted or spared when clearing land for cocoa planting. Each interview lasted about forty-five minutes.

Before the start of the survey, we obtained the authorization of the telecommunications regulatory authority in Cote d’Ivoire, which handles any surveys using personal data. The consent of each interviewee was requested before starting the interview. Data were collected in November and December 2016. Interviews were carried out using the Census and Survey Processing System (CSPro) software [46]. This software is a suite of tools for collecting data using electronic devices (e.g., personal digital assistants and Android smartphones). The collected data were stored in the memory of the electronic device used and retrieved by connecting the device to a computer.
Data analysis was performed using the generalized Poisson regression model for over-dispersed and under-dispersed count data [47,48]. The number of tree species introduced (i.e., planted or retained during land clearing for cocoa planting) on cocoa farms was considered as a response variable, while the covariates consisted of cocoa-sourcing areas (east, center, south and west), gender, respondent’s age, an education level (none, primary, secondary, university), migration status (i.e., autochthonous, allochthonous, allogenous), matrimonial status (i.e., single, married, divorced, widowed), farm size, land tenure status, experience in tree planting, and expected benefit from the tree species (i.e., no benefits, one benefit, multiple benefits).

The generalized Poisson regression model converged and was very highly significant (p < 0.0001) for both the number of tree species planted and the number retained during land clearing for cocoa establishment. On average, 2 ± 1.10 tree species were recorded per cocoa farm, and the forest was the most common previous land-use type (66.2%), followed by fallows (21.3%).

The present study clearly revealed that the expected benefits and experience in relation to tree planting drive farmers’ tree planting activities on cocoa farms in Cote d’Ivoire. Progress towards the development and deployment of biodiverse multi-strata cocoa agroforestry in the country requires the establishment of a species database that details the benefits that farmers can expect from trees, including edible and marketable products. Likewise, there is a need to implement and upscale continuous training centers for farmers to allow them to acquire and perfect agroforestry skills. This would increase farmers’ experience in tree planting and facilitate the development of sustainable cocoa agroforests while conserving biodiversity. Such training centers would also include nurseries for the provision of local high-value agroforestry species considered important by local households and local market preferences.

This work was jointly funded by Cémoi and Conseil du Café-Cacao, Côte d’Ivoire.

Written informed consent was obtained from the patient(s) to publish this paper.

This work was jointly supported by Cémoi and Conseil du Café-Cacao, Côte d’Ivoire. We thank Roger Leakey (International Tree Foundation) for his comments on a draft of this manuscript. We are also grateful to Landry Niava (Université Félix Houphouet-Boigny, Abidjan) and Lawani Adime (Ecole Nationale de Statistique Appliquée, Abidjan) for assistance in the sampling. Morou Yamiaman Siriki (ICRAF) assisted in the map drawing. 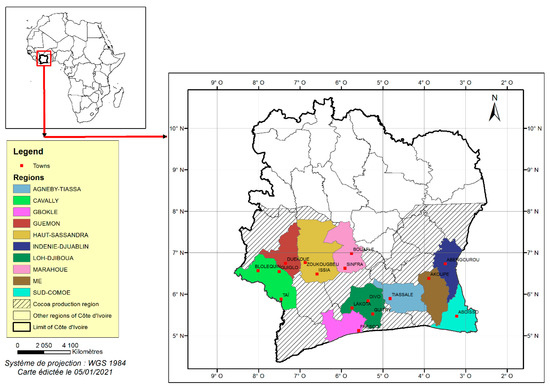 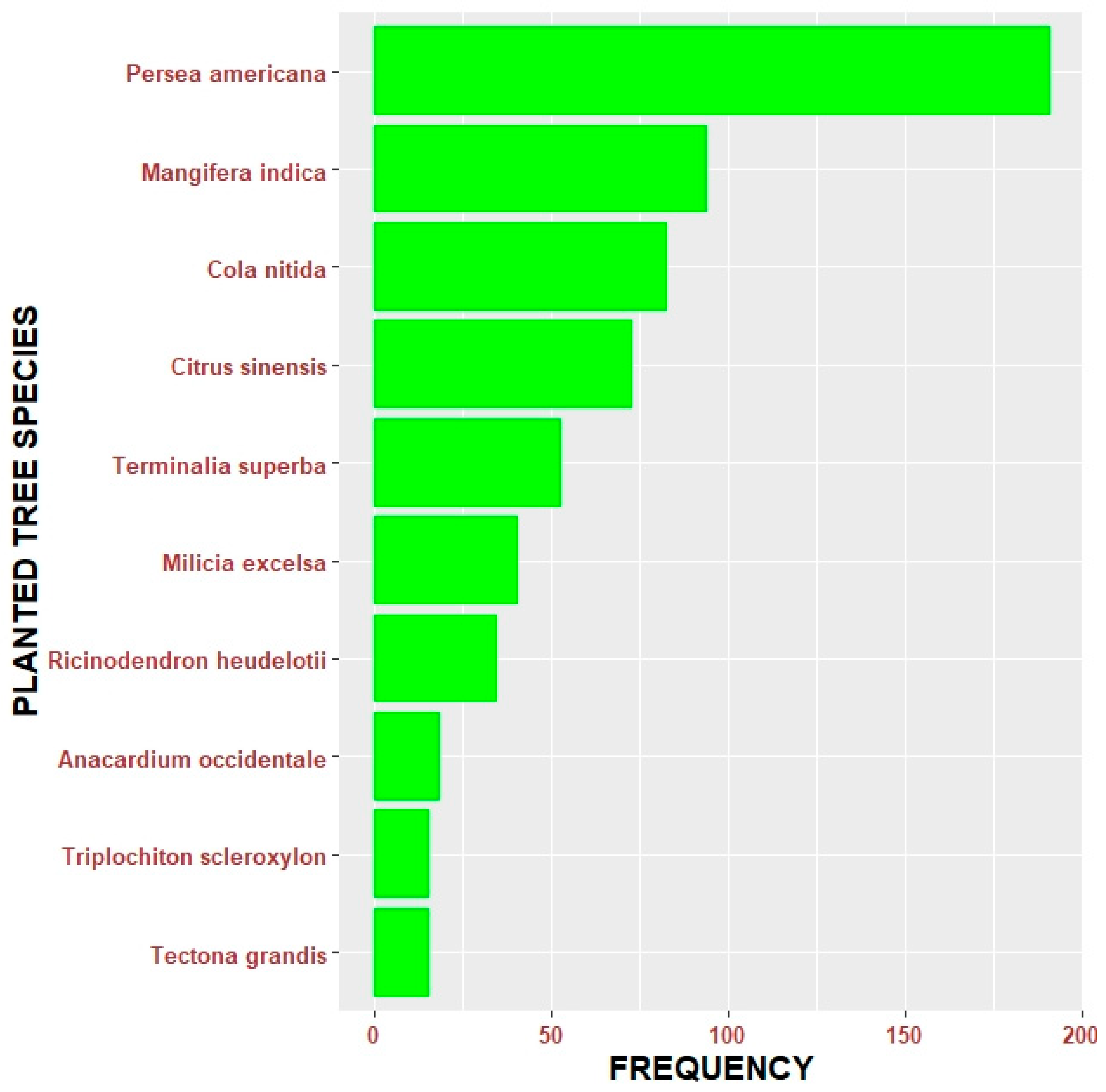 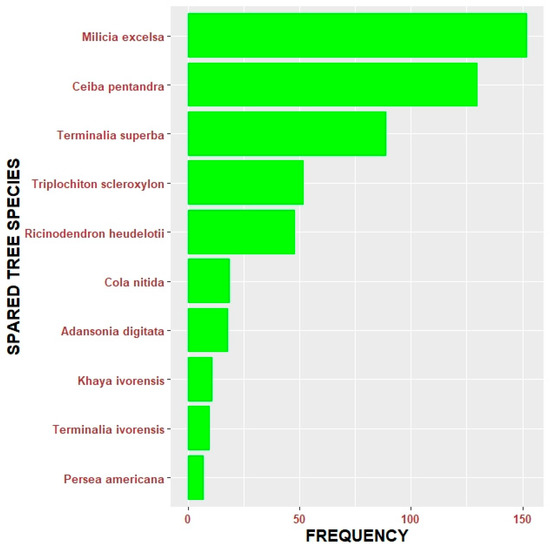 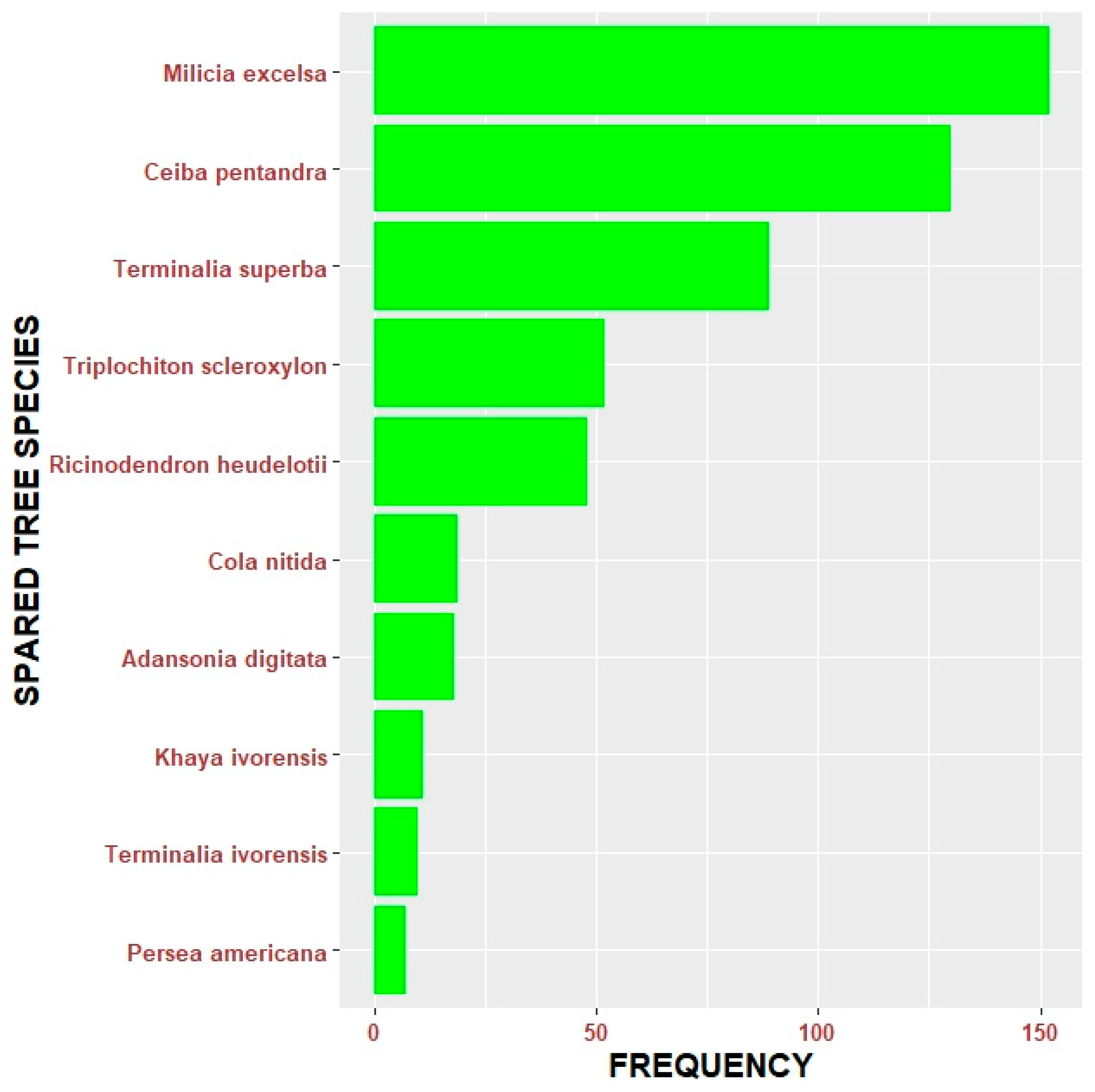