The Status of Prunus padus L. (Bird Cherry) in Forest Communities throughout Europe and Asia

Prunus padus L. (bird cherry) belongs to the Racemosa group in subgenus Padus in the genus Prunus L. It is a hardy invasive species, which makes it valuable for securing slopes, and for eco-design. It is a good solitary park tree with early flowering of white flowers in racemes, which have a pleasant smell. However, it may be attacked by cherry-oat aphid, and the small ermine moth, which may weave giant webs over the whole tree, which demonstrates the important role of P. padus in the food web of forest ecosystems. The species is in balance with these pests, other herbivores and diseases throughout Europe and Asia. Another threat is the competition against the invasive P. serotina, but it seems that P. padus is not strongly threatened, though they compete for the same habitats. Moreover, human interference of forest community ecology is probably the greatest threat. The tree is not only winter hardy; it can also survive hot summers and tolerate a wide variety of soil types. It may form dense thickets due to the regeneration of branches bent to the ground and basal shoots, and may be invasive. These characteristics are important in determining the ecological niche of P. padus, which involves the position of the species within an ecosystem, comprising both its habitat requirements and the functional role. It is also important that P. padus has effective dispersal of pollen and seeds. This, together with the previously noted characteristics and the fact that the tree can cope well with climate change, define it as a not threatened species. However, the ssp. borealis is threatened and national level monitoring is required. Prunus padus has been exploited by farmers and rural population, but is less used today. However, it is still used for making syrup, jam and liquor. Moreover, the wood is valuable for wood carving and making cabinets. All tissues are valuable as sources of powerful natural antioxidants. However, the interest in the P. padus fruit and other tissues is overshadowed by the interest in other wild species of edible and human health-related berries. Moreover, the tree is used in horticulture as an ornamental in gardens and parks, values that deserve a new focus. View Full-Text
Keywords: botanical classification; community ecology; phenology; herbivores; human interference botanical classification; community ecology; phenology; herbivores; human interference
►▼ Show Figures 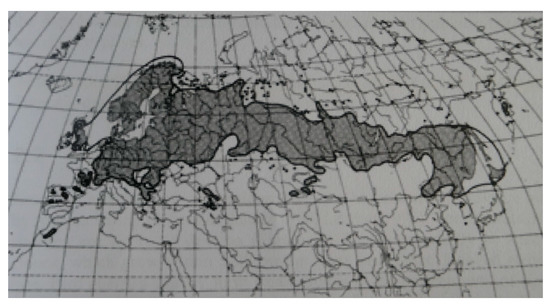