Article
Image Completion with Large or Edge-Missing Areas
by

:
Existing image completion methods are mostly based on missing regions that are small or located in the middle of the images. When regions to be completed are large or near the edge of the images, due to the lack of context information, the completion results tend to be blurred or distorted, and there will be a large blank area in the final results. In addition, the unstable training of the generative adversarial network is also prone to cause pseudo-color in the completion results. Aiming at the two above-mentioned problems, a method of image completion with large or edge-missing areas is proposed; also, the network structures have been improved. On the one hand, it overcomes the problem of lacking context information, which thereby ensures the reality of generated texture details; on the other hand, it suppresses the generation of pseudo-color, which guarantees the consistency of the whole image both in vision and content. The experimental results show that the proposed method achieves better completion results in completing large or edge-missing areas.
Keywords:
image completion; generative adversarial networks; large missing area; edge-missing area

Image completion technology is designed to synthesize the missing or damaged areas of an image and is a fundamental problem in low-level vision. The technology has attracted widespread interest in the field of computer vision and graphics because it can be used to complement occluded image areas or to repair damaged photographs [1,2]. In addition, it can erase distracting scene elements or adjust the object position in the image for better composition, or restore the image content in the occluded image area [3,4,5]. These and many other editing operations require automatic completion of missing areas, but due to the inherent ambiguity of the problem and the complexity of natural images, it is still a challenging task to synthesize content with reasonable detail for any natural image. At present, although many methods for image completion have been proposed, such as sample-based [6,7,8,9] and data-driven [4,10,11] image completion, problems remain. Not only does the texture pattern need to be completed, but the structure of the scene and the object to be completed must be understood.
In the past, the main method of image completion was to copy the existing image block in the uncorrupted area to the missing area. However, this method can achieve effective results only when the image to be complemented has a strong structure, the texture information such as the color of each region has strong similarity, and the missing region has a regular shape [12,13,14,15,16]. This approach has significant limitations for image completion work with complex structures and contents. Therefore, the method of intercepting an image block directly from surrounding information is not versatile.
Deep learning has advanced substantially and been used in image completion due to the strong learning ability of deep neural networks. The usual deep learning-based image completion methods are completed by the generation adversarial network (GAN) [17]. The generator and discriminator in GAN can generate clear and reasonable texture content [18,19,20]. However, the existing GAN-based image completion methods have important limitations. GAN adopts an encoder-decoder structure in which two fully connected networks (FCNs) are used as intermediate layers connecting two structures. However, the existing image completion methods using GAN cannot maintain the consistency of the image space structure and context information. Therefore, most of the methods proposed above can only synthesize content with a small missing area, and the synthesis method depends on the low-level features of the image. Additionally, the input can only be a fixed-size picture. When the corrupted image has a large missing area, a complicated structure, or is located at the border of the image, the result is not ideal.
To solve the above problems, Iizuka et al. [21] proposed a globally and locally consistent image completion method. However, when the areas of the missing regions are large, it will generate distortion and blurred results. Notably, when the missing areas are located at the edge of the image, the results will have blanking and color distortion due to the lack of surrounding information and the instability of training (Figure 1).
To solve the problems of completing large missing areas or regions located at the border of the image, and overcome the problem of unstable training of adversarial network, this paper proposes an image completion method with large or edge-missing areas, and makes improvements of the network structure used in Iizuka’s method. The contributions can be summarized as follows:

In this paper, we propose an image completion method with large or edge-missing areas. The method divides the image into the region centered on the missing region and the region at the center of the missing region. The local discriminator 2 is added to complete the image, and the GAN model used in the Iizuka’s method is improved. On the one hand, it overcomes the problem of lacking context information due to the large missing area which thereby generates more realistic texture details; on the other hand, it makes the adversarial generate network training more stable and suppresses the generation of pseudo-color. The method considers both the global consistency and local consistency of the image when the completion step is performed, and the authenticity and consistency of the texture information of the large-area and edge-missing regions are also considered.
However, there are still limitations of our method. Since there is a lack of context information, the results of our method still have small blank areas when the large missing area is located at the border of the image. Whether it is possible to match the appropriate context information in the image library will be an interesting way to explore.

We declare that no conflict of interest exits in the submission of this manuscript, and manuscript is approved by all authors for publication. 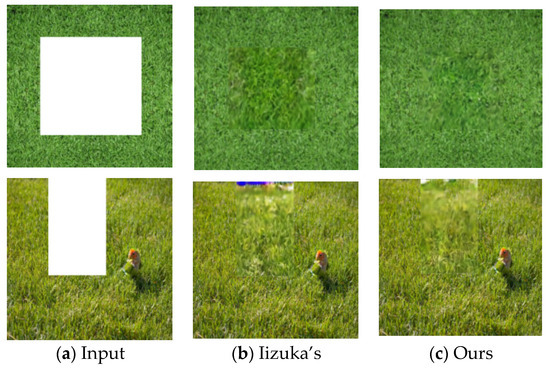 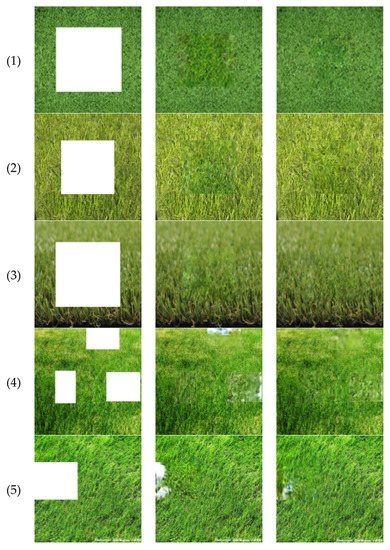 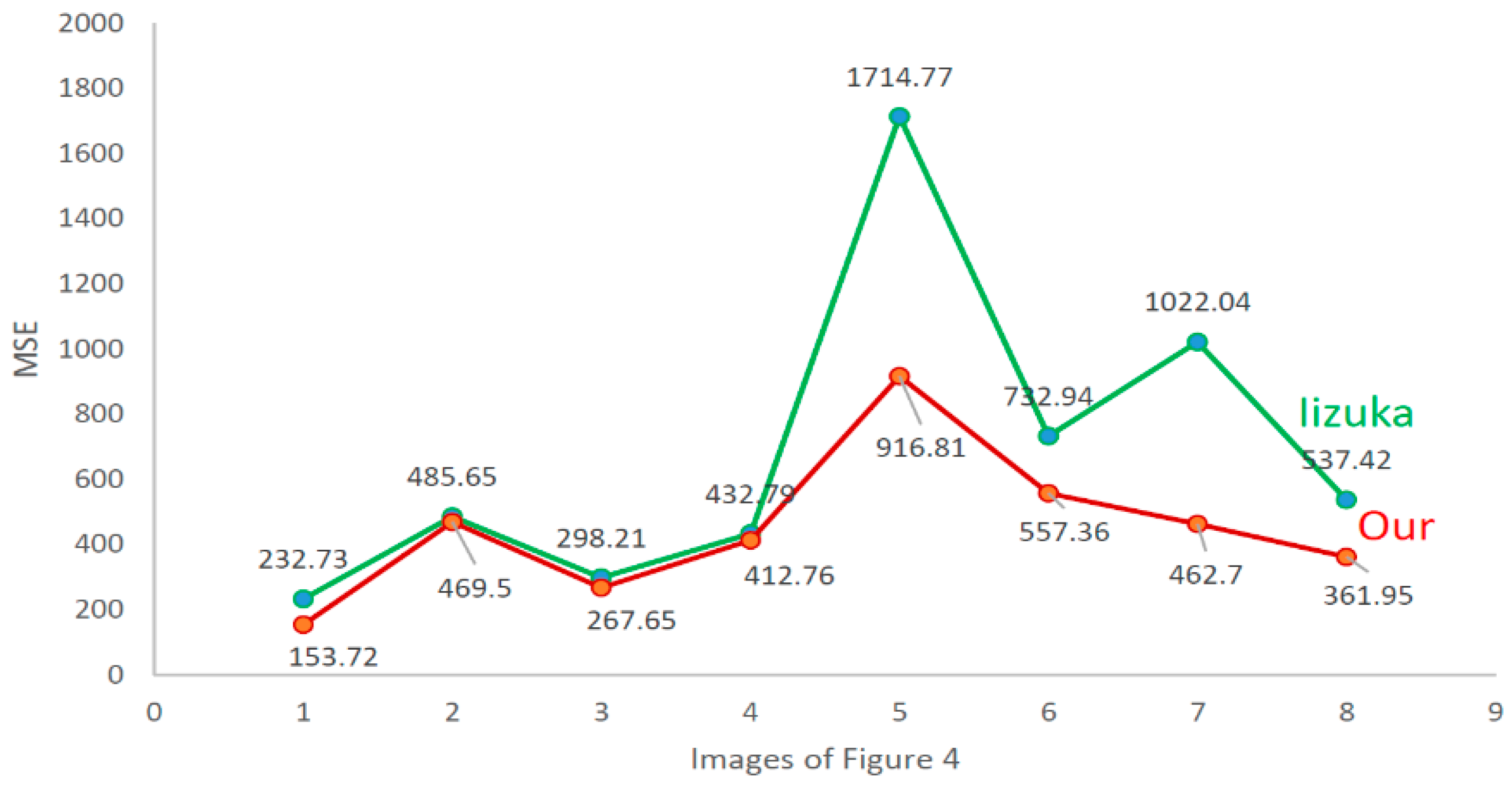 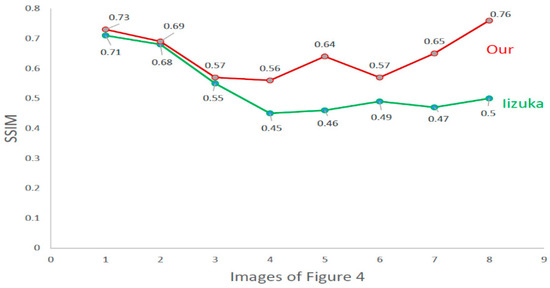 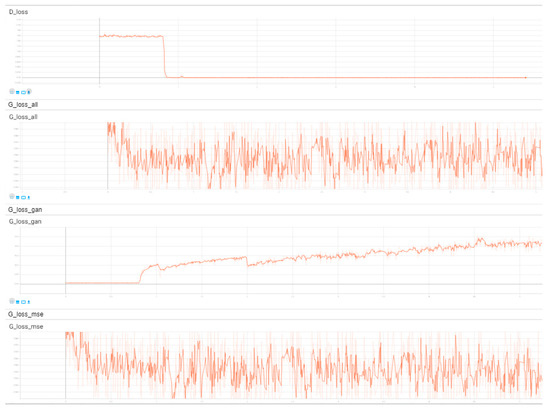 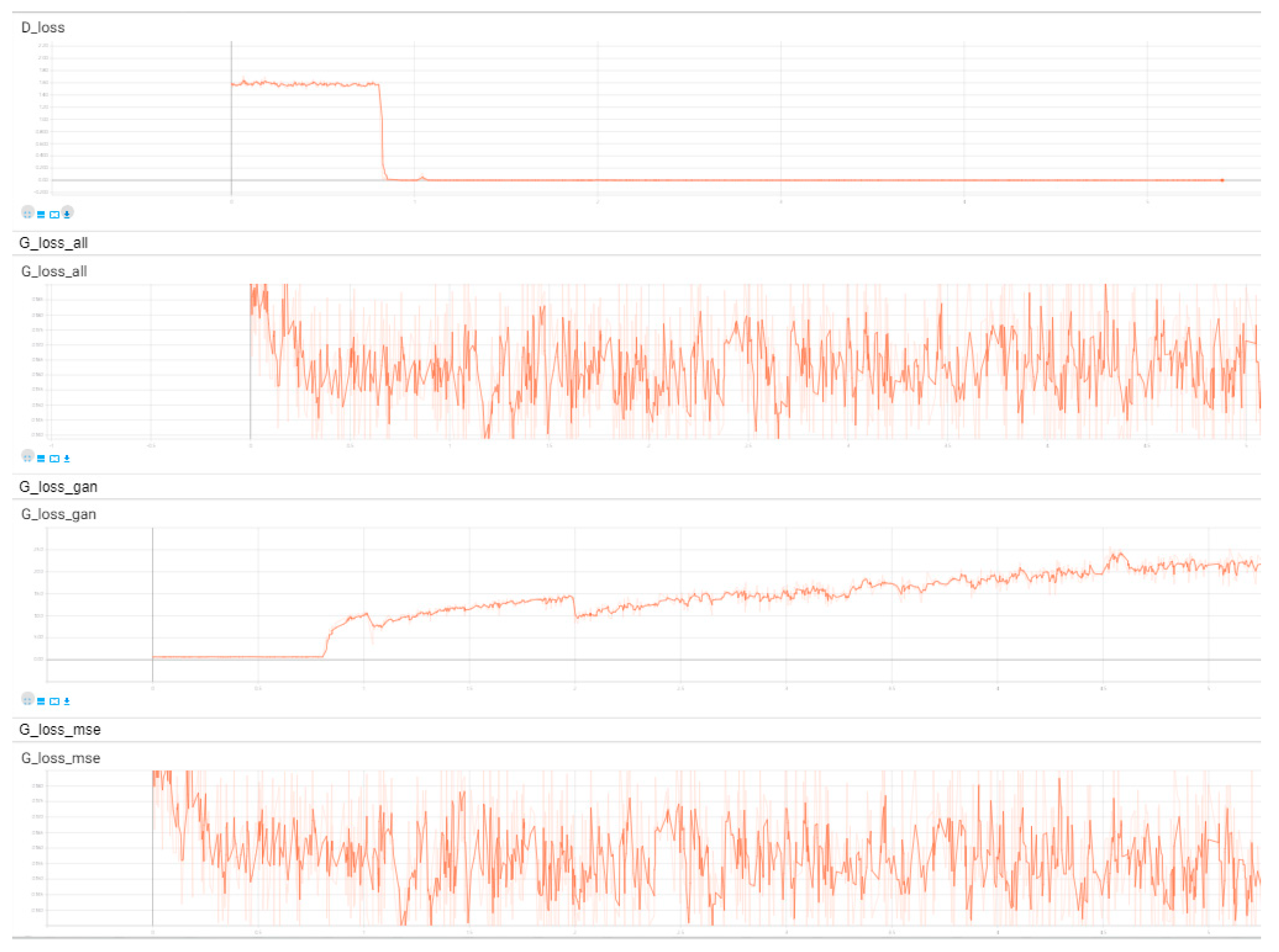 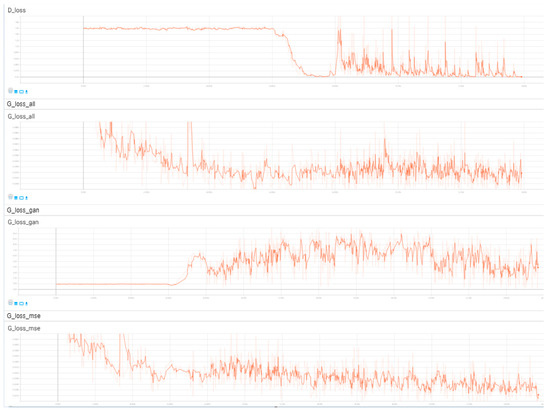 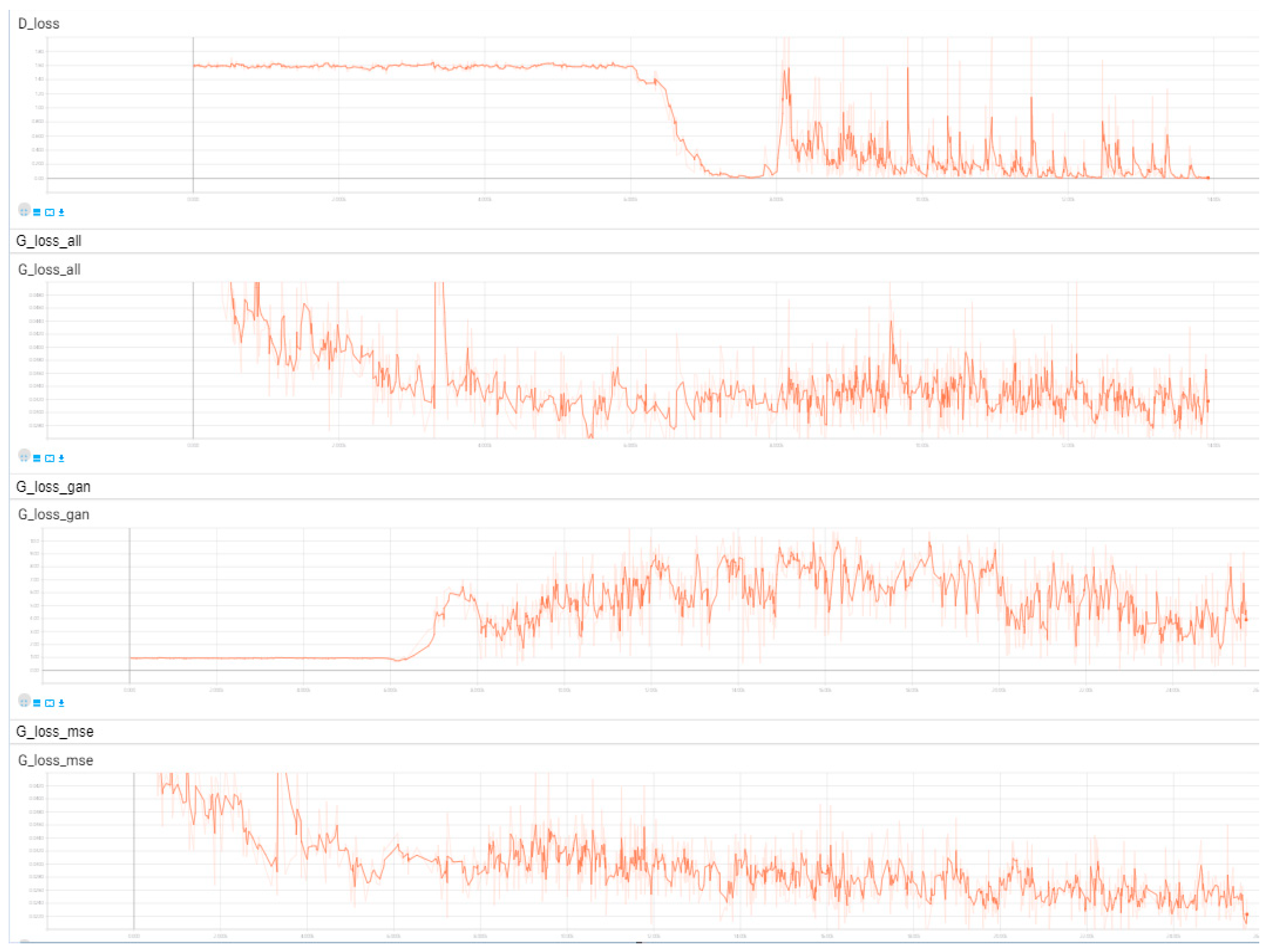 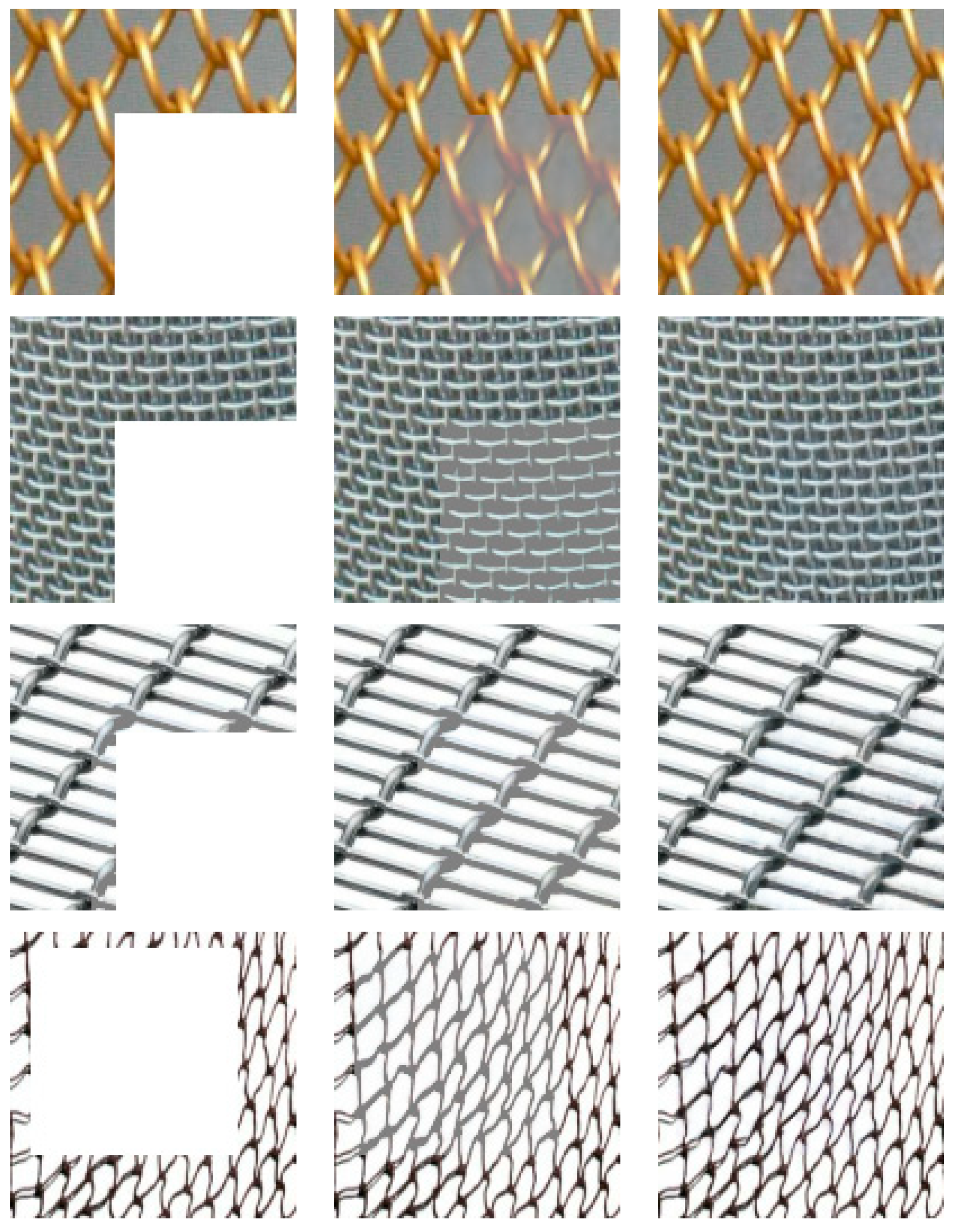 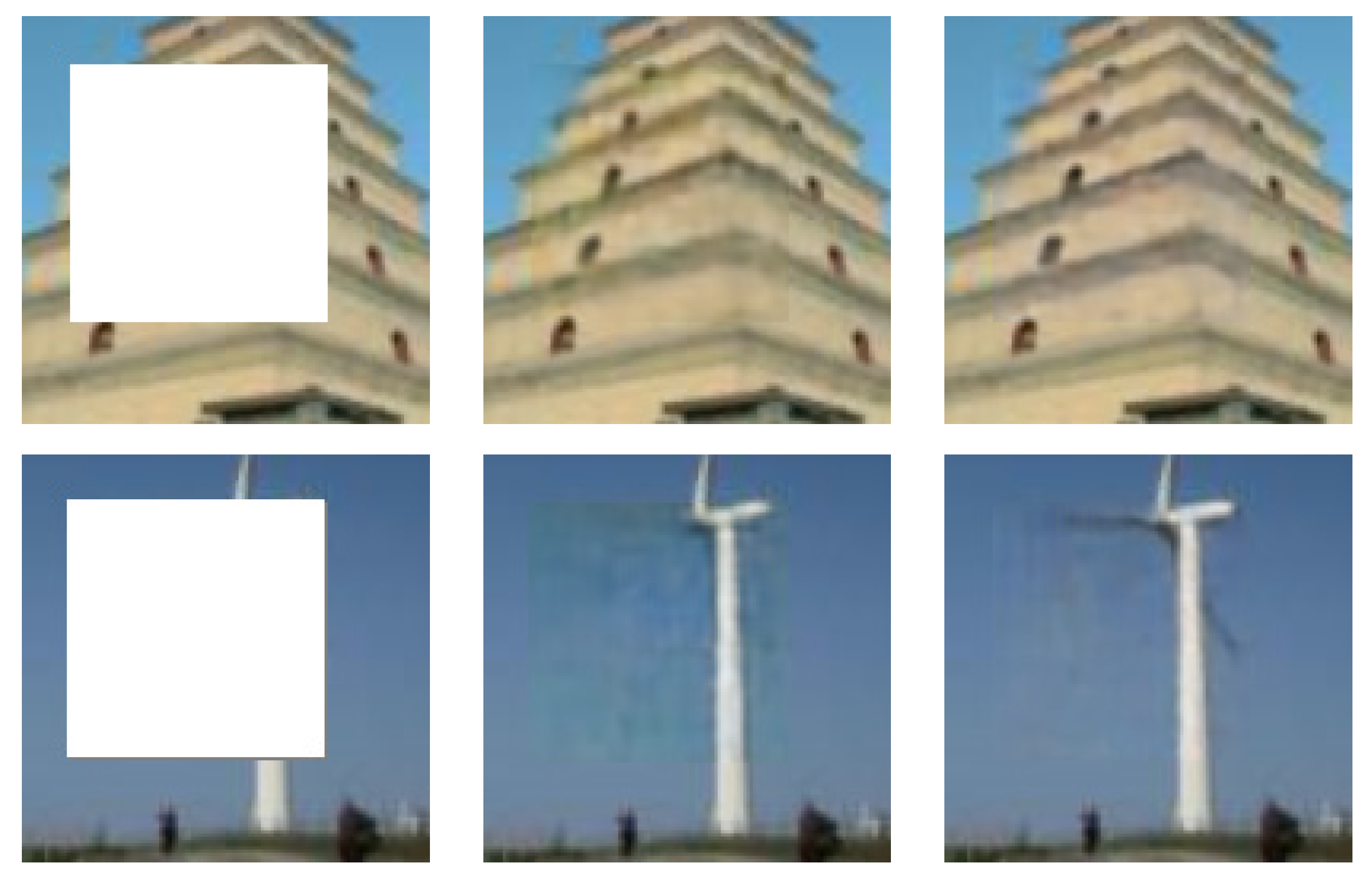