Mechanical Behavior of Dowel-Type Joints Made of Wood Scrimber Composite

As a renewable building material with low embodied energy characteristics, wood has gained more and more attention in the green and sustainable building industry. In terms of material resource and physical properties, scrimber composite not only makes full use of fast-growing wood species, but also has better mechanical performance and less inherent variability than natural wood material. In this study, the mechanical behavior of bolted beam-to-column joints built with a kind of scrimber composite was investigated both experimentally and numerically. Two groups of specimens were tested under monotonic and low frequency cyclic loading protocols. The experimental results showed that the bolted joints built with scrimber composite performed well in initial stiffness, ductility, and energy dissipation. A three-dimensional (3D) non-linear finite element model (FEM) for the bolted beam-to-column joints was then developed and validated by experimental results. The validated model was further used to investigate the failure mechanism of the bolted joints through stress analysis. This study can contribute to the application of the proposed scrimber composite in structural engineering, and the developed FEM can serve as a useful tool to evaluate the mechanical behavior of such bolted beam-to-column joints with different configurations in future research. View Full-Text
Keywords: scrimber composite; bolted joints; mechanical behavior; finite element model; failure mechanism scrimber composite; bolted joints; mechanical behavior; finite element model; failure mechanism
►▼ Show Figures 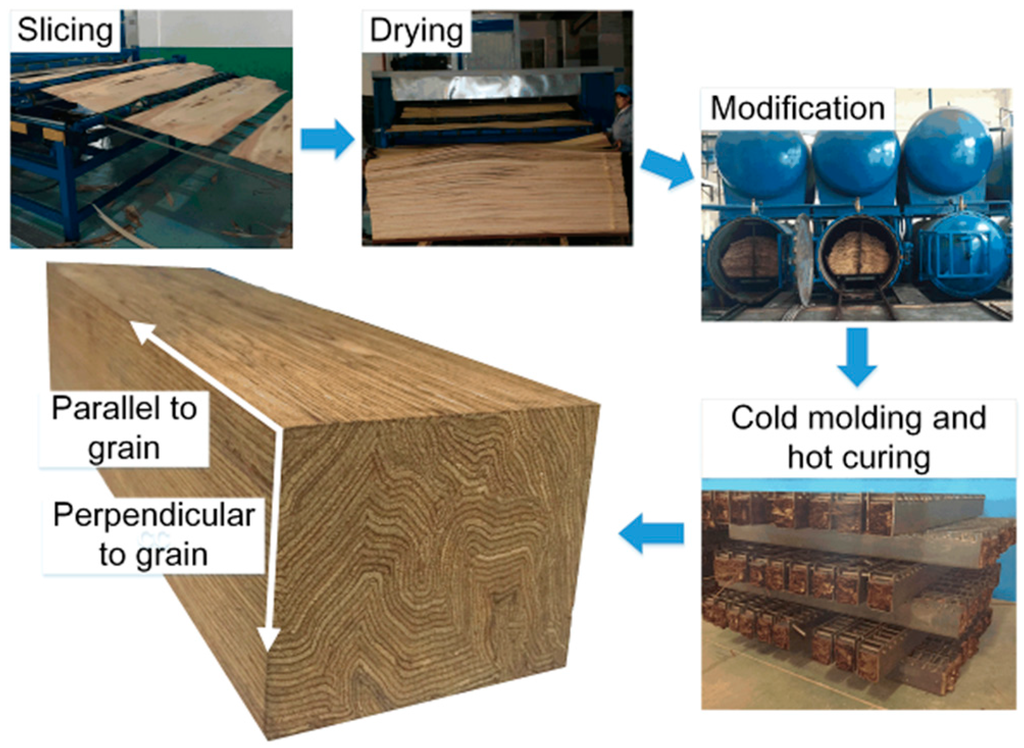