Evolution of pure hydrogen and oxygen by photocatalytic water splitting was attained from the opposite sides of a composite Pt/Ti/TiO2 photoelectrode. The TiO2 films were prepared by radio frequency (RF)-Magnetron Sputtering at different deposition time ranging from 1 up to 8 h and then characterized by X-ray diffraction (XRD), scanning electron microscopy (SEM) and ultraviolet-visible-near infrared (UV-vis-NIR) diffuse reflectance spectroscopy. The photocatalytic activity was evaluated by incident photon to current efficiency (IPCE) measurements and by photocatalytic water splitting measurements in a two-compartment cell. The highest H2 production rate was attained with the photoelectrode prepared by 6 h-long TiO2 deposition thanks to its high content in the rutile polymorph, which is active under visible light. By contrast, the photoactivity dropped for longer deposition time, because of the increased probability of electron-hole recombination due to the longer electron transfer path. View Full-Text
Keywords: photocatalytic hydrogen production; water splitting; TiO2 thin film; RF-magnetron sputtering photocatalytic hydrogen production; water splitting; TiO2 thin film; RF-magnetron sputtering
►▼ Show Figures 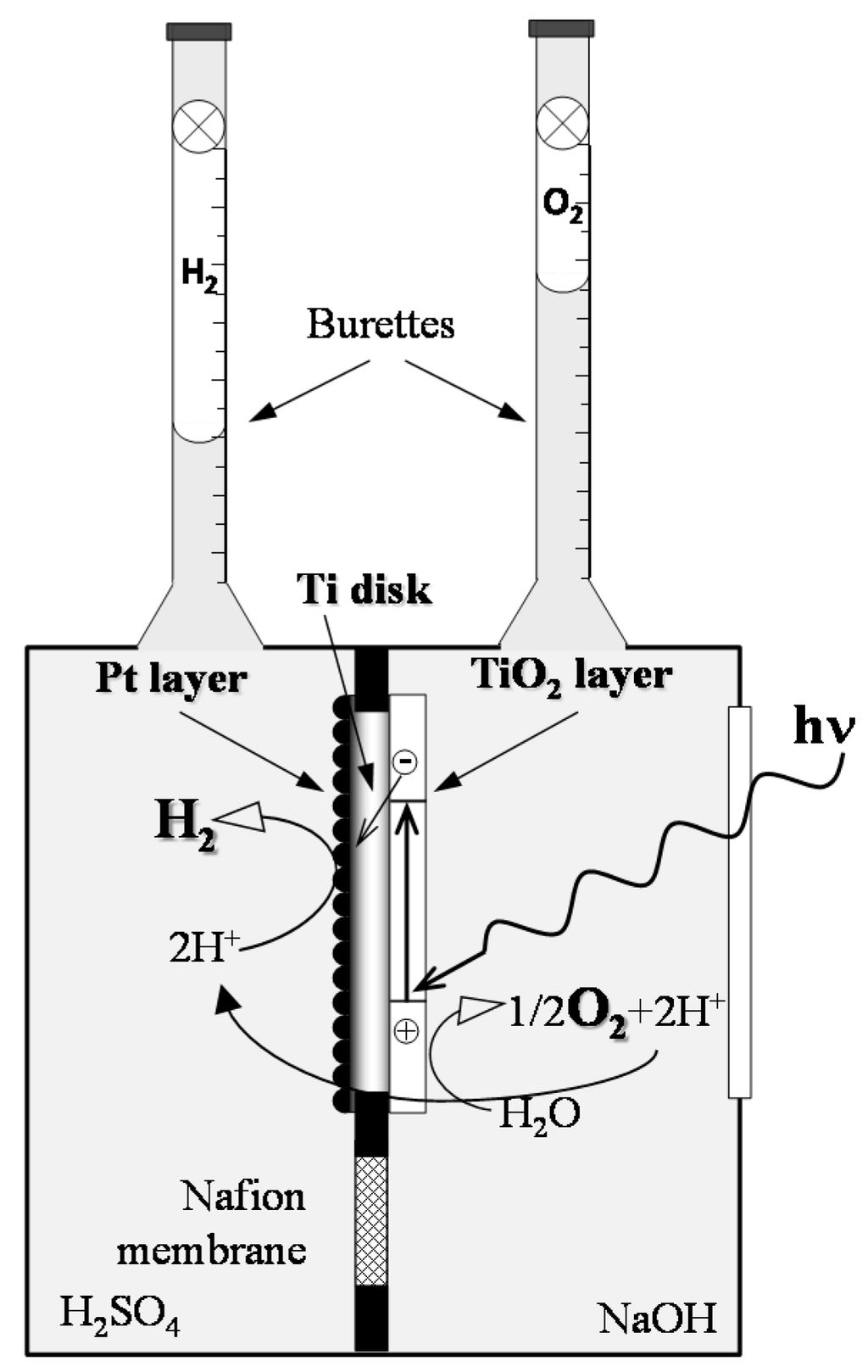