Nanoparticles Suitable for BCAA Isolation Can Serve for Use in Magnetic Lipoplex-Based Delivery System for L, I, V, or R-rich Antimicrobial Peptides
Next Article in Special Issue

The development of artificial surfaces which can regulate or trigger specific functions of living cells, and which are capable of inducing in vivo-like cell behaviors under in vitro conditions has been a long-sought goal over the past twenty years. In this work, an alternative, facile and cost-efficient method for mass-producible cellular templates is presented. The proposed methodology consists of a cost-efficient, two-step, all-wet technique capable of producing ZnO-based nanostructures on predefined patterns on a variety of substrates. ZnO—apart from the fact that it is a biocompatible material—was chosen because of its multifunctional nature which has rendered it a versatile material employed in a wide range of applications. Si, Si3N4, emulated microelectrode arrays and conventional glass cover slips were patterned at the micrometer scale and the patterns were filled with ZnO nanostructures. Using HeLa cells, we demonstrated that the fabricated nanotopographical features could promote guided cellular adhesion on the pre-defined micron-scale patterns only through nanomechanical cues without the need for further surface activation or modification. The basic steps of the micro/nanofabrication are presented and the results from the cell adhesion experiments are discussed, showing the potential of the suggested methodology for creating low-cost templates for engineered cellular networks. View Full-Text
Keywords: ZnO nanostructures; HeLa cells; selective adhesion; engineered cellular networks; nanotopography ZnO nanostructures; HeLa cells; selective adhesion; engineered cellular networks; nanotopography
►▼ Show Figures 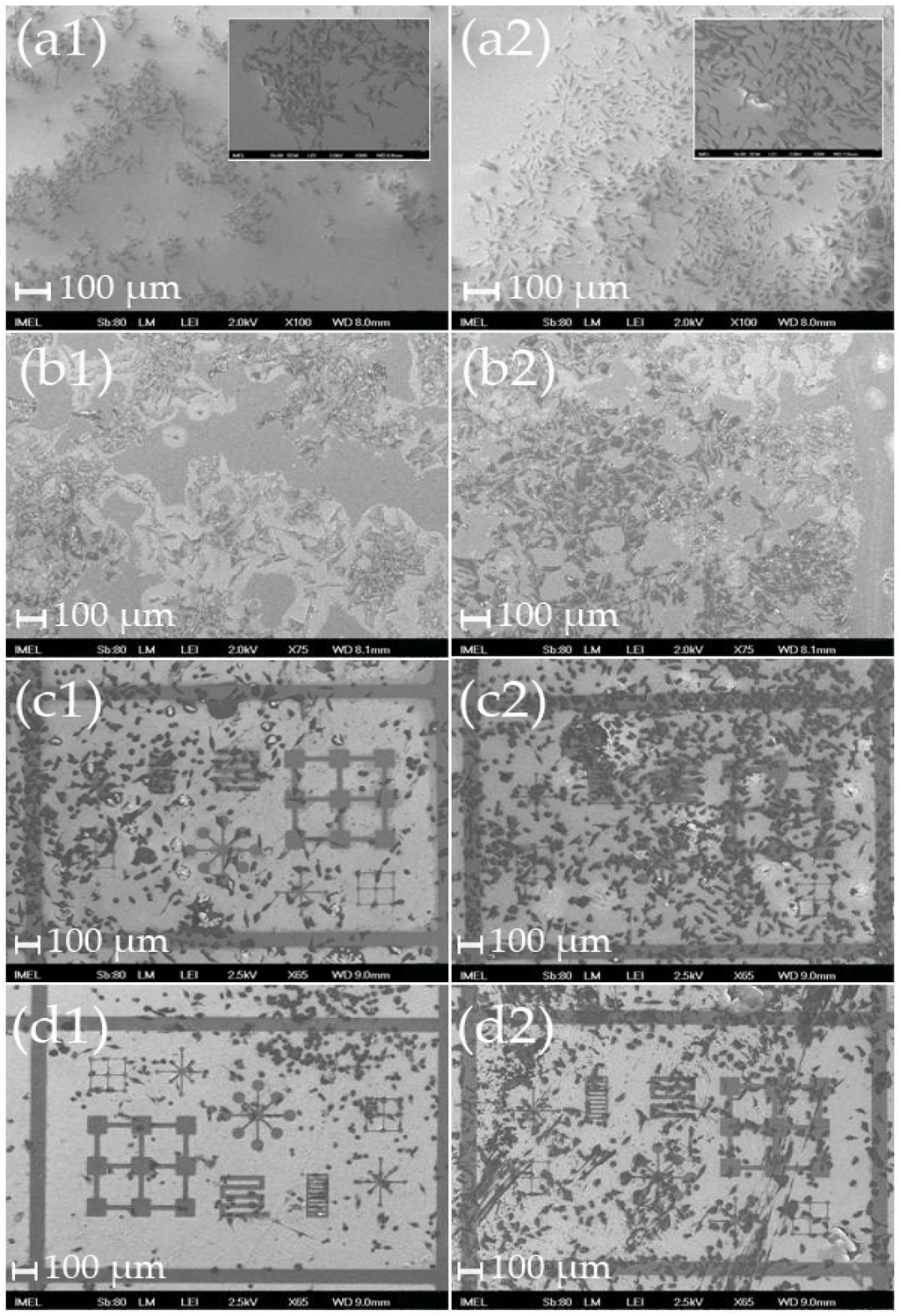