Y-TZP (Yttria partially stabilized tetragonal zirconia) Zirconia has become of interest in dentistry, because of its high flexural strength [1] and its well-known transformation toughening ability [2]. Conventional zirconia (3Y-TZP: Yttrium-cation-doped tetragonal zirconia polycrystals, typically 2–3 mol% Y2O3) shows translucency on human dentin level and is therefore not suitable for monolithic tooth restorations from the esthetic point of view [3].
Modifications of the microstructure and composition were conducted in recent years to accomplish an adequate esthetic appearance for full anatomical zirconia restorations. For example, the Al2O3 percentage was reduced from 0.25 to 0.05 wt % and customized with a smaller grain size. In addition, the Al2O3 grains were positioned on the grain boundaries of the ZrO2 grains. The survival time of all-ceramic systems is strongly related to the flexural strengths of the restoration, which is the result of the flexural strength of core and veneering material, and the bond strength between both materials [4,5]. Although excellent strengths were reported for the zirconia core material, many studies indicate fractures in the veneering ceramic [6,7]. To avoid this problem and to facilitate the fabrication process, the demand for zirconia restorations in a monolithic design without veneering has increased [8]. Different studies reported on a higher fracture resistance of monolithic zirconia crowns compared to conventional veneered versions [8,9].
Many test methods have been introduced to measure the flexural strength of brittle ceramic materials [10,11]. Among them biaxial, 3-point testing and 4-point testing have evolved to be the most common. In 3-point testing a non-uniform stress field under the loading piston is created, whereas in 4-point testing the stress field between the support rolls is uniform, which can lead to different flexural strength findings. Variations in specimen sizes and testing-methods lead to different flaw size populations and thus different strength measurements [11,12]. The problem with brittle ceramic materials is that inherent material inhomogeneity can induce flaws such as micro-cracks or grain pullouts throughout the volume or on the surface of a material. This can lead to catastrophic failure. The Weibull distributional assumption with its parameters Weibull modulus m and characteristic strength s tries to take the largest flaw population into account. Whereas s corresponds to the 63.2% failure probability, a high Weibull modulus m is associated with a higher reliability of the material.
Regarding surface preparation methods, several studies showed that the preparation of the specimen has an important influence on the obtained flexural strength data [13,14,15,16,17,18]. Therefore, the aim of this study was to investigate the influence of specimen preparation and the test method on the flexural strength and Weibull statistics of different monolithic zirconia materials. The underlying null hypothesis was that zirconia materials, the specimen preparation methods, as well as the flexural strength test methods do not influence the flexural strength values and the reliability of monolithic zirconia materials.

X-ray diffraction analysis (D8 Advance, Bruker AXS, Karlsruhe, Germany; settings: Bragg-Brentano Geometrie, Lynxeye-Dector in 1D-mode, nickel-kβ-filter) was employed to identify surface phase transformations. For each zirconia material, polishing and test method three specimens underwent XRD. Diffraction data were collected with Cu-Kα rays from the 2θ range between 25° and 40° with 40 kV, 40 mA and a step size of 0.02° and a scan time of 1.0 s/step, specimen rotation was 60 rpm. Under this condition of measurement the analyzed layer was 4.0–6.5 μm. The relative amount of monoclinic phase was calculated by means of the Garvie-Nicholson Equation modified through Toraya [21] (Equation (1)) using the maximum intensities of the reflexes It(101), Im und Im(111).
The volume fraction (Vm) is:

The power analysis was calculated in R (R, R Development Core Team, The R Foundation for Statistical Computing) using the data from our previous studies [22,23]. A sample size of 40 in each group will have 99% power to detect the difference of 200 MPa between two different flexural strength methods assuming that the common standard deviation is 178 MPa using the Students two sample t-test with the 0.017 two-sided significance level obtained after the Bonferroni correction (three tests between three different flexural strength methods within one zirconia material).
Anderson-Darling goodness-of-fit estimates were computed and the best fitting distributional assumption (normal or Weibull) was indicated by its smaller value. In addition, the assumption of normality of the data was investigated by means of the Kolmogorov-Smirnov test. Descriptive statistics mean, standard deviation (SD), and coefficient of variation (COV = SD/mean) together with the 95% confidence intervals (95% CI) for the mean were computed. A three-way ANOVA for flexural strength with respect to three factors: test method (TM: biaxial, 3-point, 4-point), specimen preparation (SP: before, after sintering), and zirconia material (ZM: C, Z, D) was computed using SPSS Version 22.0 (IBM Deutschland GmbH, Ehningen, Germany). These results were amended by one-way ANOVAs for test method and zirconia material factors within the combination of two other factors, separately. The two-sample t-test with Welch adjustment for differing variances was used to identify the influence of treatment within the combination of two other factors. In addition, the two-parameter Weibull distributional assumption was used to compute Weibull parameters (modulus = m and characteristic strength = s) with Least Squares and median rank plotting positions assumption [24,25]. Equal m, s, SD, and mean Bartlett’s modified likelihood ratio tests together with the appropriate Bonferroni post-hoc confidence interval were conducted with Minitab Version 14 (Minitab Ltd., Coventry, UK). Associations between two continuous variables were characterized by the non-parametric Spearman’s rho correlation. Results of statistical analysis with p-value smaller than 0.05, were considered to be statistically significant.

Table 4 depicts the Anderson-Darling goodness-of-fit estimates.
The Kolmogorov-Smirnov test showed that not all of the data were normally distributed (Table 5).
Additionally, the 2-parameter Weibull analysis was used to describe the flexural strength (Table 6). The data are presented in Figure 2. The 3-way ANOVA observed the impact of specimen preparation method on the Weibull modulus: Zirconia C specimen tested in 3-point flexural strength had a significant higher Weibull modulus when polished after sintering (p < 0.001).

No impact of zirconia material on flexural strength values was found for 3-point tested dry polished specimen and 4-point tested wet polished specimen (p = 0.671).
The biaxial test method showed considerably lower values for dry polished zirconia C material than for material Z and D (p < 0.001). In contrast, wet polished Zirconia D presented noticeably higher flexural strength values compared to C and Z (p = 0.034).
Within specimens polished after sintering and tested in 3-point flexural strength, material Z showed significantly lower values than C and D (p = 0.046). Within specimens polished before sintering and tested in 4-point flexural strength, material C indicated significantly lower values than Z (p < 0.001). D was not different to Z. It is difficult to discern patterns in the ZM effect, as they seem to act differently for each TM and SP combination.
An impact of tested zirconia materials on Weibull modulus was observed only for specimens prepared after sintering and tested in 3-point test. In this group, a significantly higher Weibull modulus for C than for Z and D was observed (p < 0.001). All other groups were in the same Weibull modulus range.

Dry polished specimens showed higher surface roughness compared to wet polished specimens. The surface roughness Ra values for the dry polishing method range from 0.31 to 0.41 μm and for the wet polishing method from 0.011 to 0.014 μm. An impact of zirconia materials (C, Z, D) was not observed. SEM pictures confirmed the results of the profilometric measurement (Figure 3). Roughness of the tested specimen was found to be associated with Weibull modulus (m) (Spearman’s rho correlation = 0.199, p = 0.428).

The volume fraction of the monoclinic phase at the surface was low (∼2%) for all tested specimens (Figure 4), no material was noticeable different.

The authors would like to thank Amann Girrbach, Wieland+Dental and Dental Direkt for supporting this study with materials. 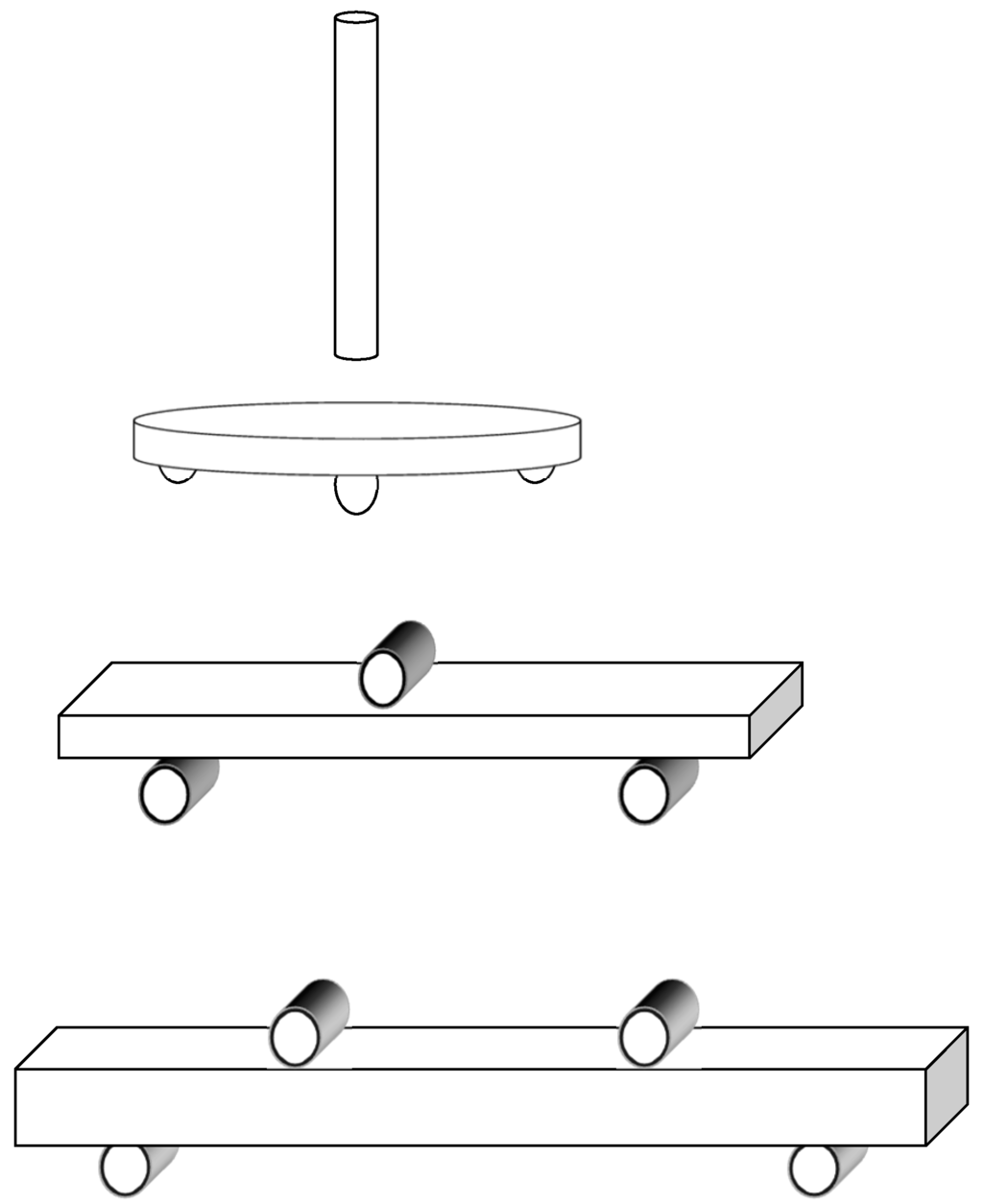 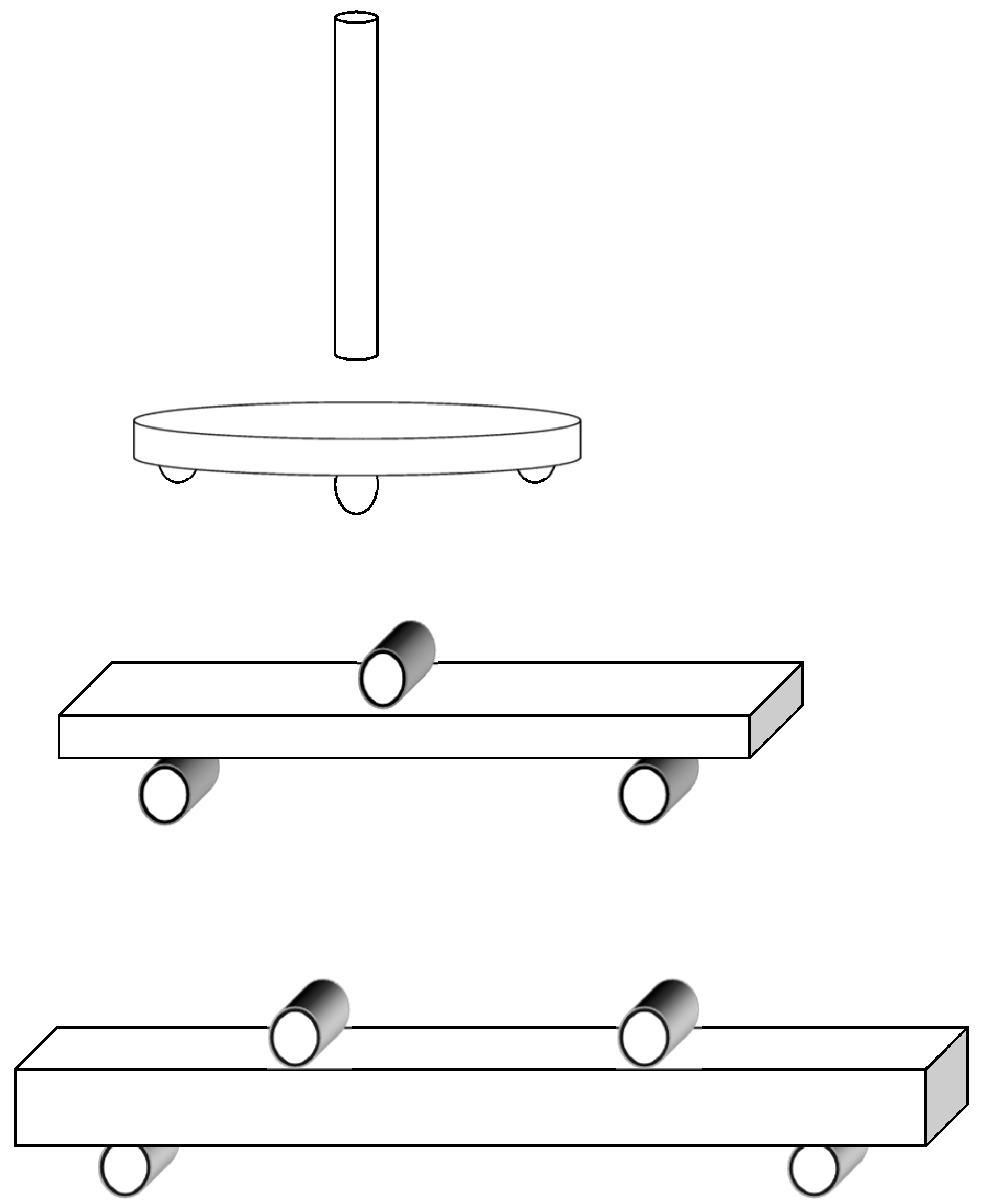 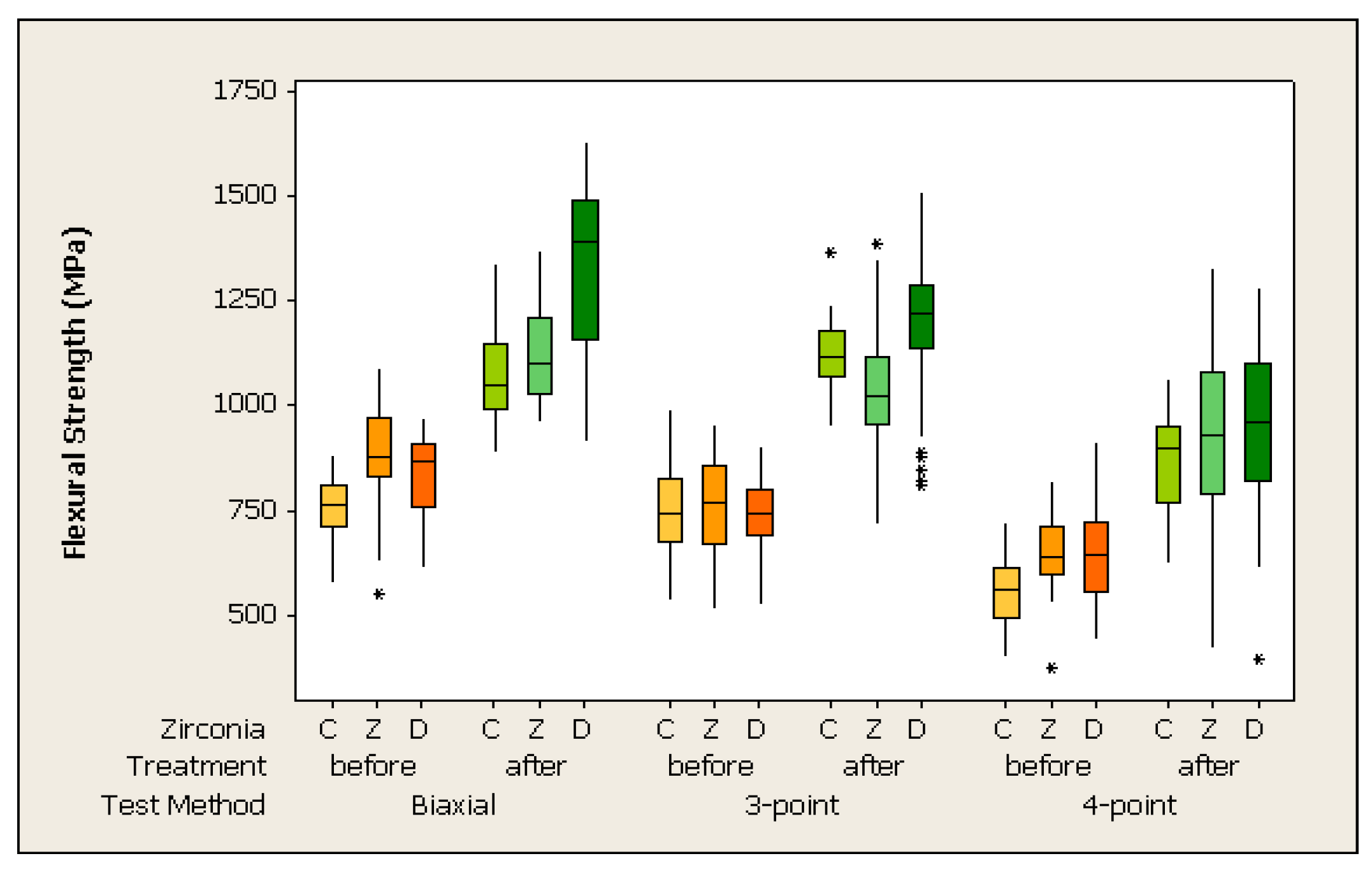 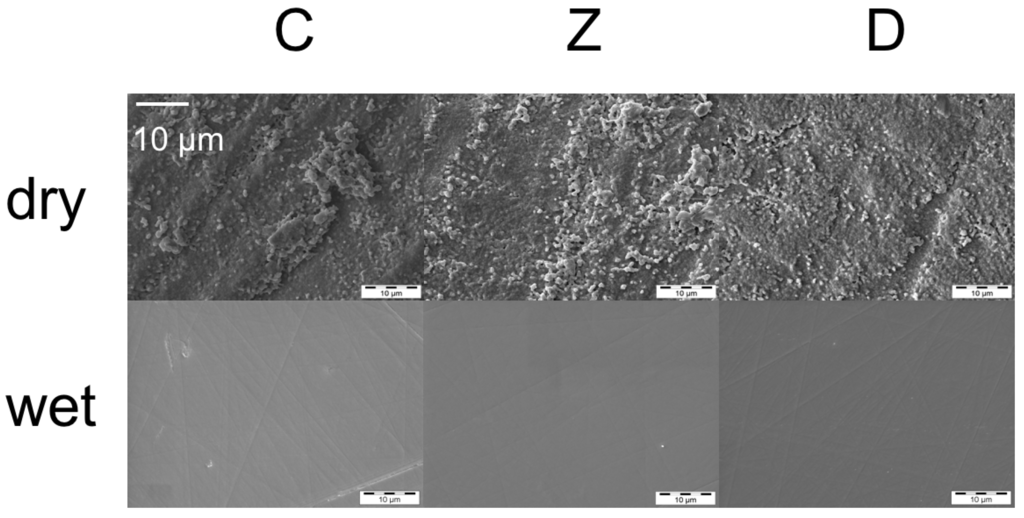 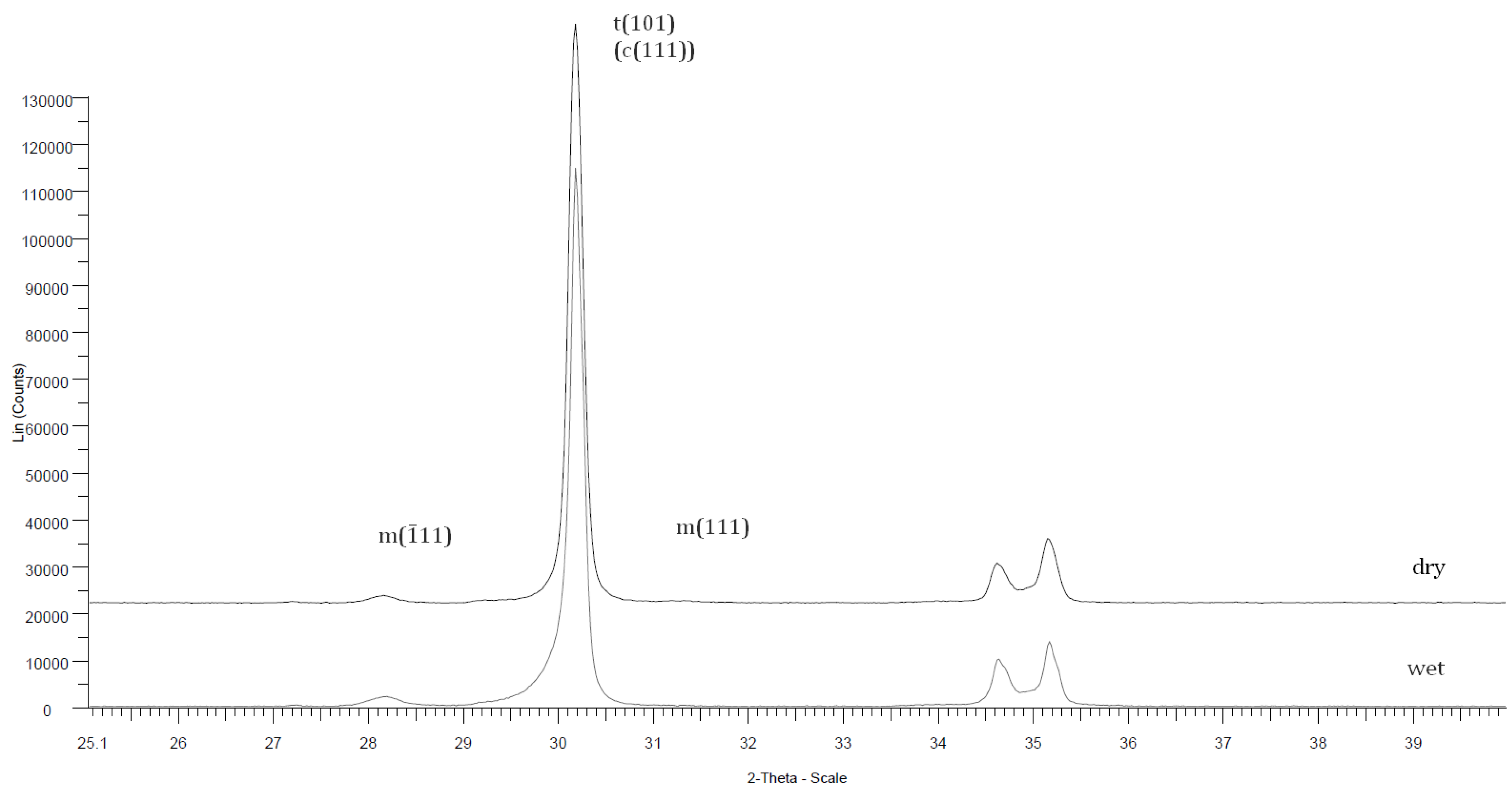 Table 3. Sintering parameters of all tested zirconia materials used in this study.