Lightweighting in the transportation industry is today recognized as one of the most important strategies to improve fuel efficiency and reduce anthropogenic climate-changing, environment-damaging, and human death-causing emissions. However, the structural applications of lightweight alloys are often limited by some inherent deficiencies such as low stiffness, high wear rate and inferior strength. These properties could be effectively enhanced by the addition of stronger and stiffer reinforcements, especially nano-sized particles, into metal matrix to form composites. In most cases three common strengthening mechanisms (load-bearing effect, mismatch of coefficients of thermal expansion, and Orowan strengthening) have been considered to predict the yield strength of metal matrix nanocomposites (MMNCs). This study was aimed at developing a unified model by taking into account the matrix grain size and porosity (which is unavoidable in the materials processing such as casting and powder metallurgy) in the prediction of the yield strength of MMNCs. The Zener pinning effect of grain boundaries by the nano-sized particles has also been integrated. The model was validated using the experimental data of magnesium- and titanium-based nanocomposites containing different types of nano-sized particles (namely, Al2O3, Y2O3, and carbon nanotubes). The predicted results were observed to be in good agreement with the experimental data reported in the literature. View Full-Text
Keywords: metal matrix nanocomposites; Orowan strengthening effect; Hall-Petch relationship; Zener pinning effect metal matrix nanocomposites; Orowan strengthening effect; Hall-Petch relationship; Zener pinning effect
►▼ Show Figures 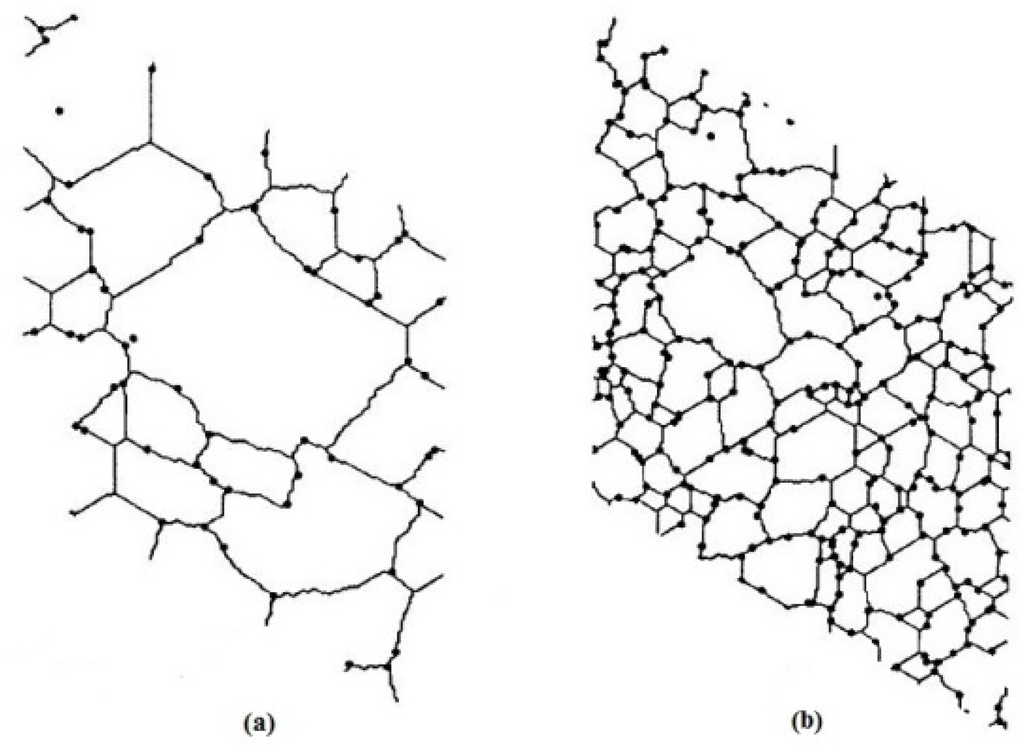