In this work, the effect of seven different sample orientations from 0° to 90° on pilot and non-pilot ignition of PMMA (poly(methyl methacrylate)) exposed to radiation has been studied with experimental and numerical methods. Some new and significant conclusions are drawn from the study, including a U-shape curve of ignition time and critical mass flux as sample angle increases for pilot ignition conditions. However, in auto-ignition, the ignition time and critical mass flux increases with sample angle α. Furthermore, a computational fluid dynamic model have been built based on the Fire Dynamics Simulator (FDS6) code to investigate the mechanisms controlling the dependence on sample orientation of the ignition of PMMA under external radiant heating. The results of theoretical analysis and modeling results indicate the decrease of total incident heat flux at sample surface plays the dominant role during the ignition processes of auto-ignition, but the volatiles gas flow has greater influence for piloted ignition conditions. View Full-Text
Keywords: orientation; piloted ignition; auto-ignition; critical mass flux orientation; piloted ignition; auto-ignition; critical mass flux
►▼ Show Figures 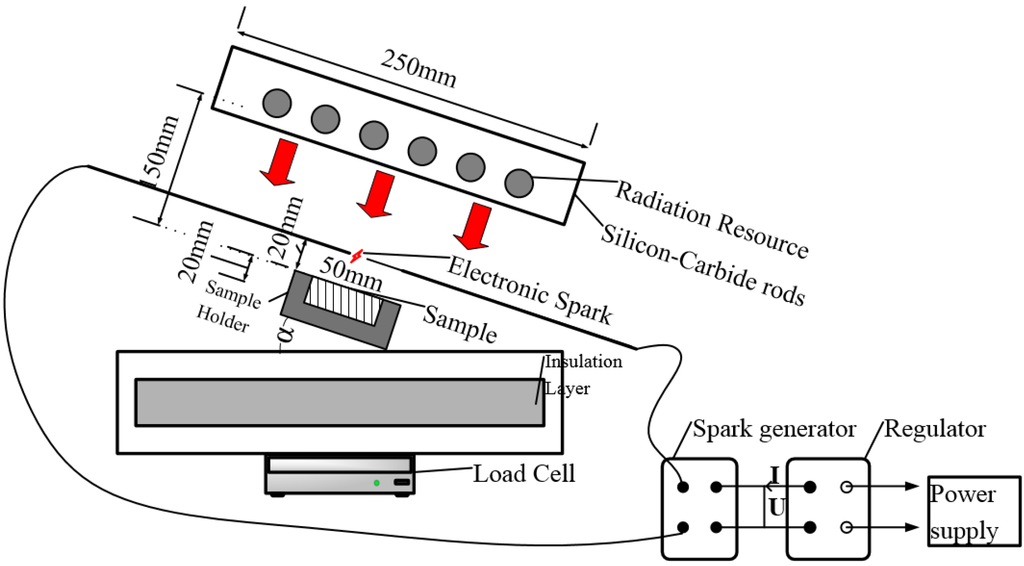