Pb2+ is considered to be a very toxic pollutant in the aquatic environmental media. Biopolymeric chitosan synthesized from snail shell has been studied for its potential to remove heavy metals from aqueous solution. The experiments were conducted in the range of 1–50 mg/L initial Pb2+ concentration at 298 K. The effects of pH, adsorbent dosage and contact time on the adsorptive property of the adsorbent were investigated and optimized. The derived chitosan was characterized using Fourier transform infrared spectrometer (FT-IR) and X-ray florescence (XRF). The experimental data obtained were analysed using the Langmuir and Freundlich adsorption isotherm models. The Langmuir model and pseudo second order kinetic model suitably described the adsorption and kinetics of the process with regression coefficient of 0.99 and 1.00, respectively. Sodium hydroxide was a better desorbing agent than hydrochloric acid and de-ionized water. From the results obtained, it is concluded that synthesized biopolymers from land snail shells has the potential for the removal of Pb2+ from aqueous solutions. View Full-Text
Keywords: adsorption; chitosan; kinetics; snail shells adsorption; chitosan; kinetics; snail shells
►▼ Show Figures 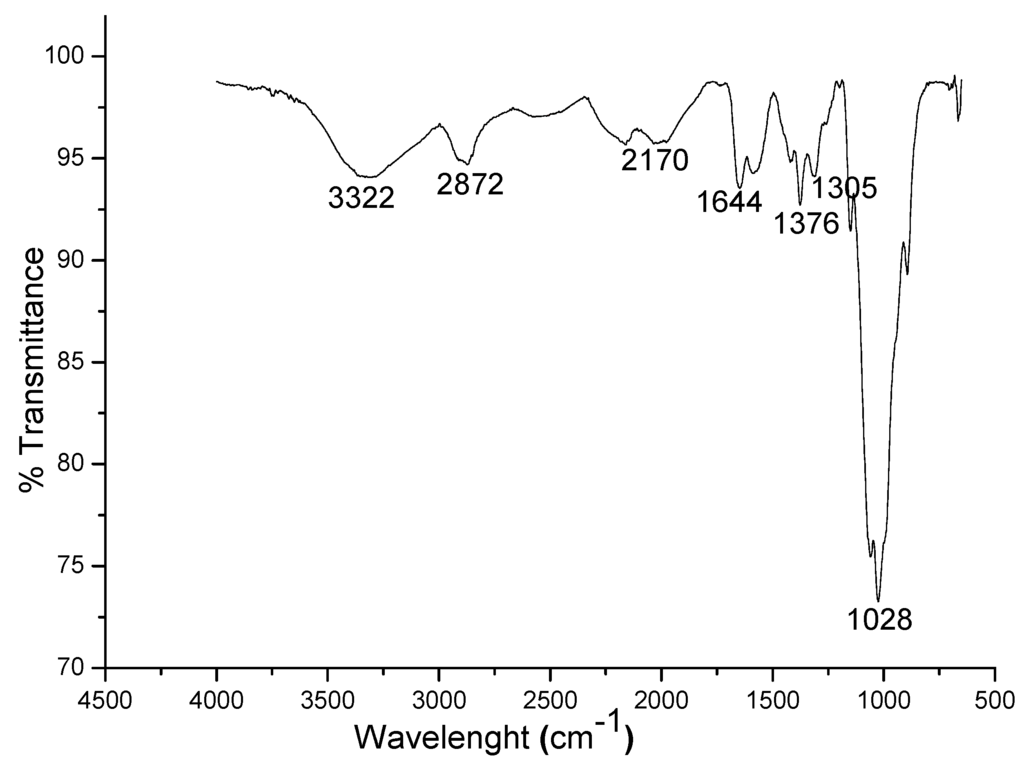