An increasing interest in the preservation of historic structures has produced a need for new methods for reinforcing curved masonry structures, such as arches and vaults. These structures are generally very ancient, have geometries and materials which are poorly defined and have been exposed to long-term historical movements and actions. Consequently, they are often in need of repair or reinforcement. This article presents the results of an experimental study carried out in the laboratory and during on-site testing to investigate the behaviour of brick masonry vaults under dynamic loading strengthened with FRPs (Fiber Reinforced Polymers). For the laboratory tests, the brick vaults were built with solid sanded clay bricks and weak mortar and were tested under dynamic loading. The experimental tests were designed to facilitate analysis of the dynamic behaviour of undamaged, damaged and reinforced vaulted structures. On-site tests were carried out on an earthquake-damaged thin brick vault of an 18th century aristocratic residence in the city of L’Aquila, Italy. The provision of FRP reinforcement is shown to re-establish elastic behavior previously compromised by time induced damage in the vaults. View Full-Text
Keywords: composite materials; vibration; brickwork masonry; mechanical testing composite materials; vibration; brickwork masonry; mechanical testing
►▼ Show Figures 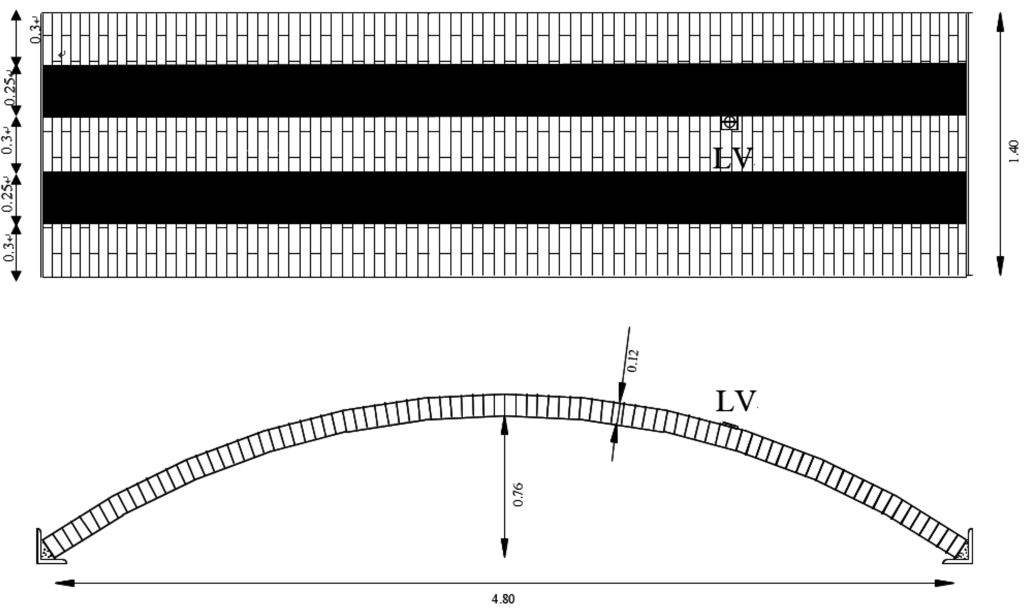