The demand for the development of underground spaces has been sharply increased in lieu of saturated ground spaces because the residents of cities have steadily increased since the 1980s. The traditional widely used excavation methods (i.e., explosion and shield) have caused many problems, such as noise, vibration, extended schedule, and increased costs. The vibration-free (and explosion-free) excavation method has currently attracted attention in the construction site because of the advantage of definitively solving these issues. For such reason, a new excavation method that utilizes the expansion of vermiculite with relatively fewer defects is proposed in this study. In general, vermiculite materials are rapidly expanded in volume when they receive thermal energy. Expansion pressure can be produced by thermal expansion of vermiculite in a steel tube, and measured by laboratory tests. The experimental tests are performed with various influencing parameters in an effort to seek the optimal condition to effectively increase expansion pressure at the same temperature. Then, calibrated expansion pressure is estimated, and compared to each model. After analyzing test results for expansion pressure, it is verified that vermiculite expanded by heat can provide enough internal pressure to break hard rock during tunneling work. View Full-Text
Keywords: key parameters; rock cracking; thermal expansion; vermiculite key parameters; rock cracking; thermal expansion; vermiculite
►▼ Show Figures 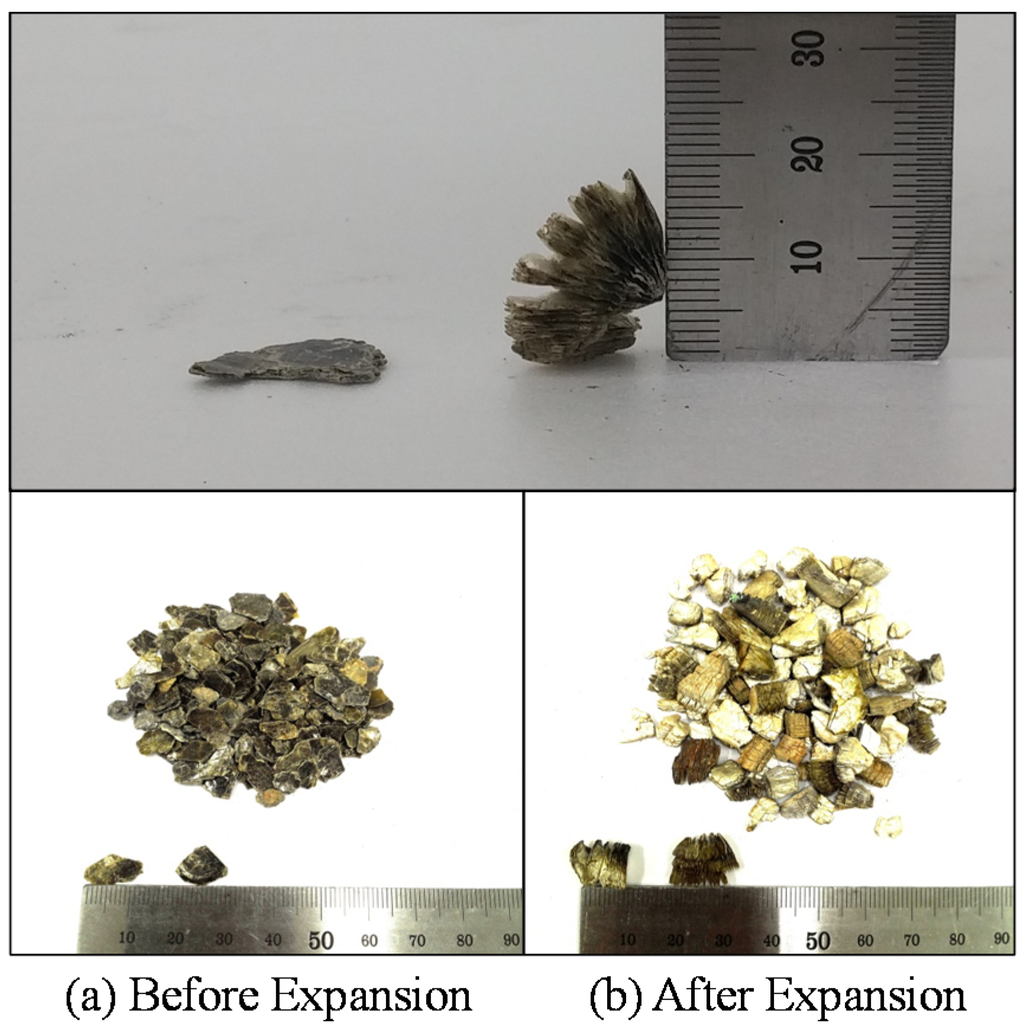