There is little question as to the mechanism of grain refinement in aluminum by Al–Ti, which is explained by TiAl3 acting as heterogeneous nucleating centers [1] as well as by peritectic theory. The size, morphology and quantity of the nuclei seem to be an important factor in determining the grain refining response of master alloys [8]. Most of the works on grain refining performance of Al–Ti and Al–Ti–B master alloys have been devoted to the influence of their chemical composition, parent–metal composition and processing parameters such as holding temperature, contact time, mechanical agitation and cooling rate on a grain refiner effectiveness [1,3,9]. However, some researchers have considered the effect of microstructure of master alloys on their grain refining response [2,10] and even used special techniques to reduce intermetallic crystals in master alloys in size for the improvement of their efficacy [4,11,12]. The purpose of this investigation was to examine the effect of various microstructures on grain refining performance of Al–Ti master alloys produced by thermal explosion reaction in pure molten aluminum at different temperature.

Arnberg [13] and Liu Xiangfa et al. [14] think that the morphologies of TiAl3 particles is related to the temperature of molten aluminum. Blocky TiAl3 could be obtained at low temperature (<850 °C), and needle plate/strip TiAl3 could be easily obtained at high melting temperature (higher than 1000 °C). Combined with the cooling rate, the TiAl3 form is divided into five regions, as shown in Figure 5 [14]. The block TiAl3 phase showed more fusible solution, diffusion, and needle like TiAl3 effect of refining time delay. In this paper, the experimental results are consistent with those reported in the literature. TiAl3 crystals are a tetragonal crystal system [15]. Blocky TiAl3 crystals were formed in the condition of Ti supersaturated crystallization. The TiAl3 nucleation driving force was enough to form atoms in the crystal and original surface nucleation because of Ti supersaturated state, which makes the fundamental equilibrium of each crystal TiAl3 increase and causes massive growth in three–dimensions. Therefore, in this experiment, master alloy 1# prepared at 800 degrees contains a large number of blocky particles. The blocky and needle-like TiAl3 in Master alloy 2# and 3# prepared at the higher temperature, dissolved gradually and resulted in Ti in a supersaturated state. From the thermodynamic stability of the particle, the TiAl3 crystallization again formed a larger sized TiAl3. Needle flake TiAl3 are two-dimensional dendrite crystals, marked the 100, 010, 110 crystal orientation, such that the direction of the growth rate is the same. However, due to the atomic density maximum 001 crystal, the direction of 001 growth rate is lowest [15]; therefore, needle flake TiAl3 was formed. In the process of heat preservation, the larger needle flake TiAl3 formed smaller TiAl3 particles by dissolving and recrystallization.

Figure 12 shows macrostructures at the bottom of commercial pure aluminum refined with three types of Al–5Ti master alloys holding for 120 min. It can be seen from Figure 12a–c that after a heat treatment time of 120 min, small lump-like or strip-like TiAl3 is not found in the precipitates of the refinement sample, which is due to the fact that in the case of less addition amount of alloy, the TiAl3 added into the aluminum melt has been melted and dissolved into the melt before it precipitates to the bottom of the sample and becomes the solute Ti [21] in the aluminum melt. The grain size reduction after 30 min of the holding time for master alloy 2# could be explained as follows. Staying longer in the melt, TiAl3 crystals gradually start to dissolve that leads to the reductions in their size and to the fragmentation of larger particles into smaller ones, which caused increase the number of TiAl3 particles. Because the number of TiAl3 particles is increased, the aluminum melt nuclei also increased. In the solidification process of aluminum melt, small particles of TiAl3 crystals could be the heterogeneous nuclei. Therefore, solidification sample of smaller grain size was obtained. Master alloy 1# contains a large number of blocky particles that impedes their fast dissolution and does not provide a obvious change on the equiaxed grain size at least within the studied range of the holding time. The initial quantities of TiAl3 also have an effect on the grain refinement result—their quantity in master alloy 2# is more than two times less than that in master alloy 1#.

The three types of Al–5Ti master alloys were synthesized by a method of thermal explosion reaction in the pure molten aluminum. The Al–5Ti master alloys were produced by reacting prefabricated blocks with molten aluminum. The prefabricated blocks were made through ball mixing and cold pressing of the main raw materials of Al powder (99.6%) and Ti powder (99.3%). The supplier and particle size of the powders have been given in Table 3. Commercial purity aluminum ingot was first cut and heated to a required temperature in a graphite crucible using a resistance furnace to hold the melt isothermally at 800, 1000 and 1000 °C respectively. It was then weighed to achieve a composition of Al–5Ti in the alloy. It was compacted to a cylindrical prefabricated block and added into the aluminum melt and left for 10, 10 and 30 min without introducing any stirring. Subsequently, the melts were stirred with a graphite rod for 30 s and mixed thoroughly. The mixed alloys were finally cast into a steel mold. Samples were sectioned from the final alloys and then prepared with standard metallographic procedure. The master alloys were characterized by RigakuD/max–A X–ray diffract meter (XRD, PW 3040/60, PANalytical, Rotterdam, The Netherlands), JSM–7500 scanning electron microscope (SEM, SSX–550 fitted with EDS equipment, Shimadzu Corporation, Kyoto, Japan) after etching with Busswell’s reagent. The synthesis parameters and composition of Al–5Ti master alloys have been given in Table 2.

For grain refinement, 150 g of commercial pure Al (99.97% purity, The Northwest Aluminum Company, Dingxi, Gansu, China) was melted in an electrical resistance furnace. The melt was brought to a temperature of 720 °C. Subsequently, the different additions of Al–5Ti master alloy (0.6%, 1.0%, 1.6%, 2.0%, and 3.0%) were added to the commercial pure Al melt, stirred thoroughly and held temperature for 5 min to ensure homogeneity of composition. In order to study the holding time on the grain refining effciency of commercial pure Al, 1.0 wt% Al–5Ti master alloy was added to the commercial pure Al melt, stirred thoroughly and held for 10, 30, 60 and 120 min at 720 °C respectively. After the slag of the melt was skimmed, the melt was poured into a cylindrical steel mold with size of 50 mm × 25 mm on a fire clay brick. In order to investigate the precipitates to the bottom of the sample, the refined samples, which were made through the above method and preserved for 120 min were naturally cooled in the crucible. All of the samples were etched by a reagent (60% HCl + 30% HNO3 + 5% HF + 5% H2O, the compositions here are in volume fraction). Lastly, images were taken for each sample to analyze their macrostructures. The grain sizes were measured with the linear intercept method.

The sizes, morphologies and quantities of TiAl3 crystals of Al–5Ti master alloys were found to affect the pattern of the grain refining properties with the holding time. The grain refinement effect was revealed to decrease markedly for needle-like TiAl3 crystals and to show the further significant improvement at a longer holding time for both larger needle-like and blocky TiAl3 particles. For the finer blocky particles, the grain refining effect did not show an obvious decrease during the whole studied range of time.

This research was financially supported by the National Natural Science Foundation of China (No. 50965012). The authors would like to acknowledge the financial support of the Natural Science Foundation of Gansu Province in China (Grant No. 1308RJYA088; 1308RJZA291) and the science and technology plan project of Wenzhou of Zhejiang Province in China (Grant No. H 20090037).

Wanwu Ding interpreted the results and wrote the manuscript. Wanwu Ding and Wenjun Zhao performed experiments under the guidance of Tiandong Xia. All contributed to the discussions. 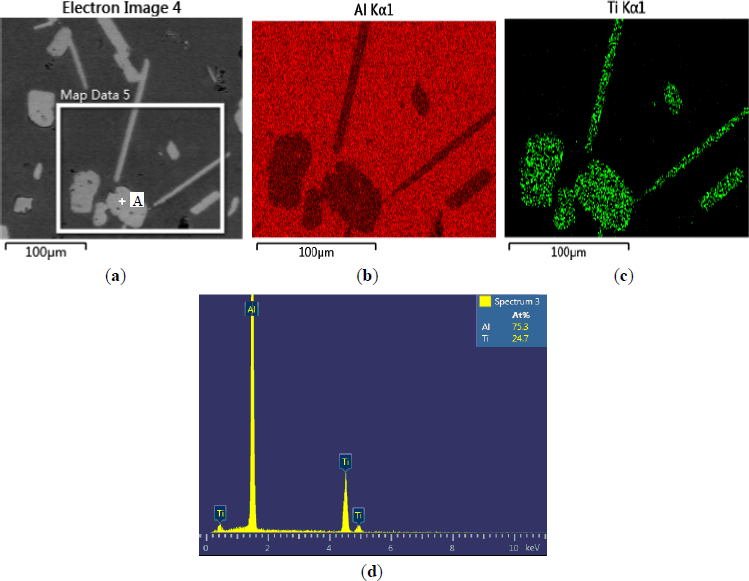 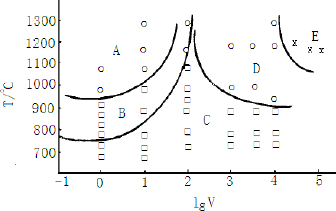 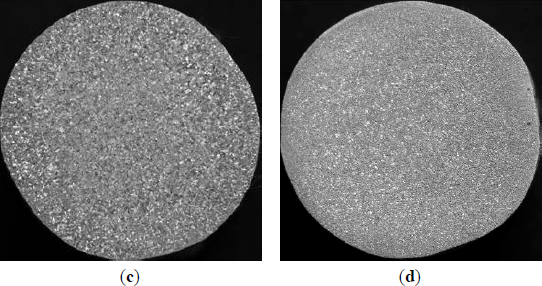 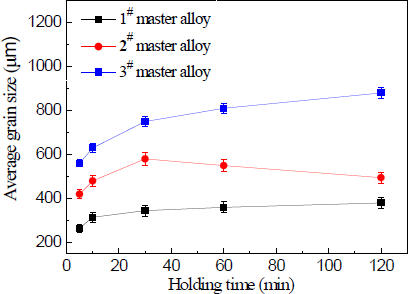 Table 2. The synthesis parameters and composition of Al–5Ti master alloys.