The two structural modifications of Cu60Pd40 were synthesized as bulk powders and tested as unsupported model catalysts in the semi-hydrogenation of acetylene. The partly ordered low-temperature modification (CsCl type of structure) showed an outstanding ethylene selectivity of >90% over 20 h on stream while the disordered high-temperature modification (Cu type of structure) was 20% less selective, indicating an influence of the degree of order in the crystal structure on the catalytic properties. The results are supported by XRD and in situ XPS experiments. The latter suggest the existence of partly isolated Pd sites on the surface. In situ PGAA investigations proved the absence of metal hydride formation during reaction. Quantum chemical calculations of the electronic structure of both modifications using the CPA-FPLO framework revealed significant differences in their respective density of states, thus still leaving open the question of whether the degree of structural order or/and the electronic hybridization is the decisive factor for the observed difference in selectivity. View Full-Text
Keywords: Cu60Pd40; intermetallic compound; alloy; semi-hydrogenation; phase transition Cu60Pd40; intermetallic compound; alloy; semi-hydrogenation; phase transition
►▼ Show Figures 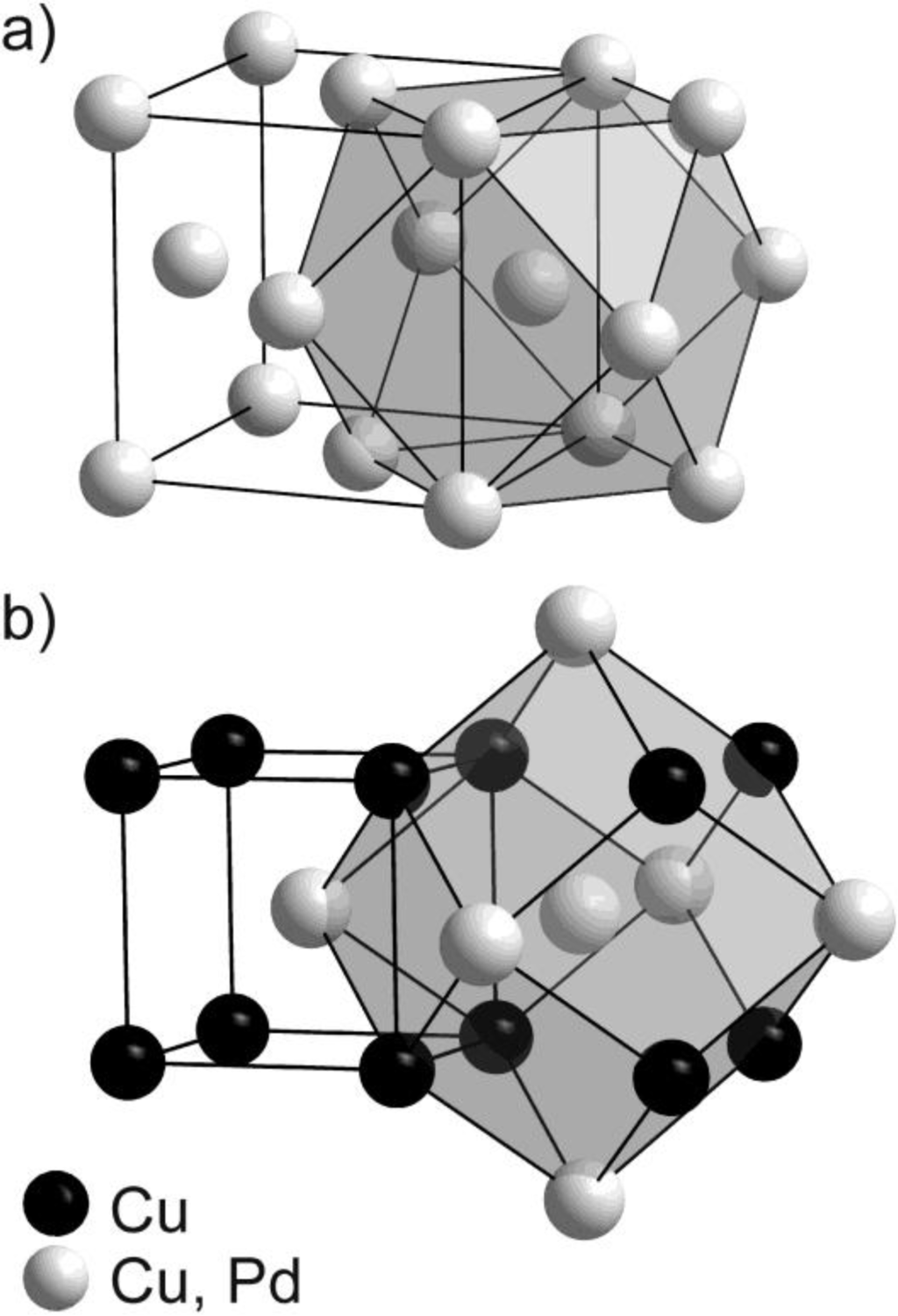