Recently, many nanomedical studies have been focused on magnetic nanoparticles (MNPs) because MNPs possess attractive properties for potential uses in imaging, drug delivery, and theranostics. MNPs must have optimized size as well as functionalized surface for such applications. However, careful cytotoxicity and genotoxicity assessments to ensure the biocompatibility and biosafety of MNPs are essential. In this study, Fe3O4 MNPs of different sizes (approximately 10 and 100–150 nm) were prepared with different functional groups, hydroxyl (–OH) and amine (–NH2) groups, by coating their surfaces with tetraethyl orthosilicate (TEOS), 3-aminopropyltrimethoxysilane (APTMS) or TEOS/APTMS. Differential cellular responses to those surface-functionalized MNPs were investigated in normal fibroblasts vs. fibrosarcoma cells. Following the characterization of MNP properties according to size, surface charge and functional groups, cellular responses to MNPs in normal fibroblasts and fibrosarcoma cells were determined by quantifying metabolic activity, membrane integrity, and DNA stability. While all MNPs induced just about 5% or less cytotoxicity and genotoxicity in fibrosarcoma cells at lower than 500 μg/mL, APTMS-coated MNPs resulted in greater than 10% toxicity against normal cells. Particularly, the genotoxicity of MNPs was dependent on their dose, size and surface charge, showing that positively charged (APTMS- or TEOS/APTMS-coated) MNPs induced appreciable DNA aberrations irrespective of cell type. Resultantly, smaller and positively charged (APTMS-coated) MNPs led to more severe toxicity in normal cells than their cancer counterparts. Although it was difficult to fully differentiate cellular responses to various MNPs between normal fibroblasts and their cancer counterparts, normal cells were shown to be more vulnerable to internalized MNPs than cancer cells. Our results suggest that functional groups and sizes of MNPs are critical determinants of degrees of cytotoxicity and genotoxicity, and potential mechanisms of toxicity. View Full-Text
Keywords: magnetic nanoparticles; surface functionalization; biocompatibility; normal cells; cancer cell magnetic nanoparticles; surface functionalization; biocompatibility; normal cells; cancer cell
►▼ Show Figures 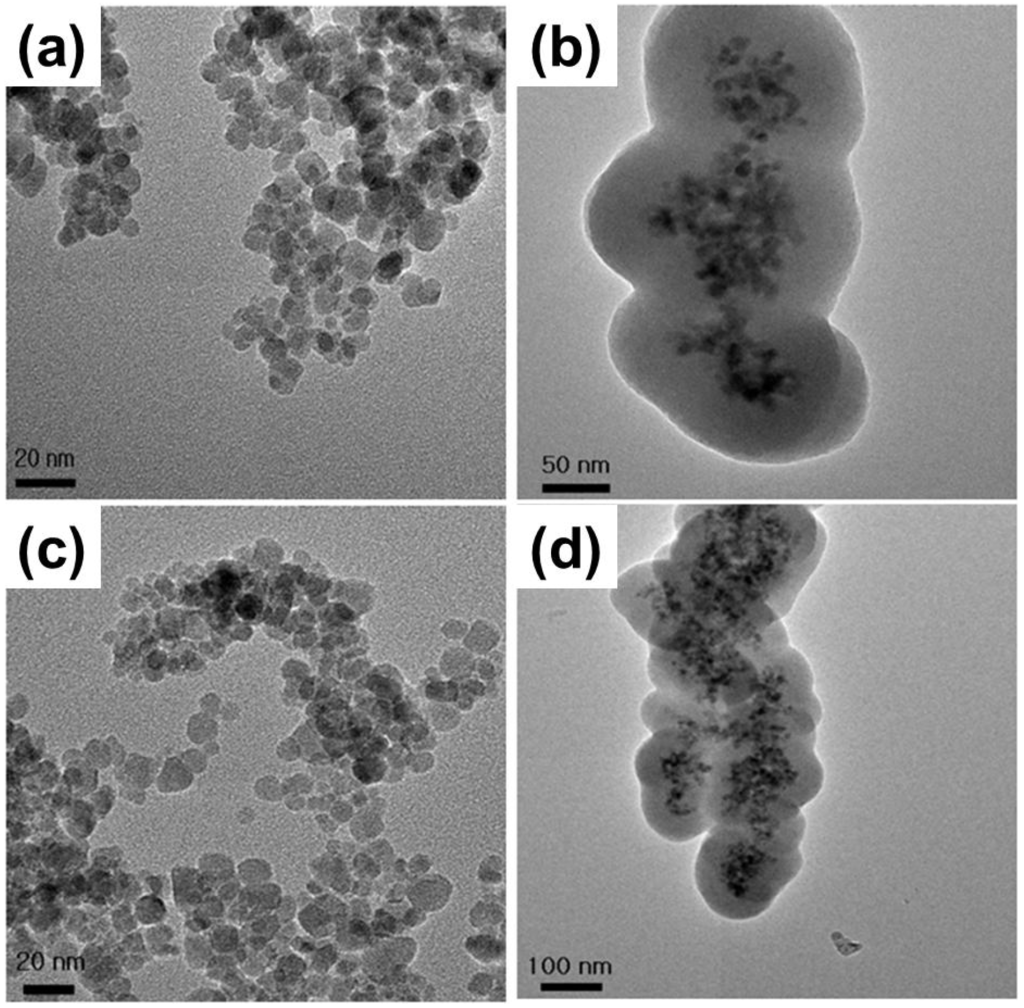