In this study, the decolorization of industrial textile wastewaters was studied in batch mode using spent “Greek coffee” grounds (COF) as low-cost adsorbents. In this attempt, there is a cost-saving potential given that there was no further modification of COF (just washed with distilled water to remove dirt and color, then dried in an oven). Furthermore, tests were realized both in synthetic and real textile wastewaters for comparative reasons. The optimum pH of adsorption was acidic (pH = 2) for synthetic effluents, while experiments in free pH (non-adjusted) were carried out for real effluents. Equilibrium data were fitted to the Langmuir, Freundlich and Langmuir-Freundlich (L-F) models. The calculated maximum adsorption capacities (Qmax) for total dye (reactive) removal at 25 °C was 241 mg/g (pH = 2) and 179 mg/g (pH = 10). Thermodynamic parameters were also calculated (ΔH0, ΔG0, ΔS0). Kinetic data were fitted to the pseudo-first, -second and -third order model. The optimum pH for desorption was determined, in line with desorption and reuse analysis. Experiments dealing the increase of mass of adsorbent showed a strong increase in total dye removal. View Full-Text
Keywords: industrial textile wastewaters; coffee wastes; batch studies; adsorption; dyes; decolorization industrial textile wastewaters; coffee wastes; batch studies; adsorption; dyes; decolorization
►▼ Show Figures 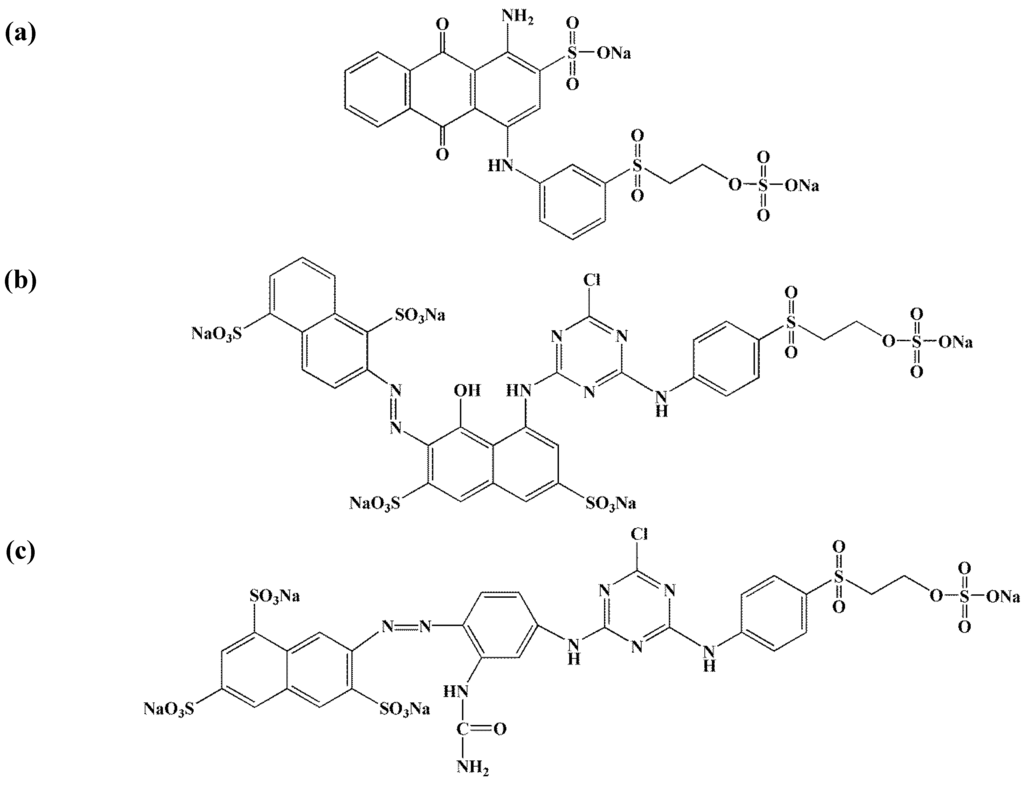