When Blood Is Touched

Spider silk is an interesting biomaterial for medical applications. Recently, a method for production of recombinant spider silk protein (4RepCT) that forms macroscopic fibres in physiological solution was developed. Herein, 4RepCT and MersilkTM (control) fibres were implanted subcutaneously in rats for seven days, without any negative systemic or local reactions. The tissue response, characterised by infiltration of macrophages and multinucleated cells, was similar with both fibres, while only the 4RepCT-fibres supported ingrowth of fibroblasts and newly formed capillaries. This in vivo study indicates that 4RepCT-fibres are well tolerated and could be used for medical applications, e.g., tissue engineering. View Full-Text
Keywords: spider silk; recombinant; biocompatibility; in vivo spider silk; recombinant; biocompatibility; in vivo
►▼ Show Figures 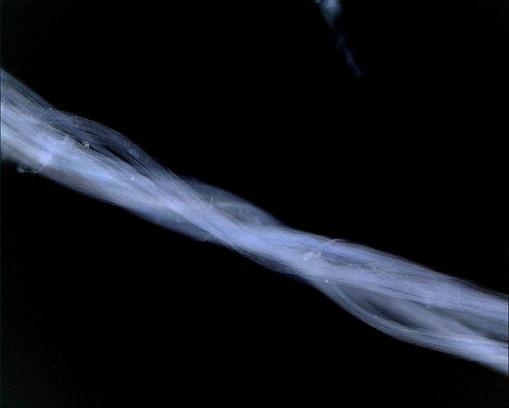